Myanmar soldiers are seen inside City Hall in Yangon on Monday. (Reuters photo)

Myanmar's army declared a state of emergency on Monday as it said it carried out detentions of senior government leaders in response to fraud during last year's general election.

A video address broadcast on military-owned television said power had been handed to the commander-in-chief of the armed forces, Sr Gen Min Aung Hlaing.

Myanmar leader Aung San Suu Kyi and other senior figures from the ruling party have been detained in an early morning raid, the spokesman for the governing National League for Democracy said on Monday.

The move comes after days of escalating tension between the civilian government and the powerful military that stirred fears of a coup in the aftermath of an election the army says was fraudulent.

Spokesman Myo Nyunt told Reuters by phone that Suu Kyi, President Win Myint and other leaders had been "taken" in the early hours of the morning.

"I want to tell our people not to respond rashly and I want them to act according to the law," he said, adding he also expected to be detained.

A military spokesman did not answer phone calls seeking comment.

An NLD lawmaker, who asked not to be named for fear of retaliation, said another of those detained was Han Thar Myint, a member of the party's central executive committee.

Myanmar state media MRTV is having technical issues and is unable to broadcast, the network said on Monday, just hours after the NLD said leader Suu Kyi and other senior figures were detained. 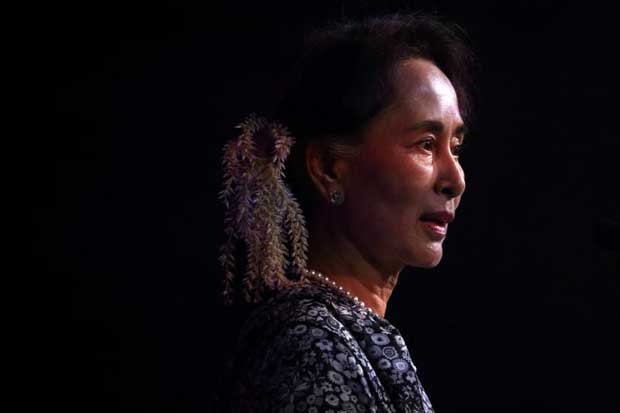 "Due to current communication difficulties we'd like to respectfully inform you that the regular programmes of MRTV and Myanmar Radio cannot be broadcast," Myanmar Radio and Television said on a post on its Facebook page.

Soldiers were deployed outside City Hall in Myanmar's main city of Yangon, a witness contacted by telephone said.

The witness said that a dozen soldiers were in front of the building that houses the city administration while several military trucks and vans stood nearby.

Boeing's Starliner faces one more challenge as it returns to Earth

Pfizer offers to sell medicines at cost to poorest countries