Spiderman drops in to see the Pope
World

A person dressed as Spiderman sits among the faithful listening to Pope Francis during his weekly general audience in the San Damaso courtyard at the Vatican, in this still image taken from video on Wednesday. (Vatican Media/Reuters images)

A man dressed in a full, skin-tight, red, black and blue costume of the comic book character - including head cover - was sitting in a VIP section of the audience in Vatican's San Damaso Courtyard.

He sat quietly next to a priest dressed in black who appeared to be unperturbed by the colourful character with big white eyes in the next seat.

It was not immediately clear why Spiderman had dropped in. 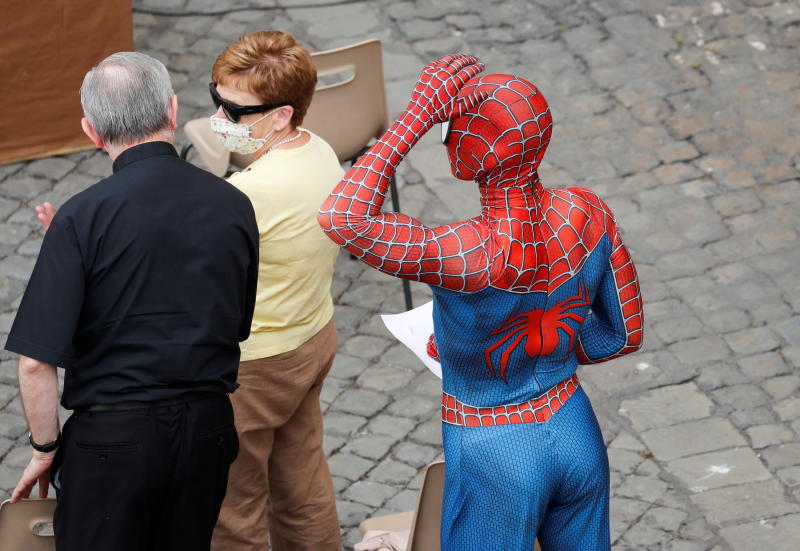 A person dressed as Spiderman stands amongst the faithful listening to Pope Francis at the general audience at the Vatican on Wednesday.

Road to ruin: Double tax and bandits on the Pakistan-Afghan trade route

Ever Given finally arrives in Rotterdam after Suez block