A man uses a carpet to cover a body on the ground after bombings on the eastern Ukraine town of Chuguiv on Wednesday, as Russian armed forces try to invade Ukraine from several directions, using rocket systems and helicopters to attack Ukrainian positions in the south, the border guard service said. (AFP photo)

The latest updates from multiple news agencies on the Russian invasion of Ukraine:

*Ukraine has cut diplomatic ties with Russia and will not give up its independence, President Volodymyr Zelenskiy said in a televised briefing from Kyiv.  Zelenskiy said Ukrainian forces were defending themselves, and Russia was unable to break through the line of contact in Ukraine’s east.

* EU leaders will discuss “a package of massive, targeted sanctions” that will target Russian banks, among other steps, Ursula von der Leyen, head of the European Commission, told reporters. “We will target strategic sectors of the Russian economy by blocking their access to technologies and markets that are key for Russia,” Von der Leyen said. “We will weaken Russia’s economic base and its capacity to modernise."

* Beijing refused to condemn the attack and repeated criticism that the United States was to blame for “hyping” the prospect of war in Eastern Europe. Foreign Ministry spokesperson Hua Chunying said China and Russia were strategic partners, and trade would continue as normal.

* Russia subdued Ukrainian air defences and knocked out the country’s military airbases, the Russian agency Interfax claimed, citing the Defence Ministry. The military said Ukrainian border guards were not putting up resistance to Russian forces, according to Interfax.

* At least eight people have been killed and nine wounded by Russian shelling, an advisor to the Ukrainian Minister of Internal Affairs said.

* Foreign Minister Dmytro Kuleba said in a tweet that Putin has “launched a full-scale invasion of Ukraine” and cities are under airstrikes.

* Ukrainian military command centres in the cities of Kyiv and Kharkiv have reportedly been attacked by missile strikes.

* US President Biden says "the world will hold Russia accountable".

* Putin calls on Ukrainian soldiers to immediately lay down their weapons and go home.

* Putin says, "We do not plan to occupy Ukrainian territory".

* US envoy tells UN Security Council, "We believe, along with Ukraine, that a full-scale, further invasion into Ukraine by Russia is imminent".

* Putin says further Nato expansion and its use of Ukraine's territory is unacceptable. 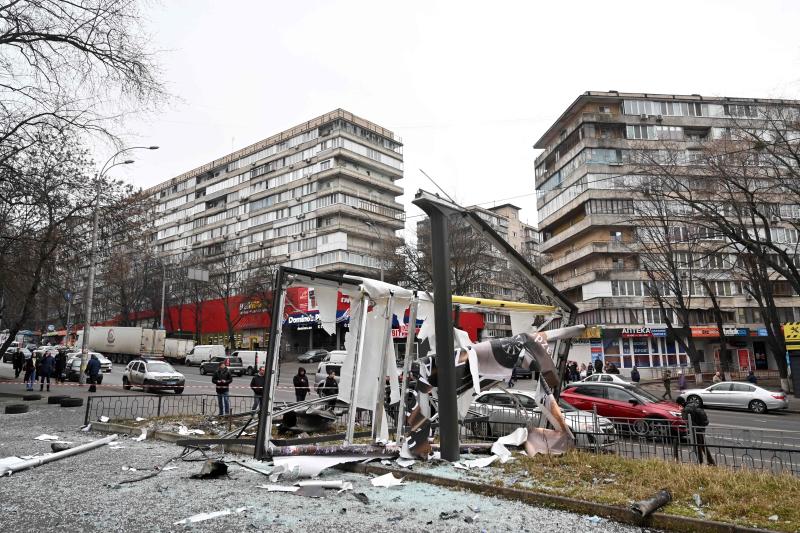 People are seen outside the cordoned-off area around the remains of a shell in a street in Kyiv on Wednesday. (AFP photo) 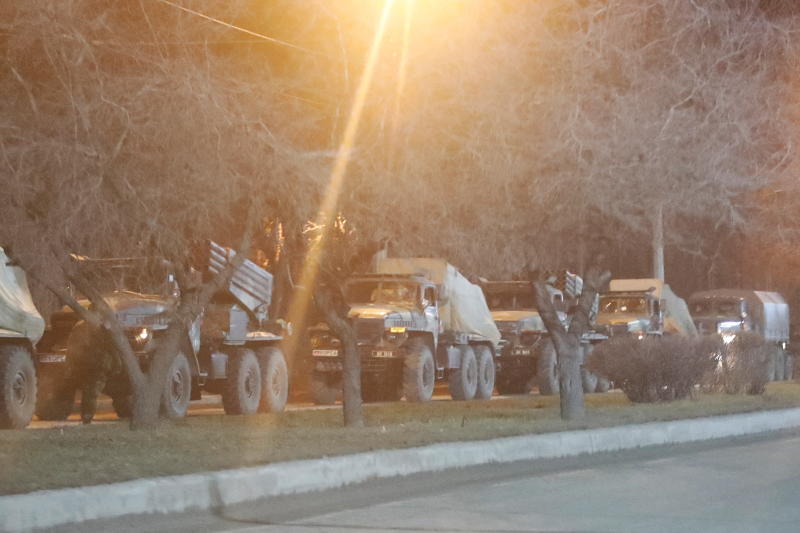 Military vehicles are seen on a street on the outskirts of the separatist-controlled city of Donetsk, Ukraine on Wednesday. (Reuters photo) 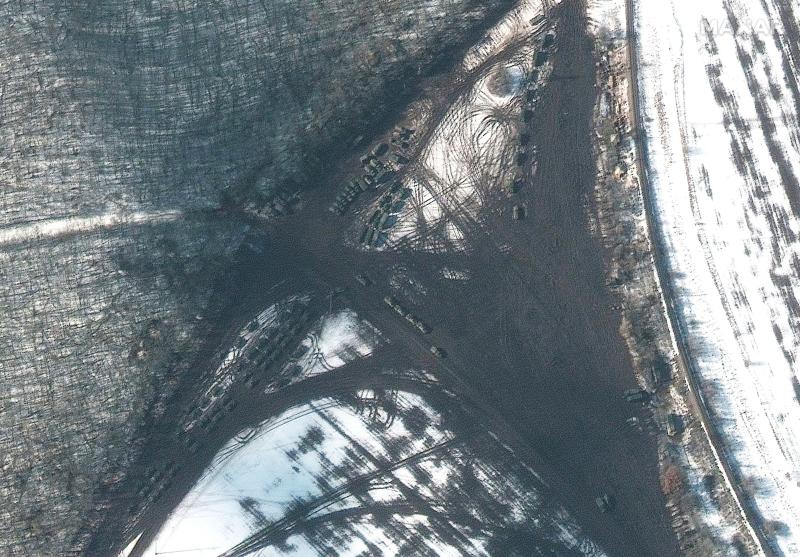 A satellite image shows a battle group in deployment in Krasnaya, Yaruga, Russia on Wednesday. (Courtesy of Satellite image 2022 Maxar Technologies/Handout via REUTERS)