Monkeypox: A rare virus on the rise
World

An image created during an investigation into an outbreak of monkeypox, which took place in the Democratic Republic of the Congo (DRC), 1996 to 1997, shows the hands of a patient with a rash due to monkeypox, in this undated image obtained by Reuters on May 18, 2022.

But while the transmissions have created some alarm among officials and infectious disease experts, and while a Covid-19-weary world is on high alert for new outbreaks, there are several reasons monkeypox is not being treated with the same level of concern as the coronavirus.

Here is what to know about monkeypox and the risks it poses.

Monkeypox is a virus endemic in parts of Central and West Africa. It is a more benign version of smallpox.

It was discovered in 1958, after outbreaks occurred in monkeys kept for research, according to the Centers for Disease Control and Prevention (CDC) of the United States.

Monkeypox creates a rash that starts with flat red marks that become raised and filled with pus. Infected people will also have a fever and body aches.

Symptoms typically appear in six to 13 days but can take as long as three weeks after exposure. They can last for two to four weeks, with severe cases occurring more commonly among children, according to the World Health Organization (WHO).

The CDC says there is “no proven, safe treatment” for monkeypox, but the Food and Drug Administration (FDA) has approved the use of smallpox vaccines and antiviral treatments to control outbreaks. 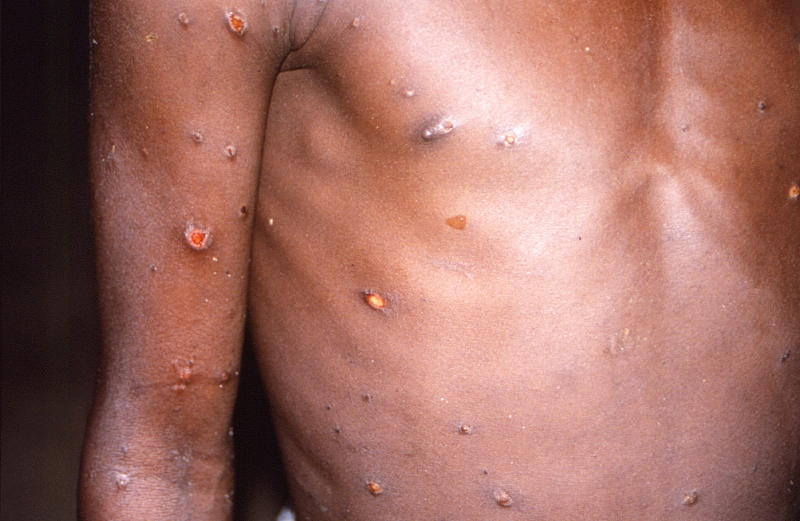 An image created during an investigation into an outbreak of monkeypox, which took place in the Democratic Republic of the Congo, 1996 to 1997, shows the arms and torso of a patient with skin lesions due to monkeypox, in this undated image obtained by Reuters on May 18, 2022.

Typically, it does not lead to major outbreaks — in most years there are just a handful of cases outside Africa, if any. The most severe outbreak in the United States came in 2003, when dozens of cases were linked to exposure to infected prairie dogs and other pets. It was the first time there had been a monkeypox outbreak outside of Africa, according to the WHO.

Within Africa, 11 countries have reported cases since 1970, when the first human case was identified in a 9-year-old boy in the Democratic Republic of Congo. Nigeria has experienced a large outbreak, with more than 500 suspected cases and 200 confirmed cases since 2017, the WHO said.

The virus can spread via body fluids, skin contact and respiratory droplets. The majority of cases this year have been in young men, many of whom self-identified as men who have sex with men.

“Most cases presented with lesions on the genitalia or peri-genital area, indicating that transmission likely occurs during close physical contact during sexual activities,” the European Centre for Disease Prevention and Control said Friday.

- How many cases have there been this year, and where have they been? -

There have been 38 cases worldwide this year as of Thursday, including 37 with no history of travel to endemic countries, according to the European Centre for Disease Prevention and Control. Britain reported an additional 11 cases Friday.

In the US, the first case of 2022 was diagnosed in Massachusetts on Wednesday. The man had recently travelled to Canada, which has had two cases this year.

New York City health authorities said Friday that they had tested two patients who were under investigation for possible monkeypox.

“One case has been ruled out, and another has been identified as positive for Orthopoxvirus, the family of viruses to which monkeypox belongs,” the city Department of Health and Mental Hygiene said on Twitter. Confirmation for monkeypox was pending testing by the CDC, it said.

Europe has been hit harder. As of Thursday, Portugal had reported 17 cases; Spain has had seven; Belgium has had two; and France, Italy and Sweden have each had one.

Britain had reported nine cases as of Thursday, but Sajid Javid, Britain’s health secretary, said Friday that the number had risen to 20. The WHO said Thursday that the country’s infections appeared to be locally acquired, but “the extent of local transmission is unclear at this stage and there is the possibility of identification of further cases.”

None of the infected people have died, according to the European Centre for Disease Prevention and Control. 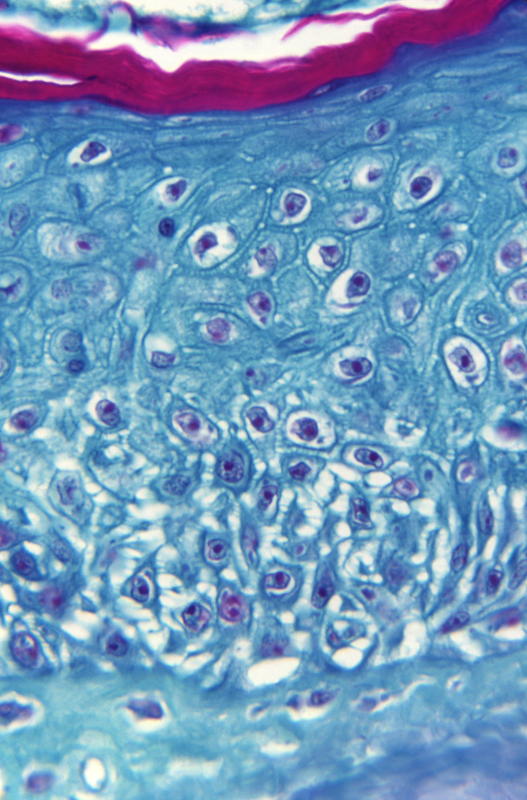 A section of skin tissue, harvested from a lesion on the skin of a monkey, that had been infected with monkeypox virus, is seen at 500X magnification on day two of rash development in 1968. (Photo: CDC)

- How is the current outbreak different? -

This is the first time that chains of transmission were reported in Europe without links to West or Central Africa, according to the European Centre for Disease Prevention and Control. The agency also said this year’s cases included the first that have been reported among men who have sex with men.

The likelihood of the virus being spread during sexual contact is high, but the risk of transmission from other forms of close contact is low, the European Centre for Disease Prevention and Control said.

The symptoms are typically mild, and most people recover within weeks, but the virus has had a fatality rate of about 3.3% in Nigeria, with children, young adults and immunocompromised people most susceptible.