Volcano erupts in the Philippines
World

Volcano erupts in the Philippines

Plumes of smoke rise from the Bulusan Volcano in Juban, Sorsogon Province, Philippines in this screen grab obtained from a social media video. (Andrea Grino/Handout via REUTERS)

A volcano in the eastern Philippines spewed a huge, dark cloud on Sunday, prompting evacuations from ash-covered towns while authorities warned of possible further eruptions.

The blast from Bulusan volcano in the rural Sorsogon province lasted about 17 minutes, sending a grey plume shooting up at least one kilometre, according to the Philippine Institute of Volcanology and Seismology.

In response, authorities raised the alert to one on the 5-level system, indicating "low-level unrest".

"There was a phreatic eruption of the Bulusan volcano, meaning the explosion was caused by the boiling water under the crater," institute head Renato Solidum told local radio DZBB.

The institute said ash affected two towns in Sorsogon, about 500 kilometres south of the capital Manila, but there were no immediate reports of injuries.

In Juban town, two villages experienced "zero visibility" due to the heavy ash and a fire truck was deployed to clear the area, disaster office staff Dennis Despabiladeras said.

"The evacuation is ongoing there, but our priority is senior citizens and those with asthma," he told AFP.

The Manila airport authority said no flights have been affected by the eruption so far, though pilots have been warned about coming near the area.

Authorities reminded residents that entry into the four-kilometre radius around the volcano is prohibited and advised those living next to it to be cautious "due to the increased possibilities of sudden and hazardous phreatic eruptions".

Residents near the valleys and rivers were also ordered to be vigilant for mud and stream flows in the event of heavy rainfall.

Bulusan volcano has been active in recent years, with a dozen similar eruptions recorded in 2016 and 2017.

The Philippines is located in the seismically active Pacific "Ring of Fire" and has over 20 active volcanoes. 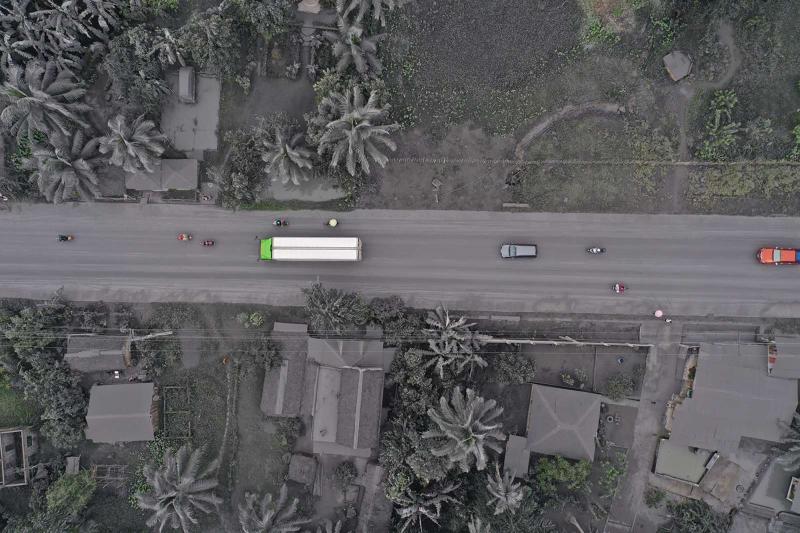