Since taking power in 2021, it has shown no willingness to implement the Asean "five-point consensus", which calls for an immediate cessation of violence. Popular protests against the junta have not led to any change in governance, and clashes between government forces and ethnic armed organisations have only worsened.

While Myanmar's relations with China and Russia have seemingly improved, India and Japan have maintained a balanced engagement, urging an end to the violence and the return to a democratic path. Yet, as an insecure Naypyidaw is squeezed by geopolitical pressures, the risk of escalation grows.

The execution of political prisoners marks a deepening of the political and humanitarian crisis. With Cambodia serving as Asean chair for 2022, Hun Sen visited Myanmar earlier this year in an attempt to engage the regime. He later urged junta chief Gen Min Aung Hlaing to reconsider the death sentences.

Now, however, Asean leaders feel compelled to revise or scrap the five-point consensus, while opening more channels of communication with the opposition National Unity Government (NUG). In a strongly worded statement, Asean expressed disappointment at the executions and reaffirmed its commitment to Myanmar's return to normality. Many other countries, including Japan and the United States, have also condemned the executions.

The course of the debate on Myanmar will largely be determined by the junta's capabilities, which, according to some analysts, are in decline. Constant fighting with ethnic armed groups and the NUG's "People's Defence Force" has drained the junta of its human resources and ammunition.

The Ukraine crisis has slowed the arms flow from Russia and domestic capabilities are insufficient to sustain battles on multiple fronts. Many in the junta's police forces have resigned due to fear of being killed. If this trend persists, Myanmar will be faced with two broad scenarios, both of which have dangerous implications.

The first is that, as the junta struggles with a resource crunch and diplomatic isolation, it will take an increasingly aggressive posture. This may mean more executions, hasty arms deals, or large-scale extortions. As a result, internal migration will intensify, and border regions will be destabilised. This would no doubt be alarming for neighbouring countries like India, Bangladesh and Thailand.

The junta leaders miscalculated the level of public outrage following their 2021 coup, and deployed force to quell protests. External observers who predicted that the regime would stay in power long-term now believe its mistakes will cost it the seat of Naypyidaw.

The People's Defence Force and ethnic armed groups have shown they are prepared to fight until the regime is deposed. Hence, even if the junta continues to rule, it would be able to do so only in a limited capacity and in certain territories.

This throws open the question of how long the regime's friends in Russia and China will continue to provide arms. If the junta's power begins to fragment, Beijing and Moscow may not find it useful to sustain an increasingly unpopular regime. 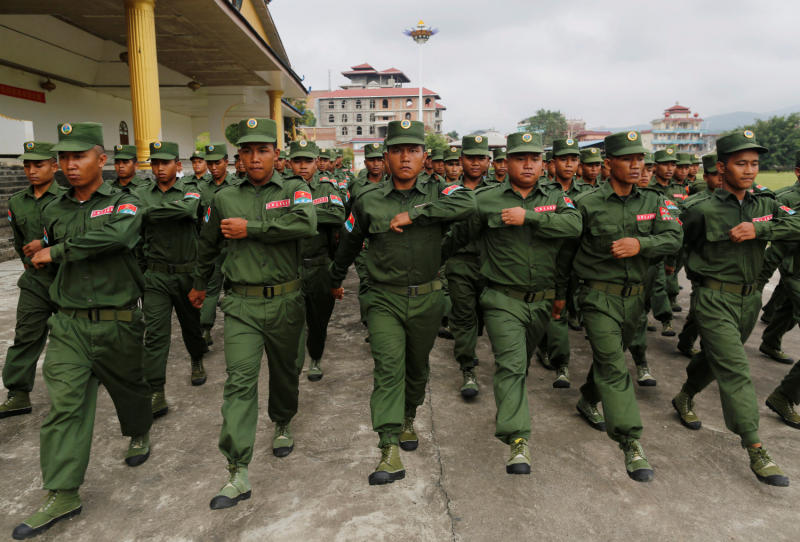 In a second scenario, which is also a consequence of the first, the junta will find it impossible to stay in power. With weakening capabilities and external confidence, the junta's domestic stakeholders, such as big businesses, will start looking elsewhere.

Onus is on Asean to deal with Myanmar

This could lead to an internal collapse of the regime and push Myanmar into a large-scale scattered civil war. The involvement of foreign proxies is likely, given a reported lack of consensus between armed ethnic groups and the People's Defence Force, which would make it difficult for the NUG to legitimately govern.

The fear is that Myanmar will end up like Afghanistan in the 1990s, ruled by brutal regional militant factions, making it a fertile ground for terrorist organisations to emerge.

Such a scenario is desired neither by the people of Myanmar nor regional powers. There is still time for the junta to correct course and agree to measures that would bring Myanmar closer to becoming a functioning democracy. It must take the bloc’s five-point consensus seriously and create a conducive environment for peace talks.