TAIPEI: A strong earthquake struck southeastern Taiwan on Sunday, bringing down at least one building in a small town.

The quake hit at 2.44pm (1.44pm in Thailand) about 50 kilometres (30 miles) north of the city of Taitung at a depth of 10 kilometres, the United States Geological Survey said.

Its initial strength was given as magnitude 7.2 but USGS later downgraded it to a 6.9-magnitude quake. Taiwan's weather bureau recorded it as 6.8-magnitude.

Japan's Meteorological Agency and the Pacific Tsunami Warning Center issued tsunami advisories shortly after the quake, but both later sent updated bulletins saying there was no longer a threat of high waves.

Live TV footage from the affected Japanese islands did not immediately show signs of high waves.

In Taiwan, at least one building that hosted a convenience store on the ground floor collapsed in the town of Yuli, according to the island's semi-official Central News Agency.

Video footage posted by CNA showed panicked residents running towards the building, which had caved in and sent up a thick cloud of dust. 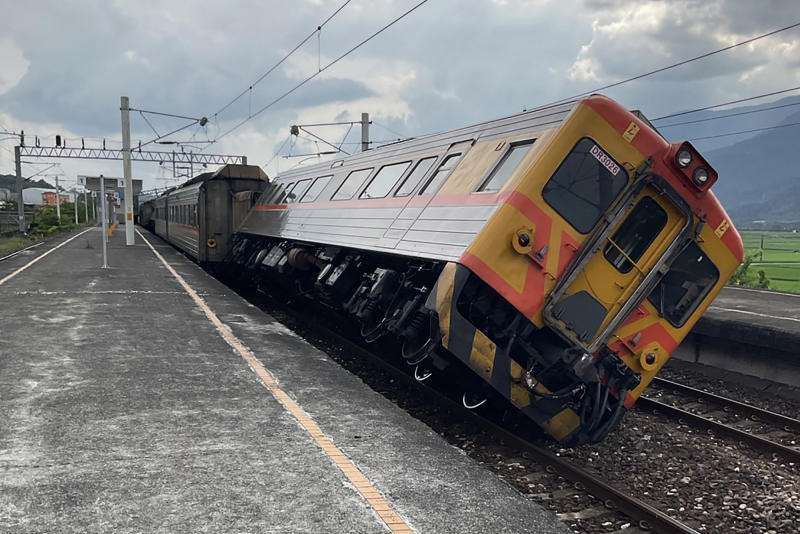 A derailed train is seen after a magnitude 6.8 earthquake, at Dongli Station in Hualien, on Sunday. (AFP PHOTO / Taiwan Railways Administration)

Taiwan Railways Administration (TRA) said a train derailed in Dongli station in Hualien after it was hit by concrete from an overhead canopy that came loose during the quake.

Photographs shared on social media showed the train's six carriages leaning at an angle in the station.

TRA said the 20 onboard passengers were evacuated and no injuries were reported.

Shaking was also felt in the capital Taipei, with residents posting videos of chandeliers and paintings swaying on social media.

A 6.6-magnitude quake hit the same region on Saturday and there have been multiple tremors since with minimal damage in what is a mountainous, sparsely populated rural region.

But Sunday's quake was much stronger. 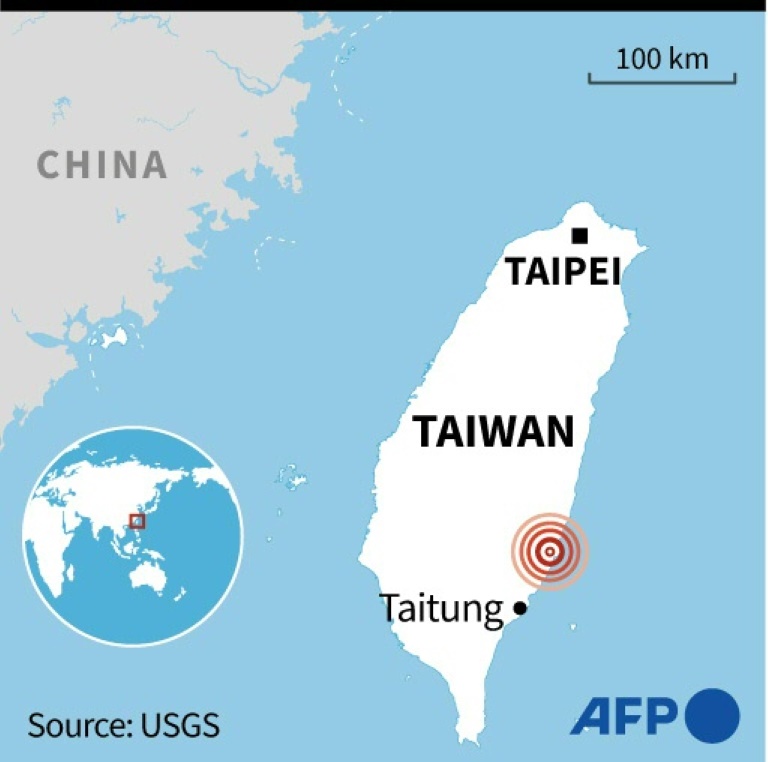 A map of Taiwan locating the epicentre of a 6.9-magnitude quake on Sunday (AFP)

Taiwan is regularly hit by earthquakes as the island lies near the junction of two tectonic plates.

The mountainous island sits on the "Ring of Fire", an arc of intense seismic activity that stretches through Southeast Asia and across the Pacific basin.

Most of Taiwan's population lives on the flat western coast and in the capital Taipei.

The scenic eastern coast is more remote and less populated but a major tourist draw.

It is regularly hit by quakes and most cause minimal damage but the island also has a long history of deadly tremors.

Hualien, a tourist hotspot, was struck by a 6.4-magnitude earthquake in 2018 that killed 17 people and injured nearly 300.

In September 1999, a 7.6-magnitude quake killed around 2,400 people in the deadliest natural disaster in the island's history.

S.Africa not ditching coal 'just like that', Ramaphosa cautions