China's education ministry says it will do more to promote Chinese culture in the classroom. (Photo: AFP)

The proposal has been described as an effort to reduce Western influence further and is part of a decade-long trend to cut the amount of time spent studying foreign languages in favour of promoting Chinese culture instead.

The suggestion was first made public last month when the Ministry of Education issued a response to suggestions made by members of the National People's Congress in March about "increasing cultural confidence" and "reducing the proportion of English teaching".

One suggestion, from an unnamed lawmaker, said: "Studying English is necessary, but it should take less time."

While the ministry has rejected those suggestions, it has also pledged to further promote traditional Chinese culture.

It added that English only takes up 8% of the whole curriculum, which is less than one-third of the time spent studying Chinese languages.

But the statement triggered concern on social media by users worried that English language teaching might be further marginalised and that this could hurt students' future career prospects.

"It is very important to let students learn English from an early age, most of the prominent academic journals in the world are in English, can you simply rely on a translation tool to read them?" one post on Weibo read.

"If those delegates really want to contribute to education reform, they should suggest reducing the grading percentage of English in the college entrance exam instead of suggesting reducing the proportion of English learning in class," another user wrote.

The authorities say the aim is to promote "cultural confidence" - one of President Xi Jinping's favoured projects - and a few policies to cut teaching time have already been implemented.

In 2013, the authorities passed a directive calling for fewer English tests outside schools.

Last summer, Beijing also rolled out a sweeping reform named the "double reduction policy", which was designed to reduce curricular and extracurricular burdens on students.

It imposed a cap on the use of private tutors outside school hours and banned the use of foreign curriculums and foreign teachers based overseas. 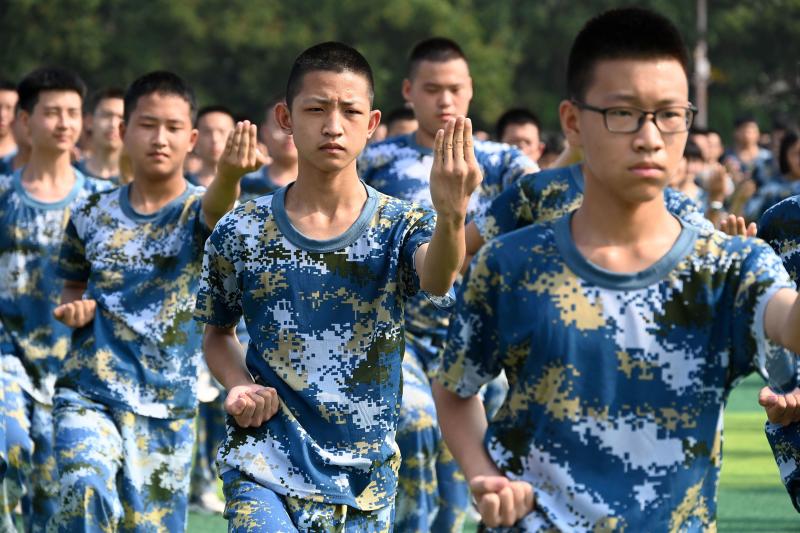 This photo taken on Aug 21, 2022, shows high school students taking part in a military education and training session ahead of the new semester in Handan in China's northern Hebei province. (Photo: AFP)

"English is arguably the college entry exam subject with the greatest opportunity for wealthier urban families to grab an advantage and this was one of the factors behind the double reduction policy, which banned after school tutoring," he said.

NewSchool Insight said in its report that the main reason for the postponement was the double reduction policy and its heavy restrictions on for-profit educational institutions.

The regulatory changes have also deterred overseas education institutions from investing in China.

Harrow School, a well-known boarding school in England that has multiple branches in Asia, halted plans to open a new school in Shenzhen. Another British elite private institution, Westminster School, has scrapped plans to build six international schools in China.

Koh Soon Lee, an associate professor from the department of Educational Administration and Policy at the Chinese University of Hong Kong, said moves to marginalise English seem like regression.

"Many Chinese students choose to study overseas for postgraduate [education] and neglecting English learning at an early stage is going to affect their plans," Koh said.

Koh said international schools, even though privately owned in China, had to negotiate with the authorities.

"International schools in China try to navigate around the policy by incorporating more from the national curriculum and using some Chinese textbooks approved by the government. They are trying to make themselves look less Western," Koh said. 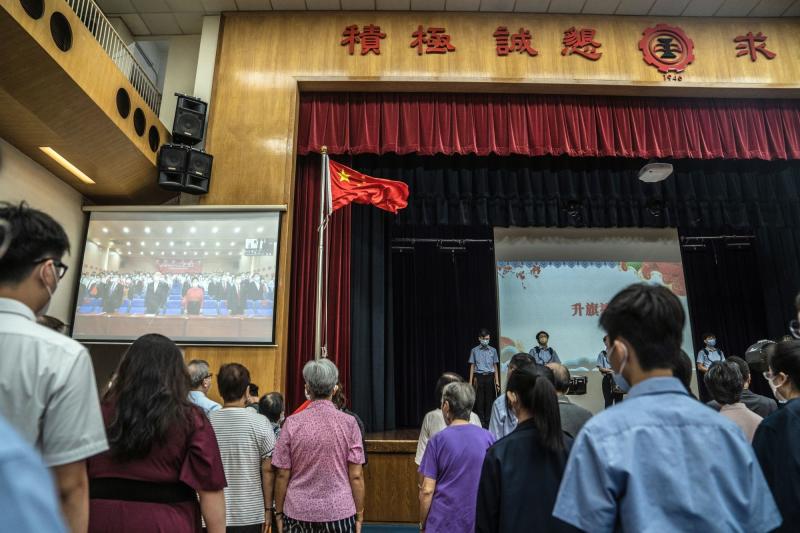 Moony Li, an international schoolteacher who is based in Shanghai confirmed the trend, saying: "In my previous job … Chinese textbooks including the Geography of China and Politics of China were added to our English curriculum.

"Even though we get to use overseas textbooks in my current job, there is a statement printed on each English textbook, claiming that 'any content in the publication that is inconsistent with the sovereignty constitution and regulations of China will not be approved'."

Li expressed her concern that a crackdown on English learning would increase job insecurity and said ideological controls on language learning were excessive and created panic among families and teachers.

But Fisher said it was more likely to be a practical move and was down to the authorities' efforts to pivot the education system towards a dual track of both academic and vocational models.

"Most British students never take a second language beyond middle school and most of them attend a state school. China wanting to change their previous path shouldn't be seen as an attack on the West; hopefully it is just a recalibration," he said.

Arctic cold 'no sweat' for electric cars in Norway