A woman and her daughter wait for to get on a train bound for Kyiv, after Russia's military retreat from Kherson, at the central train station in Kherson, Ukraine, on Wednesday. (Photo: Reuters)

KYIV: Russian shelling of the southern Ukrainian city of Kherson killed 15 civilians on Friday, officials said, as engineers across the country sought to restore heat, water and power to major cities.

Throughout the country, Russian air strikes in recent weeks have brought Ukraine's energy infrastructure to its knees as winter approaches and temperatures near freezing, spurring fears of a health crisis and a further exodus.

The country's national energy company, Ukrenergo, said late Friday that the grid was still facing a 30% deficit, with its technicians working "around the clock" to restore power. But it said it expected to increase coverage over the weekend, boosted by additional nuclear power.

A total of "15 residents were killed and 35 injured, including one child, as a result of enemy shelling", city official Galyna Lugova said. Several "private houses and high-rise buildings" had been damaged, she added. 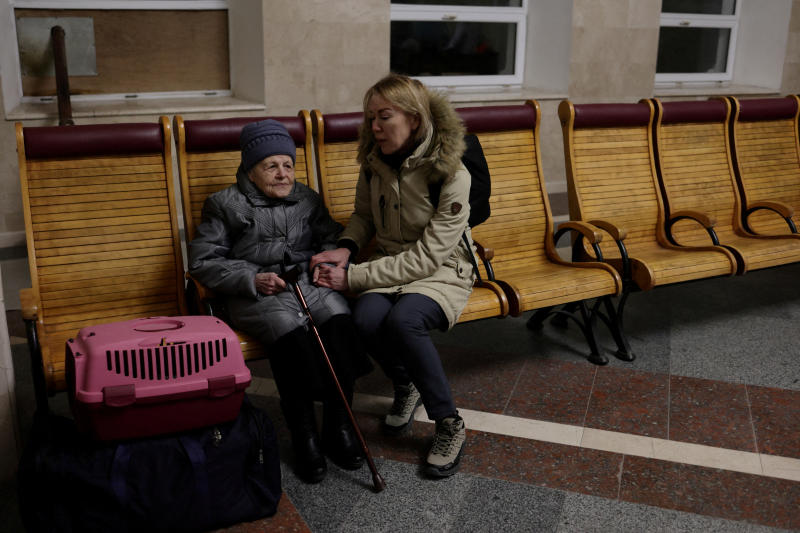 People wait to board a train bound for Kyiv, after Russia's military retreat from Kherson, at the central train station in Kherson, Ukraine, on Wednesday. (Photo: Reuters)

Earlier Friday, the region's governor said patients in the city hospital and others from a psychiatric unit had been evacuated because of "constant Russian shelling".

The Kherson city council said it was offering to evacuate civilians to other regions.

The attacks on power stations and other infrastructure resources throughout Ukraine are Russia's latest attempt to force Ukrainian capitulation after Moscow's forces failed to topple the government and capture Kyiv in the war's early stages.

In the capital, where about half of residents were still without power two days after Russian strikes hammered the country's energy grid, engineers worked to restore services.

"We have to endure this winter, a winter that everyone will remember," Zelensky said on social media, as British Foreign Secretary James Cleverly visited to announce a new aid package.

But Shmygal said ordinary consumers continued to face scheduled power cuts across every region of the country.

Ukraine's Western allies have denounced the Russian attacks on energy infrastructure as a "war crime". The strikes have come in the wake of a string of military setbacks for Russia on the frontlines.

Moscow insists it is targeting only military-linked infrastructure and has blamed Kyiv for the blackouts, saying Ukraine can end the suffering by agreeing to Russian demands.

Meanwhile, for the first time since he launched the war in February, Russian President Vladimir Putin met the mothers of soldiers fighting in Ukraine, assuring those whose children had been killed that he and Russia's elite "share this pain".

"I want you to know I, personally, and the entire leadership of the country share this pain," he told them.

He said that many reports about the conflict could not be trusted, describing them as "fake news, deceit and lies".

Russia has introduced legislation that effectively bans public criticism of the war.

Anger and concern have built across Russia since the Kremlin announced in September that hundreds of thousands of well-trained and well-equipped conscripts would be sent to the battlefield to bolster Moscow's struggling campaign.

But chaos ensued, with widespread reports of exempted men -- including the elderly and infirm -- being dispatched to the front and conscripts dying after receiving nearly no training, forcing the Kremlin to concede "mistakes".

Putin's meeting with the soldiers' mothers is a sign the Kremlin takes the growing malaise seriously. 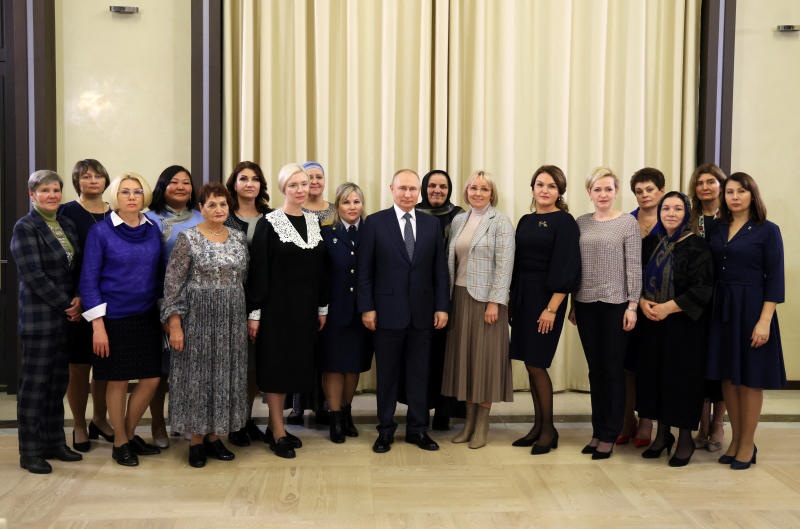 Russia's President Vladimir Putin poses for a family photo with mothers of Russian servicemen participating in Russia-Ukraine conflict and other participants of a meeting ahead of Mother's Day, at the Novo-Ogaryovo state residence outside Moscow, Russia, on Friday. (Photo: Reuters)

"Russia is continuing to try and break Ukrainian resolve through its brutal attacks on civilians, hospitals and energy infrastructure," Cleverly said.

"Russia will fail," he said, vowing UK support "will continue for as long as it takes".

Meanwhile, the head of Russian mercenary outfit Wagner, Yevgeny Prigozhin, said Friday that a former US Marine general and several British and Finnish fighters were operating with the group in Ukraine.

"(Finns) are fighting in a British battalion (as part of Wagner PMC), which is commanded by a US citizen, a former general of the Marine Corps," Prigozhin's press service said he told Finnish newspaper Helsingin Sanomat.

Wretched life of migrants building Senegal's city of the future

Pilots walk away from 737 crash in Australia

Police have now arrested 46 suspects and seized a large amount of assets in their investigation of the macau888 online gambling network, the Cyber Crime Investigation Bureau spokesman said on Wednesday.