SN Goenka, who pioneered the Vipassana meditation movement and founded centres in several countries, including Thailand, died of old age on Sunday night. He was 90. 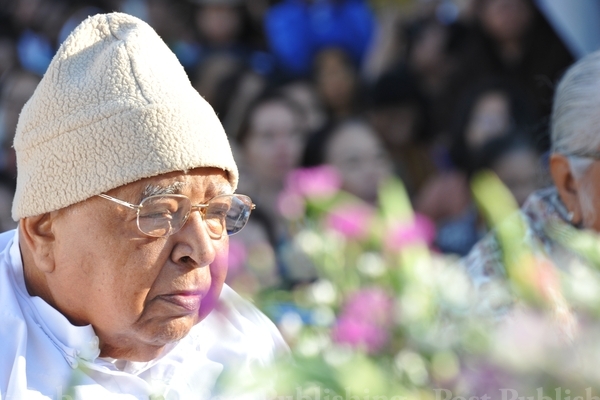 SN Goenka, who pioneered Vipassana meditation, died of natural causes on Sunday night. He was 90.

He died peacefully at 10.40pm (12.10am Monday Thailand time) at his residence in Mumbai, his website, thaidhamma.net, said on Monday.

The funeral will be held on Tuesday at Electric Funeral Ground in Mumbai. In Thailand, the ceremony will be held at the City of Dhamma on Tuesday in Bangkok from 9am-10am and noon to 1pm.

All followers in Thailand are invited to attend the funeral, the website announcement said.

Goenka, an Indian born and raised in Myanmar, is survived by his wife Mata Elaichidevi and six sons, Indo Asian News Service, another website, said.

The spiritual leader has a strong band of followers in several countries across the world, including Thailand. He set up eight meditation centres in Thailand and a ninth is under construction in Udon Thani. The centres provide regular training in meditation courses from beginner to advanced levels.

He first offered his method of meditation for Buddhists in 1969 and set up the Vipassana International Academy, better known as Dhamma Giri, in Igatpuri, a small town about 136 kilometres from Mumbai, in 1974.

He visited Thailand several times to meet his Thai followers.

Notre-Dame to regain spire this year and reopen end-2024