While cash remains king in Thailand, dominating 90% of the country’s total payment value, exponential growth in online payments after banks waived digital transaction fees and a consumer shift towards digital platforms suggest the notion of a cash-free society is gathering steam.

Digital payments gained ground in Thailand after PromptPay, the government-initiated money transfer and payment scheme, was launched in early 2017.

PromptPay registrants totalled 49 million in early July, while the number of merchants providing QR code payment service jumped to 5 million from 3 million at the end of 2018.

Average mobile banking transactions reached 100 per year per user, up from 80 last year and 60 two years ago.

People are using less cash for payment in Thailand, but several areas need to be developed to move towards a cashless economy, said Siritida Panomwon Na Ayudhya, assistant governor for payment systems policy at the Bank of Thailand.

Building up platforms, innovative financial instruments and people’s awareness on digital transactions are needed to scale up the country’s e-payment.

“In going digital, we cannot leave anyone behind,” Ms Siritida said.

“Digital adoption will take some time.” 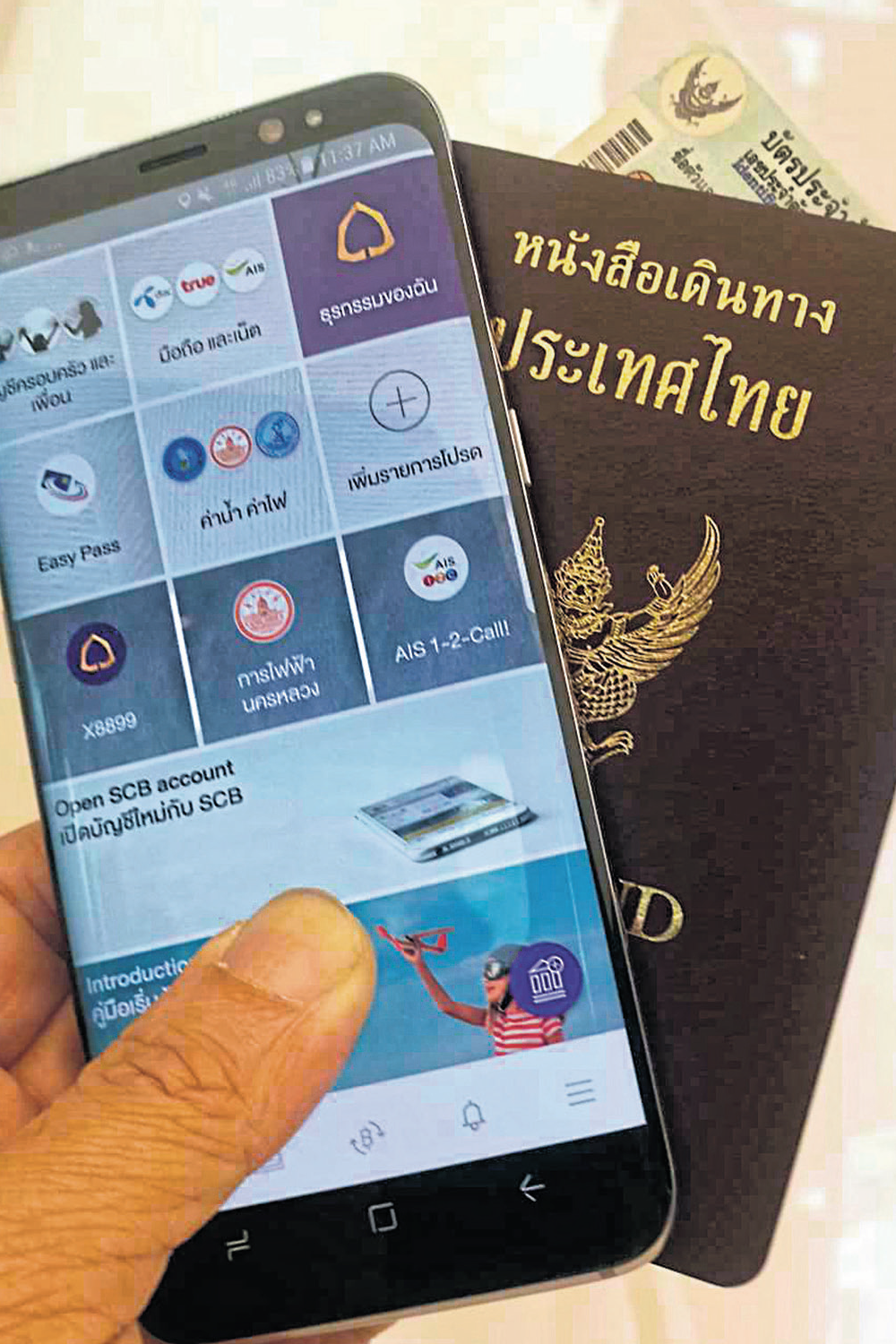 Banks are enthusiastically extending financial services on digital platforms to keep pace with customers’ changing lifestyles, improving their engagement and accessing a new client group in addition to the unbanked. This move comes as banks are besieged by tech giants offering financial services.

With online verification, customers, particularly the unbanked, can open new accounts, apply for loans online, take out life insurance policies and invest in mutual fund companies through their electronic devices.

Siam Commercial Bank, Kasikornbank and Bank of Ayudhya are among the banks that recently reported successful e-KYC service tests in the central bank’s regulatory sandbox.

The central bank is also joining with its counterparts in Asean to develop cross-border digital banking, building up the platform and strengthening security.

The Bank of Thailand signed a memorandum of understanding for cooperation on a pilot project to develop interoperability of standard QR payment with the National Bank of Cambodia. The service is expected to be implemented this year.

Bangkok Bank, for example, offers cross-border payments via standardised QR code in Japan and aims to extend digital payment services across Asean in the next phase.