No one can explain why, but fruit-inspired names and technology brands seem to go together. You may not remember the pioneering British IT company Tangerine Computer Systems but you've certainly heard of Apple, BlackBerry and Raspberry Pi. There's also the cutesy yet practical messaging app called Peach.

If David Jou has his way, the tasty citrus fruit native to Southeast Asia will one day join the ranks of global household names. Pomelo, a digitally native fast-fashion brand, is already making waves online and off across its home region.

"It's refreshing but not too sweet, a little bit like the brand. And it's also not that common," says the Pomelo co-founder and CEO, looking dapper in a white button-up shirt and black trousers from Pomelo Man, the brand's new custom-fit line for men.

The 34-year-old Korean-American founded Pomelo in Thailand in 2013 along with Casey Liang and Win Thanapisitikul. From a white-label reseller of Korean fashions, the business has evolved into a mini fashion empire that does everything in-house from design to manufacturing, marketing and distribution.

Its omnichannel strategy -- summed up by the motto "on-trend, online, on-the-go" -- has proved to be a huge hit. Customer-friendly policies include free shipping to 53 countries, a 365-day return policy and hundreds of pickup locations -- some of which are not even clothing stores -- with fitting rooms where customers can try on their online orders and pay only for the items they decide to take home.

"For us, the key is omnichannel. I don't see physical retail going away in Southeast Asia. At the same time, though, fashion discovery is moving to the digital platform," Mr Jou tells Asia Focus during an interview in the company's three-storey Bangkok headquarters.

"So, how can you combine discovery, online, mobile and social with the physical activity of trying on clothes in a seamless way? If you can do that, you can really start to build something brand new that people will love.

"The key is you have to use technology in a way that significantly improves the customer experience versus using technology as a way to attract eyeballs or as a novelty. It shouldn't be a gimmick. It has to be something that really makes customers' shopping experience better," he says. 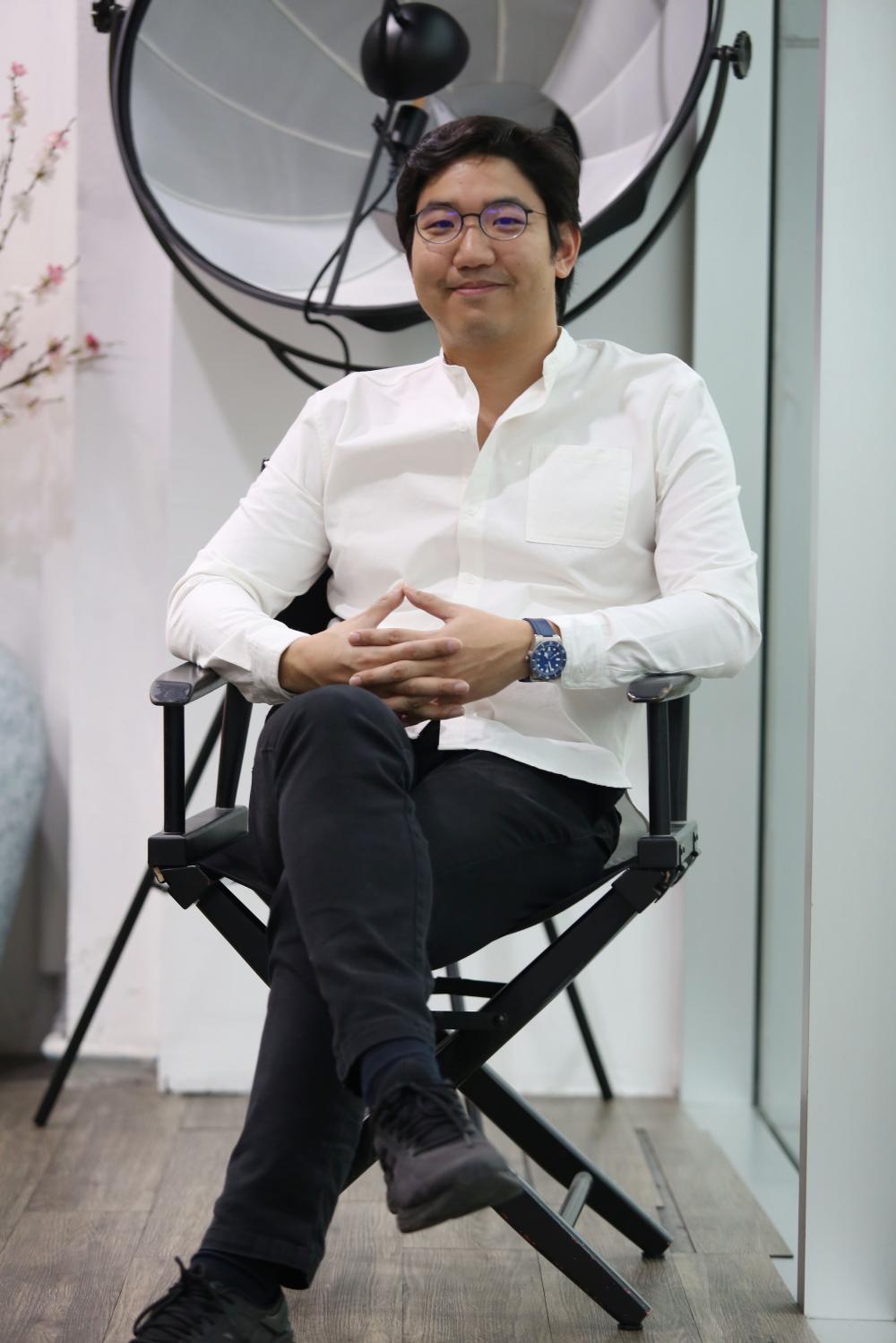 Pomelo's vision has been validated by the commitment of blue-chip investors including JD.com of China, the Thai retail giant Central Group and the Japanese e-commerce site Zozo. Its aim this year is to raise US$50 million in another funding round that would result in a valuation somewhere between $200 million and $240 million. The company says it is already profitable in Thailand, but does not disclose revenues.

"We want to become the next tech champion of Southeast Asia," says Mr Jou. "If you look at countries like South Korea, China, Indonesia and Malaysia, they all have local tech companies that are driving innovation, education and the next generation of tech startups. Thailand, however, does not have one yet and the window is closing."

He says it is crucial for a country to have a tech champion or it will inevitably start to lose ground to other markets in the race for digital economy leadership, and will lose the ability to attract talent to drive more innovation.

Asia presents vast opportunities when it comes to fashion as the region has long been the industry's manufacturing hub, accounting for 60% of global apparel exports in 2015, with China, Bangladesh and Vietnam ranking as the top three suppliers, according to United Nations trade statistics.

In Southeast Asia, the combined apparel market of the six major economies -- Indonesia, Malaysia, the Philippines, Singapore, Thailand and Vietnam -- increased 30% to $33 billion in 2018, from $25 billion in 2013, according to data from Euromonitor International.

As these markets become wealthier, there is greater demand for well-designed, stylish clothes. Pomelo has tapped into that.

During the first 18 months after the company was founded, the team spent a lot of time in South Korea, working with existing brands and designers, buying wholesale and doing "white labelling" -- contracting for unbranded products -- to understand the market and consumers. As they gathered more data and knowledge about the market, they decided to do their own design and manufacturing.

"That turned out to be a lot more difficult than what we originally bargained for," says Mr Jou. "It was one of our biggest challenges -- the transition from sourcing clothes and fashion to doing our own manufacturing, production and design."

Pomelo now has eight physical stores, seven in Thailand and a new 550-square-metre flagship store in the heart of the Orchard Road retail district in Singapore. This year Mr Jou says the company plans to open another six stores, mostly in Thailand, a few more stores in Singapore in the first half of next year, and potentially the first store in Indonesia in the near future.

But its physical presence goes beyond stores to pickup points, which help the company save costs and can also create more foot traffic for the businesses of Pomelo's partners. In Bangkok alone, there are 40 such locations including boutiques, yoga studios and cafes.

"We want to build …the next Zara out of Southeast Asia," Mr Jou told the Nikkei Asian Review recently. "We want to take advantage of the amazing creatives, capital, the big market, the closeness to supply chain and manufacturing, the obsession with social media."

While it was a big challenge for a digital company to expand into physical retail, its hard work is paying off.

"Our DNA is e-commerce, but the stores are doing very well. Ultimately, you have to be where your customers are," he says.

Today, 90% of all fashion is bought offline, even in places like the US, and the penetration of e-commerce for fashion is relatively low compared with other product segments. That has to do with the fact that people want to try on, touch and feel before they make a purchase. Without physical stores, it would have been hard to persuade a lot of first-time shoppers to try the Pomelo brand, Mr Jou adds.

One of the things that sets Pomelo apart from other fast-fashion retail stores is an almost obsessive use of technology and data collection, which allows the company to make better decisions to improve the customer experience.

From products, designs, colours, materials, sizes and fitting, to the number of stores, fitting rooms, pickup locations, or what products to put in each store, every decision is driven by data.

"What differentiates us as a digitally native vertical brand from traditional brick-and-mortar brands is that every decision being made is greatly aided by real-time data," says Mr Jou.

Pomelo's back-end system relies on its legendary software platform known as Henry, named after Henry Ford, who popularised the modern assembly line for mass production. The system connects all the functions happening on the back end, allowing end-to-end processes to be streamlined. From design, product development and photo shoots to logistics, shipping and content management, everything is tied together.

"Henry is interesting and every year, Henry gets older and he gets a little smarter," says Mr Jou.

He wants Pomelo to have a culture similar to that of large corporations, but as a startup the company needs to find a way to get the same results with less time and fewer resources.

"That's something that we really want to be good at, but it's not easy. Our approach is to use technology in every single part of our business to create a better customer experience, to make things faster and more accurate."

In order to do so, Mr Jou says Pomelo uses a lot of automation, data analytics, integration and simplification of processes through technology, eliminating manual labour-intensive processes with spreadsheets and paperwork.

Also crucial to Pomelo's success is the working relationship with industry partners.

"When you approach a factory partner, it's not like you are trying to break their business or completely redefine it," says Mr Jou. "Rather, you are trying to find a win-win solution through the use of technology. It's how we can make our lives and their lives better, how we can find a mutually beneficial ways to use technology." 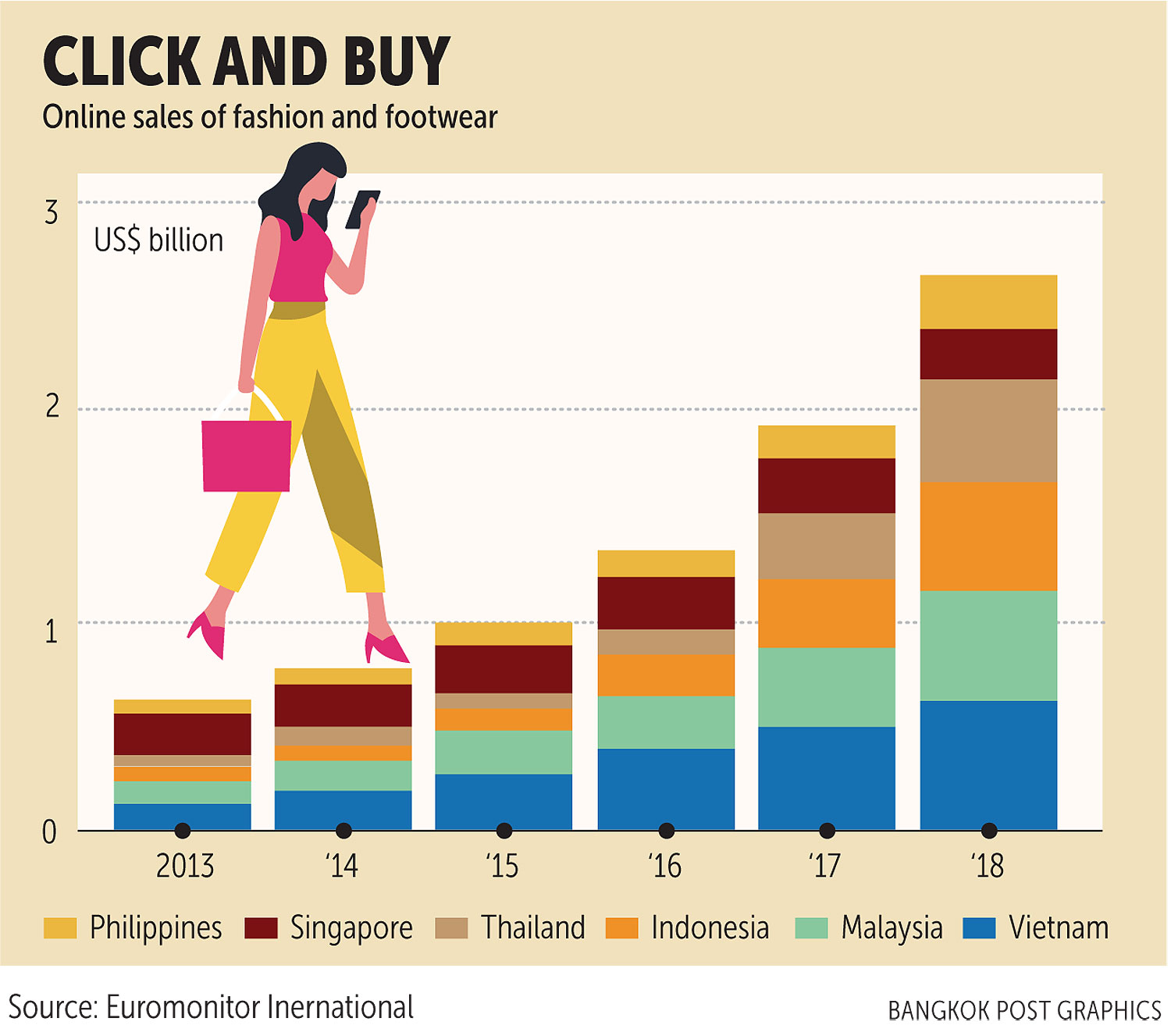 Born in Germany and raised in both the United States and South Korea, Mr Jou spent his childhood in various places across the world. This helped him form a broader view of the world while being accustomed to change.

Interestingly, Pomelo isn't his first startup. When he was in university and still just 18 years old, he and Casey Liang started their first business called The Boxing Co, which provided shipping and storage services for university students across the US.

"It was a very good experience. We had employees, we made money and we paid for school fees from that business," Mr Jou recalls. "However, I didn't realise that you can do that full-time as a job. I didn't think that entrepreneurship could be a long-term option. So after graduating, I felt like it was time to get a 'real' job."

With his background in economics, Mr Jou landed his first job at Bain & Co in New York and then later moved to New Mountain Capital, a $10-billion private equity fund.

At Bain, he saw a great opportunity as a 22-year-old new graduate to work with really great companies and senior executives and learn about the challenges they faced in the business world. "It taught me about what it means to manage and build a great company from a cultural standpoint as well as creating value at the highest levels of management."

At New Mountain, he learned what made businesses valuable from a financial standpoint and what makes companies strong financially.

While Mr Jou enjoyed working at a private equity firm with an amazing 52nd-floor office overlooking Central Park, his mind kept wandering back to when he had his own startup back in university.

After two years at New Mountain, Mr Jou decided to move to Thailand, where he became part of the founding team and eventually managing director at Lazada Thailand. At that point, in 2011, he felt confident that Southeast Asia would be the next booming market for e-commerce.

"E-commerce is like the internet and cellphones," he says. "When I was at Bain, I learned about the S-curve, which is the rate at which people adopt certain technology: 100 years for electricity, 20 years for mobile phones, 10 years for the internet.

During his tenure at Lazada, the company grew to become one of the region's leading online shopping sites. That ignited the entrepreneurial spark in Mr Jou once again, and he decided it was time to build a new business with some of his peers.

"At that time, I already knew that I wasn't going to stay with Lazada for a long time because there are so many opportunities with e-commerce and digital. I really wanted to do my own thing," he says.

"It was hard but having the Lazada experience helped a lot because people already knew about it and there was some brand recognition. But the key is to do it step by step.

"In the beginning, we had a small team with a few core people," he says of Pomelo's early days. "As you get bigger and sales grow, you can then hire more people with different skill sets that are complementary. You just have to do it step by step.

Emergency decree could be lifted in four southern districts

The 4th Army plans to seek approval for the executive decree for administration in emergency situations to be lifted in four southern districts, an army spokesman said.

KABUL: The Afghan government and the Taliban are "on the verge" of peace talks, after thousands of prominent Afghans approved the release of about 400 contentious militant prisoners, Kabul's lead negotiator said Sunday.