A study in panic
Business

A study in panic

The coronavirus outbreak could kneecap the tourism and export sectors, though lessons learned from the Sars epidemic may lessen the blow.

Tourists wear masks at the Ratchaprasong intersection. The tourism sector has been hit hard by the coronavirus outbreak. PATTARAPONG CHATPATTARASILL

The novel coronavirus outbreak in China and other parts of the world has struck fear among the masses, with a global health emergency declared by the World Health Organization (WHO).

Thailand was the first country outside of China to report a case of novel coronavirus infection. The first case, a 61-year-old female tourist from China, was confirmed on Jan 13.

The infection tally has since risen to 19 cases in Thailand, but no deaths have been reported.

Fear of catching the coronavirus without setting foot in mainland China has been mounting, as Thailand has seen its first case of human-to-human transmission of the virus inside the country.

The patient is a Thai taxi driver, who is likely to have been infected by a sick Chinese traveller.

A Japanese coach driver was also reported to have been infected while driving a Chinese tour group from Wuhan, identified as ground zero for the virus outbreak.

"An outbreak in Thailand is possible," said Dr Tanarak Plipat, deputy director-general of the Department of Disease Control. "As in Japan, it will start with local transmission on a very limited scale and later grow to the provincial level."

Bangkok, Chiang Mai and Phuket are identified as sensitive areas for a possible virus outbreak, as there are many Chinese tourists visiting these provinces.

As infections in China continue to jump on a daily basis, collateral damage from the outbreak is inevitable, with Thailand's tourism sector standing at the crossroads. 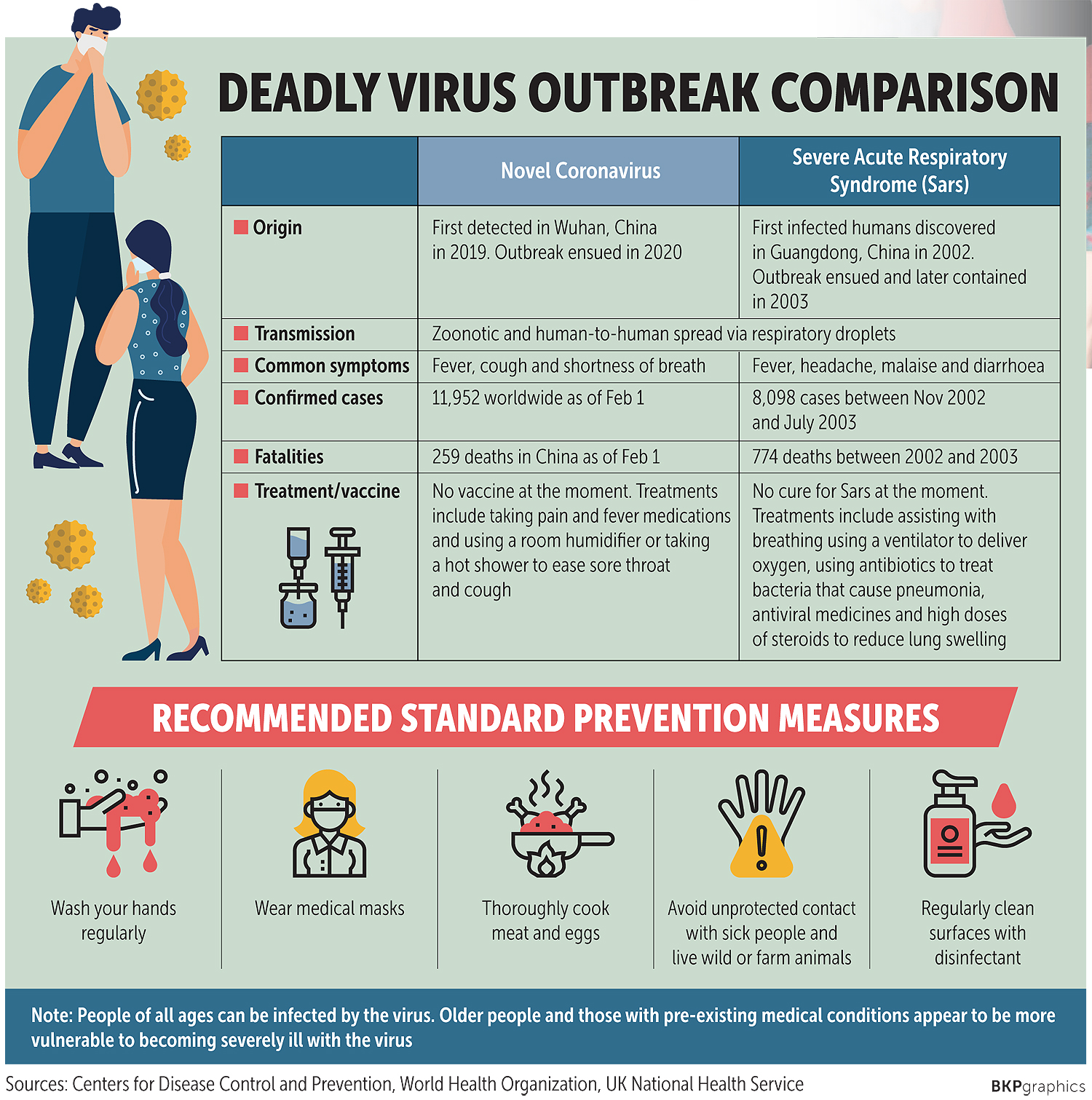 A pandemic of severe acute respiratory syndrome (Sars) occurred 18 years ago, stirring fears that the degree of damage from the novel coronavirus outbreak could be similar if authorities fail to contain the latest epidemic.

Both Sars and the novel coronavirus have similar symptoms and can be transmitted person-to-person via respiratory droplets.

But in terms of fatalities, Sars is thought to be deadlier: there were 774 deaths resulting from the 2002 outbreak, compared with the latest death toll of 259 for the novel coronavirus.

More than 8,000 cases of Sars emerged during the nine-month outbreak from November 2002 to July 2003, with most of the 774 fatalities seen in China and Hong Kong.

China's initial response to Sars of suppressing negative news and hesitating in prevention efforts was widely panned as contributing to the outbreak.

Tourism was damaged during the Sars outbreak, with foreign tourism revenue declining by 60% for China in 2003, according to Deutsche Welle. Foreign tourist arrivals fell by 4.4% year-on-year in Thailand in 2002, the Tourism Authority of Thailand (TAT) reported.

With the coronavirus outbreak continuing, China's economy is expected to expand by less than 6% in the first quarter. The most affected province, Hubei, is known for industrial and agricultural production, said independent academic Somjai Phagaphasvivat.

"China's economy is poised to be more affected by the novel coronavirus than by Sars because private consumption now makes up about 50% of GDP, much more than during the Sars outbreak," Mr Somjai said.

Thai tourism and exports could contract in the first quarter because China is a major market for these two real sectors of Thailand's economy.

"It will be very difficult for Thailand's economy to expand by more than 3% this year unless a miracle happens in the second half," Mr Somjai said. 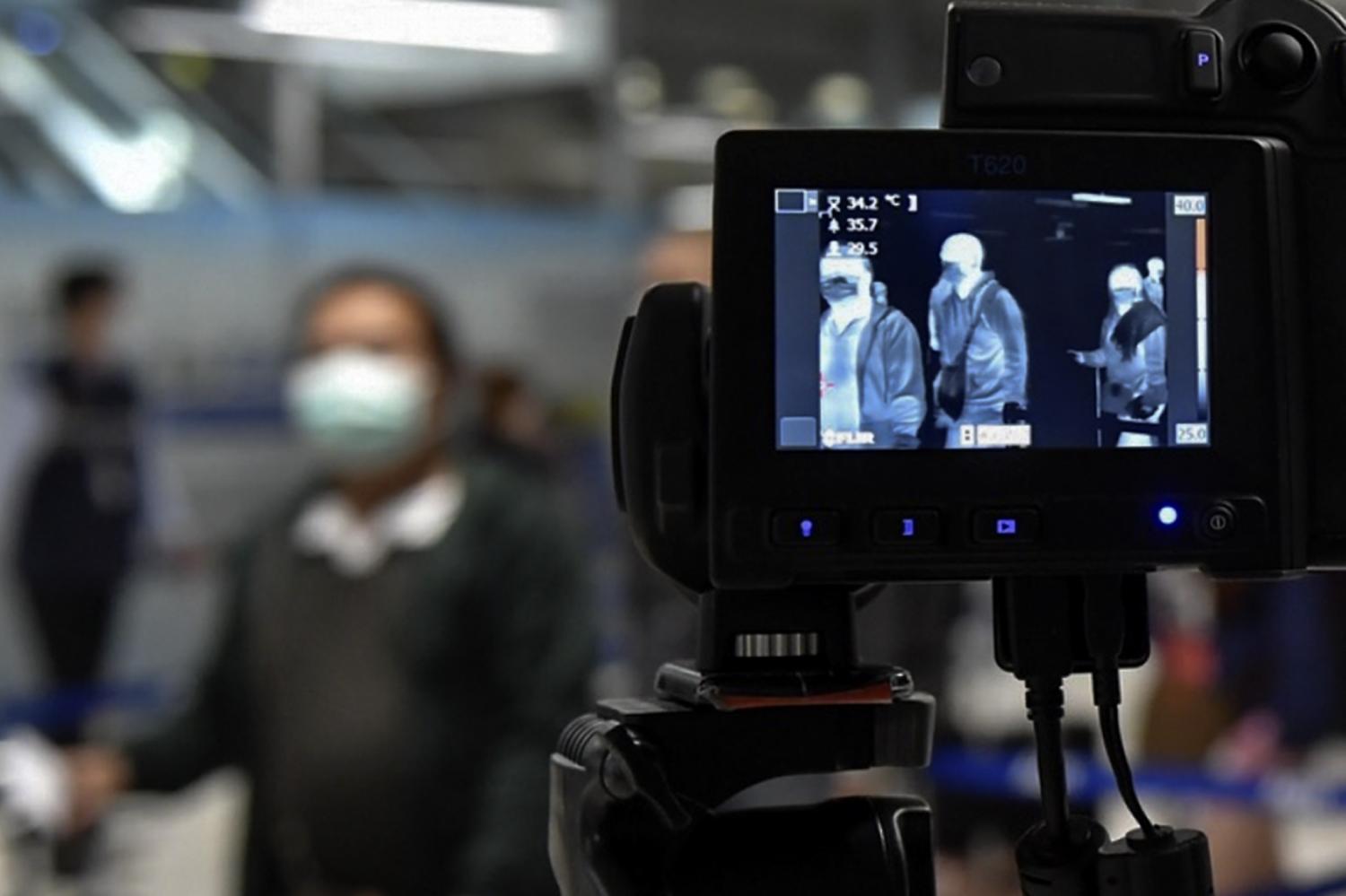 The severe impact of Sars in 2003 lasted for a few months, but the outbreak shocked tourism markets feeding Thailand at the time, unlike the novel coronavirus whose impact is centred on Chinese travellers.

Back then, Northeast Asia, the epicentre of Sars, was the most affected market for Thai tourism, with Chinese tourists shrinking by 89%, said TAT governor Yuthasak Supasorn.

The Oceania market, led by Australia, fell by 33% as tourists lacked confidence to travel to destinations plagued with the virus.

Another similarity between the two outbreaks is simultaneous geopolitical conflicts in the Middle East.

The virus outbreak and the Iraq War caused the European market to drop by 13-16%, and visitors from the Middle East slid by 60% in 2003.

"We learned from Sars that any public relations and marketing campaigns to lure tourists were fruitless when the WHO announced that Thailand was a risk destination," Mr Yuthasak said. "It is necessary to assure tourists about surveillance and preventive measures before rolling out any marketing campaign."

Tourists returned quickly in the aftermath of Sars, especially when the WHO withdrew cities from the risk list. Tourism operators must prepare good deals for tourists waiting anxiously for the green light to pack their suitcases.

Growth prospects are bleak for revenue streams generated by Chinese tourist arrivals after China banned outbound group tours to stem the spread of the virus.

Chinese visiting Thailand via group tours totalled 3.1 million in 2019, making up 28% of total inbound Chinese tourists in Thailand, according to the Association of Thai Travel Agents.

In a bid to contain a contagious outbreak in Thailand, Public Health Minister Anutin Charnvirakul said he will ask the government to consider scrapping visas-on-arrival for Chinese travellers.

The degree of impact on Thailand's tourism industry could have two scenarios, according to Kasikorn Research Centre (K-Research).

If the novel coronavirus outbreak can be contained within a month's time, inbound Chinese tourist arrivals are estimated at 11.1-11.3 million in 2020. But if the virus outbreak continues unabated for up to three months, the arrivals could decline to 10.8-10.9 million, resulting in an 0.5-2% annual contraction, K-Research said.

As tourism is a cash cow boosting Thailand's economic growth, billions of baht could be wiped away as pandemic fears mount.

Thailand is estimated to lose 80-100 billion baht in income, mainly from tourism, because of the virus outbreak, said Thanavath Phonvichai, president of the University of the Thai Chamber of Commerce.

Hospitality businesses are projected to bear the brunt as the ban coincides with the high tourism season.

"The Chinese economy plays a vital role in the economies of other countries across the world," Mr Thanavath said. "What happens in China will ripple across other countries, including Thailand, which is key to China's supply chains."

Once the Chinese economy and purchasing power of mainlanders weakens, Thailand's exports will inevitably take a hit, he said. 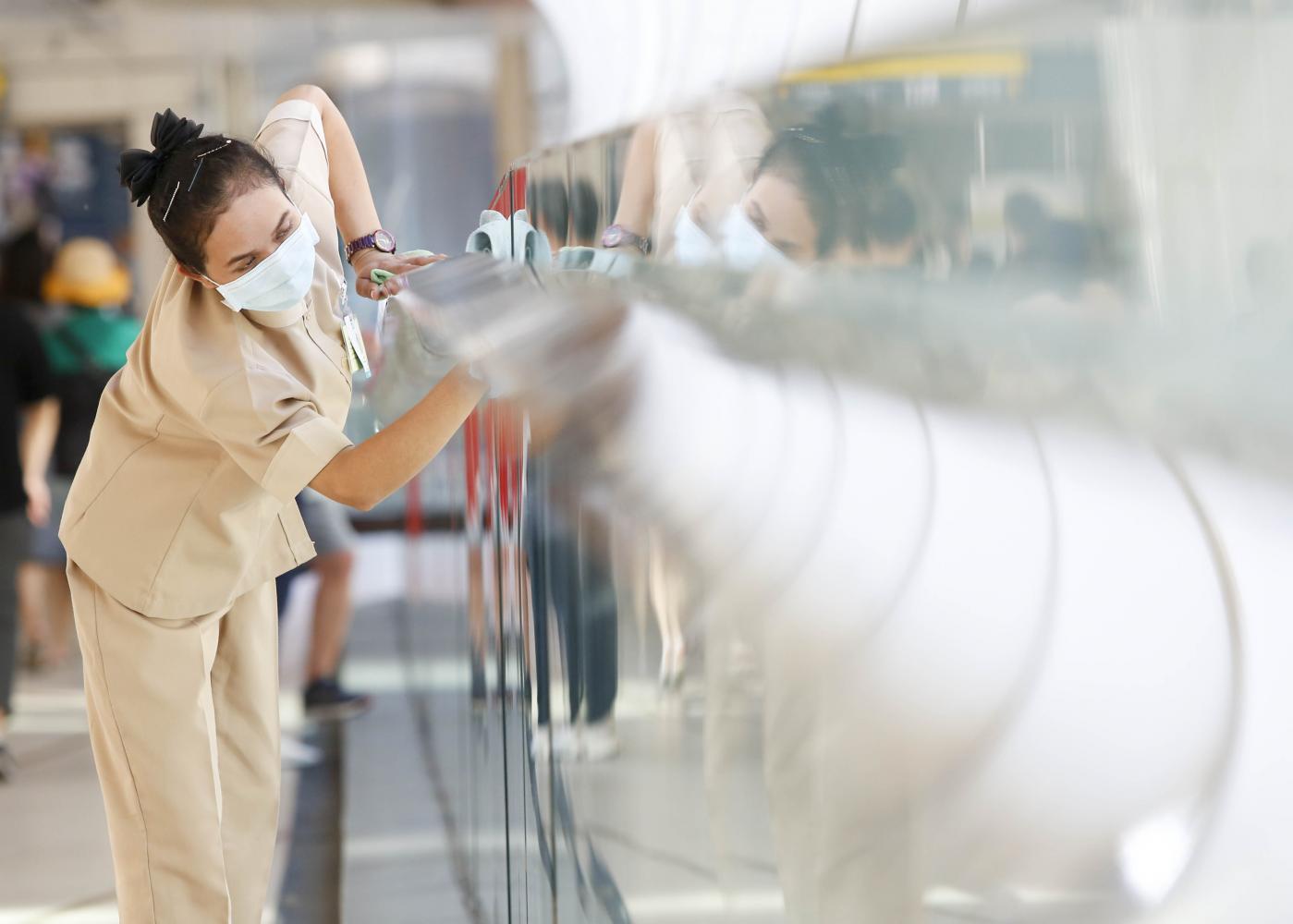 A cleaner near the Ratchaprasong intersection wears a face mask to guard against infection. Pattarapong Chatpattarasill

While the number of infections for the novel coronavirus has surpassed the official figure of Sars cases in China, tourism operators still believe that the past experience provides an immunity boost for them in combating the outbreak.

The fatality rate from the coronavirus is less than for Sars, but there is more psychological damage because news of it is being disseminated so broadly and quickly in the digital age, said Ronnachit Mahattanapreut, senior vice-president for finance and administration at Central Plaza Hotel.

Chinese guests account for 12-13% of the hotel group's customers, and most of them are independent travellers.

The cancellation rate has escalated since coronavirus cases emerged in Thailand. The negative trend will continue into February, as there has been a surge in the death toll and confirmed cases in China, Mr Ronnachit said.

"We gained experience in handling the Sars outbreak in 2003," he said. "We have a set of standardised guidelines to apply in terms of hotel services."

Procedures helping to build confidence among hotel guests include using sanitisers in public areas and keeping an eye on guests with flu symptoms.

The hotel has looked to alternative markets to balance its portfolio of guests, such as those from India, Japan and Asean countries, Mr Ronnachit said.

Compared with the Sars outbreak, both the Chinese and Thai governments now impose strict prevention measures, starting from operations at airports, which is the first screening point for tourists, said Santisuk Klongchaiya, chief executive of Thai AirAsia.

"I believe that with the readiness we have, the outbreak period will be shorter than for Sars," he said.

The airline is carrying out cleaning procedures to control and prevent infection, especially for aircraft flying from the mainland and shuttle buses that serve Chinese passengers.

In-flight crew who have to stay close to passengers have to wear surgical masks and gloves for protection, as well as monitor passengers during flights.

Most department stores, hypermarkets and shopping centres have launched various measures to cope with the coronavirus outbreak as it spreads to Thailand.

Retailers have provided hand sanitiser gel at many spots throughout shopping malls, particularly at main entrances and in crowded areas.

In addition, all surfaces are being cleaned with antiseptic every 30 minutes. Shopping carts and baskets are being sterilised and face masks distributed to associates and customers, especially at branches in tourist areas.

Some retailers such as Central Pattana Plc, the operator of Central malls, have set up information boards to encourage customers to wash their hands frequently. The malls are ensuring the availability of soap and paper towels in restrooms.

"More preventive measures are ready to be created and introduced if the situation is prolonged," said Voralak Tulaphorn, chief marketing officer of The Mall Group Co. "We need 2-3 weeks more to monitor the situation before launching new marketing promotions to lure more shoppers from other potential markets such as India and neighbouring countries."