Medical workers will be able to receive new caches of alcohol hand sanitiser gel for free once supply shortages are sorted. (Photo by Kitja Apichonrojarek)

Ethanol, alcohol and sanitiser makers expect hand sanitiser products will be a part of daily life going forward as the public has been educated about disease prevention and hygiene.

Alcohol-based hand sanitiser has become essential in the fight to slow down the Covid-19 outbreak.

In a short time, such sanitiser should be available nationwide after a month-long shortage thanks to efforts by the government and private sector to step up production.

At the end of March, policymakers ended the strict controls on alcohol to allow ethanol to be converted into consumer-grade alcohol sanitiser, allowing it to be produced quickly and cheaper.

Even after the virus has been controlled, consumer behaviour is projected to change, with people conditioned to an obsessive disinfectant regime, keeping demand for alcohol gel strong for years to come.

He ordered state-owned oil and gas firm PTT Plc and state-run Electricity Generating Authority of Thailand (Egat) to deliver 20 litres per hospital to 9,863 state hospitals nationwide, a delivery that will continue every six days for the next month free of charge.

PTT and Egat reported they already allocated a combined 120 million baht to produce the free sanitiser. 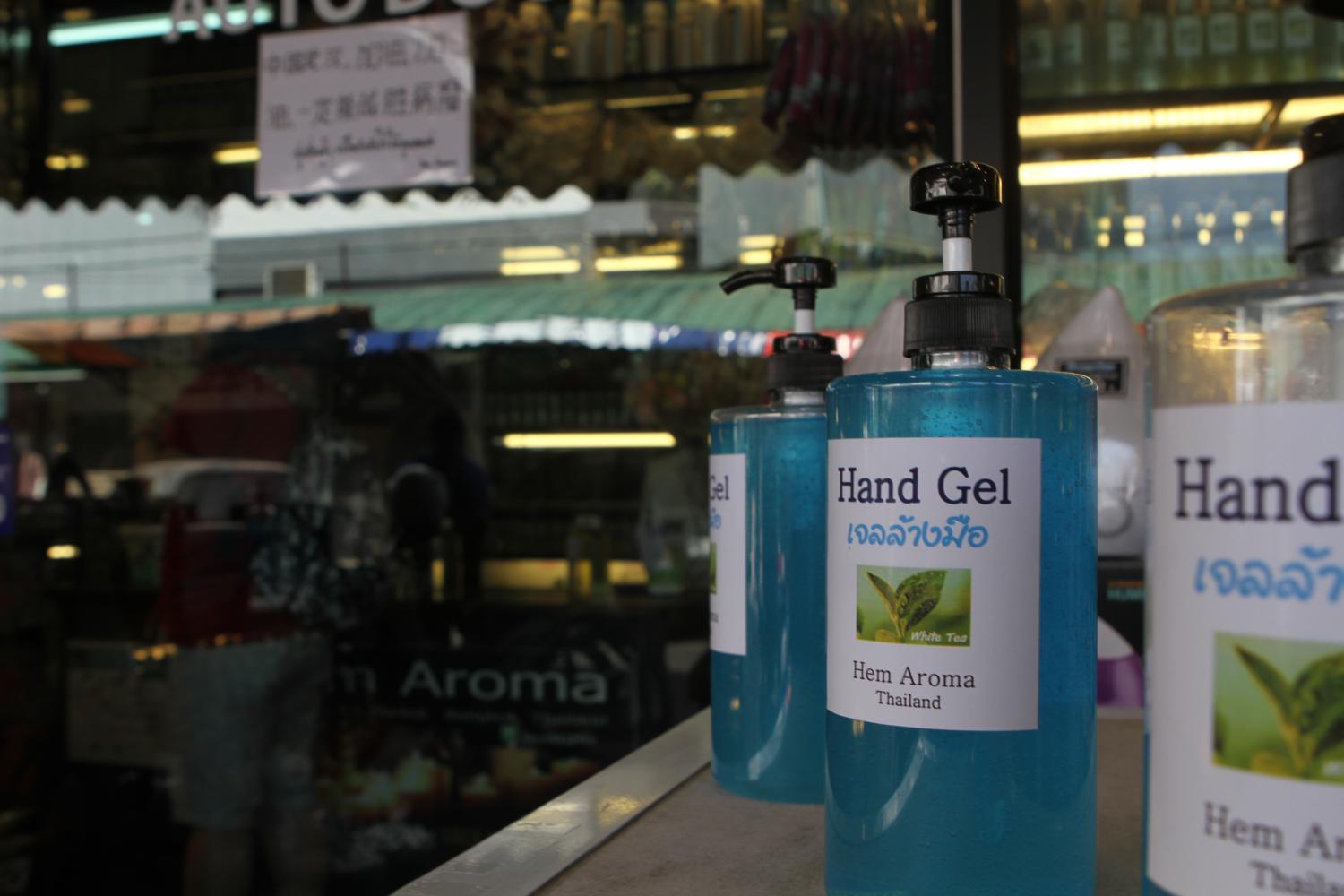 Alcohol hand gel is now popular as part of measures in response to the outbreak of corona-virus. (Photo by Nutthawat Wicheanbut)

Mr Sontirat said deliveries will begin to hospitals next Monday, with those considered vulnerable such as medical workers, the elderly and people who have non-communicable diseases eligible to receive the sanitiser at hospitals free of charge.

He is confident there will no longer be shortages of hand sanitiser starting next week.

"The club is confident Thailand will have no more shortages," he said. "People can buy it easier than before and shortages will eventually dry up thanks to competition."

Mr Adisorn expects demand to continue even after the outbreak as people's behaviour changes.

"The hand sanitiser gel and alcohol gel products will become part of a new regimen across the world that is important to daily life," he said.

The club consists of 60 medical device companies in Thailand, most of which are small businesses.

He said the alcohol sanitiser gel costs very little to produce, but declined to disclose an investment budget for the new product.

Mr Amorn said the first batch of the product, about two tonnes, will be delivered free of charge to medical personnel and front-line workers.

Following the donation, TNR plans to launch commercial sales in May and in the coming year to diversify into cosmetics.

TNR received a licence to make and trade sanitiser recently from the Food and Drug Administration (FDA) after asking permission this month. The firm has a production capacity of 500 kilogrammes per day.

He said the FDA also unlocked strict conditions for licences by shortening the approval time from 4-6 months to only one month.

Wannipa Bhakdibutr, president of Osotspa Plc, said people will likely remain concerned with cleanliness and health as a result of the outbreak and these alcohol-based products will remain widely available.

She expects the products will improve and diversify as manufacturers experiment with a variety of special formulas and scents.

Osotspa is preparing for rising demand by adopting technology to manage supply and logistics systems to prevent repeat shortages.

Sirivutth Siamphakdee, honorary adviser to the Thai Ethanol Manufacturing Association (TEMA), said sanitiser makers should not worry about another shortage during the lockdown period as there is an ethanol glut because so few people are driving.