Mr Tassapon admits to conversations with other airlines. (Photo by Pattarapong Chatpattarasill)

With its "fortune hanging in the balance", the chief of Thai AirAsia (TAA) says it may merge with another low-cost carrier (LCC) to clamp down on pricing wars once flights eventually resume in the country.

If Thailand does not resume tourism activities by July, TAA's chairman said next year the company would begin laying off employees, downsizing the company and its fleet to keep its business alive.

Local aviation has suffered considerably over the past few months because of the Covid-19 pandemic and government restrictions on international and domestic air travel, including the total shutdown of Phuket's airport.

Some 40% of TAA's revenue had previously come from flights in southern Thailand passing through Phuket airport.

"TAA is burning about 1.2 billion baht per month during the lockdown when the 60-aircraft fleet of TAA is left stranded at airports," said Tassapon Bijleveld, executive chairman of SET-listed Asia Aviation Plc (AAV).

Mr Tassapon, a major shareholder with 40.52% of AAV, which is the owner of TAA, told the Bangkok Post he already had a conversation with other airlines about the possibility of a merger, but cannot disclose any details as there's not yet a concrete plan, and other conditions are needed to accelerate this decision.

Thailand has seven LCCs, but in his opinion three operators are sufficient for the competition in this market.

"A merger is possible if aviation in Thailand resumes with the same old fiery price wars, as now we have more limited revenue sources," said Mr Tassapon.

He admitted AAV is anticipating unprecedented losses this year.

Though domestic air services have taken off since May, the load factors have not been good, as only those required to travel did so, not leisure travellers. 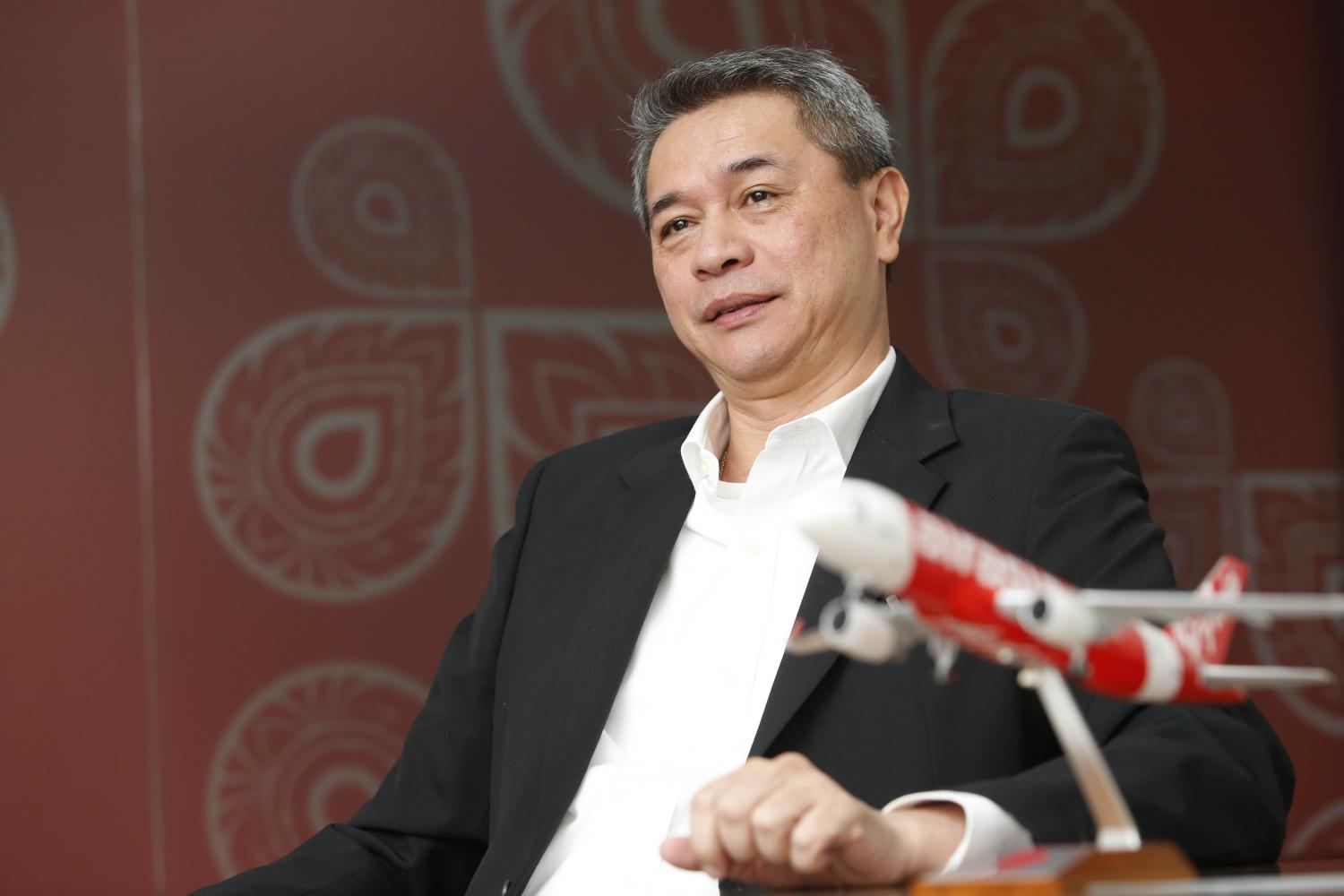 While international guests are expected to return in October, starting with an Asian wave, European guests will need another two years for a full recovery, said Mr Tassapon.

He said the operation cost of each domestic flight has risen by 15-20%, mainly attributed to hygiene safety standards, but the average revenue decreased because of limited seat allocation to comply with physical distancing rules.

"If TAA can fly from 20 to 60 jets by the second half of this year, we can survive 2020 as other cost reductions have been implemented, and we expect a better performance after the second quarter," he said.

TAA reported total revenue in the first quarter of 9.4 billion baht, down by 19% year-on-year, with a net loss of 671 million baht.

The salary cut and furlough initially planned for March to September is likely to extend to December, including a 75% cut of his own salary and 25% from the pay of more than 1,000 pilots.

But he insisted TAA will not lay off any of its 6,000 employees, nor shrink the fleet and operation size as other airlines are doing.

Mr Tassapon said when tourism and the economy bounce back, TAA should come back faster and stronger than its peers as its fleet and staff will be at full force.

"I'm optimistic that if TAA can recover 30% of local passengers, we'll have more liquidity to run the business, following the 5-billion-baht soft loan the airline is expecting to receive soon," he said.

Thai AirAsia X, the long-haul LCC of AirAsia group, anticipates to serve local passengers on international routes linked to South Korea and Japan first when all restrictions are lifted and it is safe to travel. This brand has 13 aircraft.

We preserved air traffic rights in prime destinations that we can utilise right away if the situation demands it."

But if there's still no sign of tourism activities in Thailand by July, the aviation industry here will crater, triggering unavoidable layoffs, bankruptcies or mergers and acquisitions, he said.

Mr Tassapon said TAA has been thinking about restructuring the company by downsizing the business and network, but this strategy is spared for the worst-case scenario only.