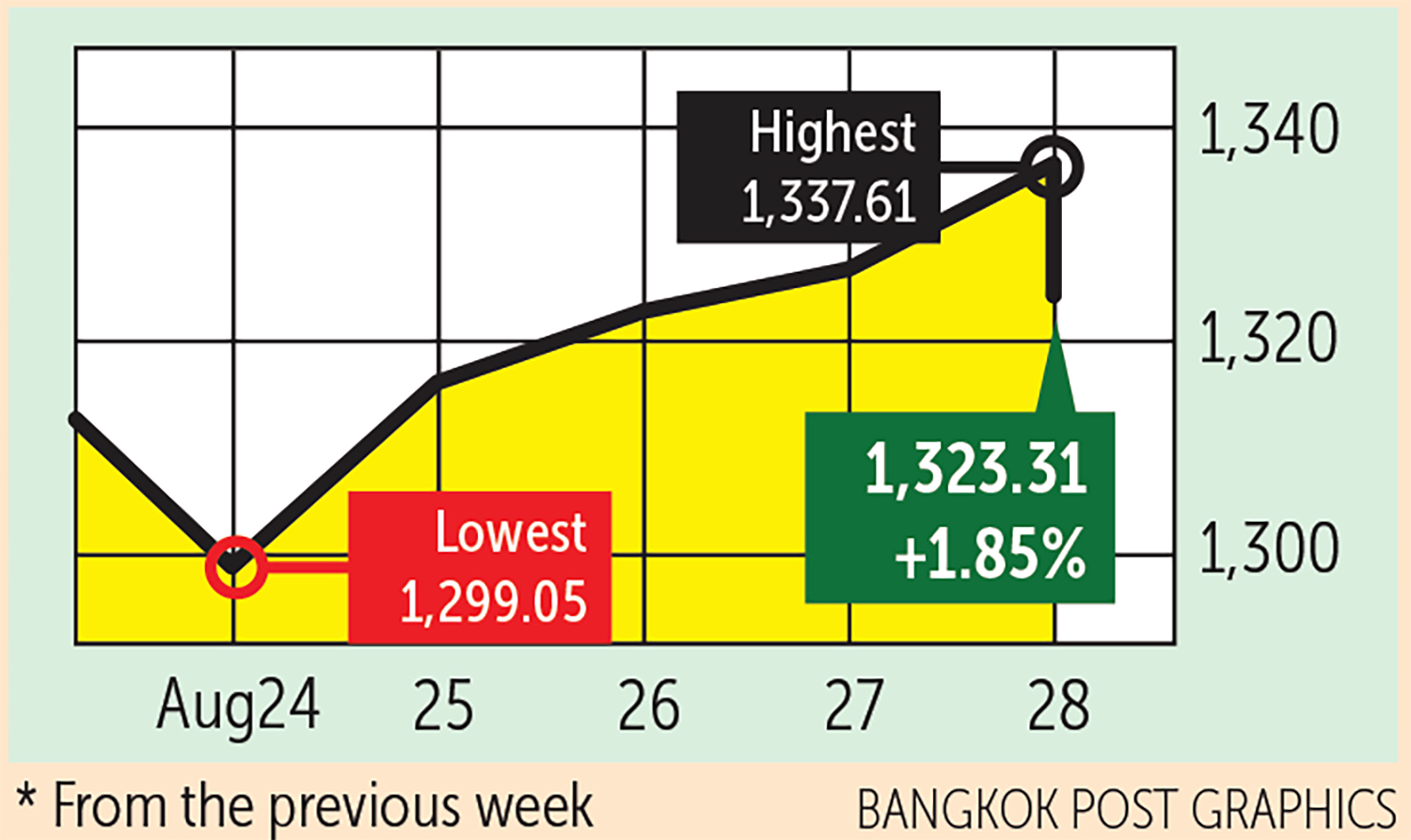 Newsmakers: Japanese Prime Minister Shinzo Abe yesterday surprised the nation by announcing plans to resign because of health problems, ending a record-setting tenure with no clear successor yet in place.

Brazil will announce Q2 GDP and the Reserve Bank of Australia will announce its interest rate decision on Tuesday. On the same day, Thailand will announce August manufacturing PMI, business confidence and inflation data.

Australia will announce Q2 GDP data on Wednesday. Australia, Canada and the US will release July trade figures on Thursday, with Thailand releasing August consumer confidence. The US will release August non-farm payrolls on Friday.

Stocks to watch: UOB Kay Hian Securities Thailand suggests a 60:40 ratio of cash to securities at the moment. It recommends accumulating infrastructure funds such as DIF, JASIF, SUPEREIF and BTSGIF, and shares of firms expected to post big profit growth this year, such as CKP and TASCO.

Capital Nomura Securities recommends speculative buysof stocks expected to be included in the revised FTSE All-World index on Sept 18. Suggested picks are CRC, BBL and BCG, along with MEGA and JMT for the FTSE SmallCap index. Firms expected to have a positive outlook for the third quarter are TU, CPF, TASCO, ICHI, HTC, JMT, WICE, BEM, SMT, KCE and HANA.