As Thailand marches towards its goal of sustainable development under the Thailand 4.0 model, the smart-city concept is front and centre in the country’s action plan.

Through sensor-based devices, and their ubiquitous connectivity enabled by novel ICT infrastructure such as 5G ultra-high speed internet, cities around the world are adopting the smart-city  concept to address many of the challenges arising from urban expansion, such as traffic congestion, waste management, air pollution, and security, while also meeting business objectives and improving people’s quality of life.

As future technology continues to evolve into today’s reality, Thailand has placed a priority on developing urban landscapes that encompass connected sensors, connected vehicles, smart meters and smart homes, along with a more flexible, mobile and effective level of connectivity, all while preserving green and community areas, as well as the local cultural identity. The new way of life in Thailand’s big cities is characterised by more efficient services, such as connected traffic lights that control vehicle flows more effectively, smart bins that know when they need to be emptied, better integrated public mass-transit systems and more robust cyber security. Smart technology is even applied to monitor crop growth and to create machinery maintenance schedules to enhance business efficiency.

The COVID-19 pandemic has added increased urgency to the relevance of smart-city technology as Thailand, and its neighbors, adopt more stringent healthcare precautions which require the efficient analysis of people’s mobility and connectivity data.

With its robust cooperation between public and telecommunication companies, Thailand is poised to be the first country among the Association of Southeast Asia Nations (ASEAN) ten members states, to roll out the fifth generation of broadband internet (5G) for full commercial use in late 2020. The arrival of 5G will further accelerate the adoption of IoT thereby enabling Thailand’s smart-city endeavors to become a reality more easily1.

Thailand’s smart-city development is also aimed at better serving both tourists and meetings, incentive travel, conventions and exhibitions (MICE) travellers, with these two groups accounting for 40 million2 and 1.27 million3 visitors in 2019 respectively. This, together with the new investment required in system development, will also help stimulate the overall Thai economy.

Smart-city developments are materialising across Thailand, with a focus on blending a traditional sense of culture with basic infrastructure that provides residents with greater convenience in transportation, energy efficiency, and digital technology4. To qualify for the incentive program of the government and Thailand’s Board of Investment (BOI), eligible projects must meet at least two of seven development aspects with smart environment being one of them. The seven categories and their criteria include:

- Smart Living: maximising the health, safety and quality of life of residents.

Proposals must include details on the financial management of the investment, which can be conducted through the Public-Private Partnership approach. The Digital Economy Promotion Agency (DEPA)’s Smart-city Office, the Ministry of Energy, and the Office of Transport and Traffic Policy and Planning will assess all proposals and action plans for smart-city developments as well as their digital infrastructure. Upon receiving final approval, the cities or municipalities will be allowed to use the designated “Smart City” logo while also becoming entitled to tax and non-tax investment incentives from the BOI, as well as financial and technical assistances from the DEPA.

To date, the Smart-City Development Steering Committee has received proposals for evaluation from 39 cities across the country, out of which ten cities have already been approved in seven provinces, namely Bangkok, Phuket, Kon Kaen, Chiang Mai, Rayong, Chonburi and Chachoengsao. The DEPA targets achieving 100 smart cities spread across all of the country’s 76 provinces by 2022.

Of the 39 cities that have already submitted proposals, 12 are municipalities, including seven city municipalities, four are town municipalities and one is a subdistrict municipality. So far, cities in six provinces in addition to Bangkok have begun the process of transformation into smart-cities.

Phuket, a popular resort island in Southern Thailand, and Kon Kaen, the largest city in Thailand’s northeastern region, are regarded as the cities which have made the most significant progress on the road to becoming smart-cities.

Kon Kaen’s transformation was led by the private sector, with the emphasis on smart mobility through the development of Light Rail Transit (LRT) and Transit Oriented Development (TOD) mass transit systems around the city’s train station, to improve the commercial viability of the area. The USD 730-million LRT project, covering a 26-kilometre route, is at the heart of the city’s plan to stimulate the economy of the Kon Kaen province and support the growth of the city’s MICE and healthcare industries, while also avoiding air pollution. With its focus on transportation, Kon Kaen’s smart-city development is forecast to increase employment by nearly 20% and reduce traffic on the province’s main highway by 10%.

Meanwhile, Phuket’s smart-city development, driven by the private sector and local municipalities, is focused on the development of a data platform for integrating data from all sources, such as Wi-fi service points, car license plate registrations, and CCTV, for analytics to improve understanding of people’s mobility on the island. Phuket also aims to install more CCTV units along the island’s beaches and entry points to maximise tourist safety. Another smart tourism project launched by Phuket involves tourists wearing smart wrist bands when they go diving so that their position can be monitored and alerts can be activated if they stray too far from their boats. The city also plans to install air and water quality checks, as well as flood monitoring systems.

Other smart-cities have different focuses, based on the needs and participation of the locals. Among them, Chiang Mai, the largest tourism destination in the Northern region, has placed its focus on sustainable tourism and smart agriculture. The Phahon Yothin Smart Mobility Centre is one of Bangkok’s smart-city projects. Its aim is to develop the Bangsue Train Station into a transportation hub connecting Bangkok, not only with the central, northern, and northeastern regions of the country, but all of the ASEAN region and China. The project will include the development of MICE and commercial facilities. The Eastern Economic Corridor, the country’s new Eastern Seaboard economic development zone, which spans Chonburi, Rayong and Chachoengsao provinces, is gearing towards Smart Mobility, Smart People and Smart Economy aspects of smart-city development. The public and private sector are driving the launch of ASEAN’s most advanced digital centres and academies, known as Thailand Digital Park.

Launched in 2018, the ASEAN Smart Cities Network (ASCN) is a collaborative platform for cities across ASEAN to work together towards the common goal of sustainable smart-city development. As part of a process for building a people-centred ASEAN Community, the ASCN has the goal of raising the quality of life of people in ASEAN through technology and innovations and by solving problems associated with rapid urban growth, such as city congestion, poor water and air quality and disparities between urban and rural society.

The ASCN’s pioneer group in 2018 comprised 26 diverse cities from across the ASEAN region, which were nominated by their national governments. In Thailand, these cities included Bangkok, Chonburi and Phuket. The ASCN aims to synergize its development efforts, sharing best practices and fostering a network of smart-city developments across the region. 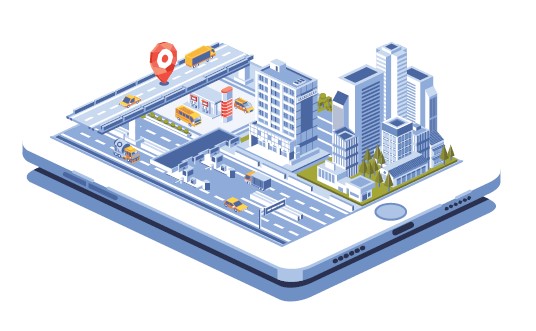 It's gonna be all right, Taylor Swift tells NYU graduates

Taylor Swift received an honorary doctorate from New York University on Wednesday and told graduates that everything would be all right, echoing the sentiments of her hit single Shake It Off.

Guitar that broke up Oasis sells for B14mn

Noel Gallagher's Gibson guitar, which was broken in 2009 at the same time as the British group Oasis imploded, sold for €385,500 (14 million baht) at an auction in Paris on Tuesday.