Prime Minister Prayut Chan-o-cha has promised close collaboration with the private sector to speed up the vaccine rollout and achieve the target of inoculating 50 million people by year's end, government spokesman Anucha Burapachaisri said on Wednesday.

The spokesman said Gen Prayut stressed the role of the government in helping business leaders, including the Thai Chamber of Commerce and Federation of Thai Industries,  acquire more vaccines and accelerate distribution during a meeting at Government House with business leaders.

The key meeting was called to help the government tackle the slow pace of its fight against Covid-19, as the new wave of the epidemic further weakens the economy.

To date, about 240,000 people, out of a population of 69 million, have received the recommended two doses of vaccine, or less than 4%, according to data released by the Centre for Covid-19 Situation Administration on Wednesday.

The government is scrambling to buy more vaccines amid calls for Public Health Minister Anutin Charnvirakul to step down, although the embattled minister vowed to continue the fight against the pandemic.

Gen Prayut now calls the shots in the campaign against the disease, after the cabinet on Tuesday granted him temporary full authority to enforce 31 laws relating to the pandemic.

The private sector has proposed four teams, comprising several companies, to help increase the rollout and buy more vaccines. The proposal received backing from the government. (continues below) 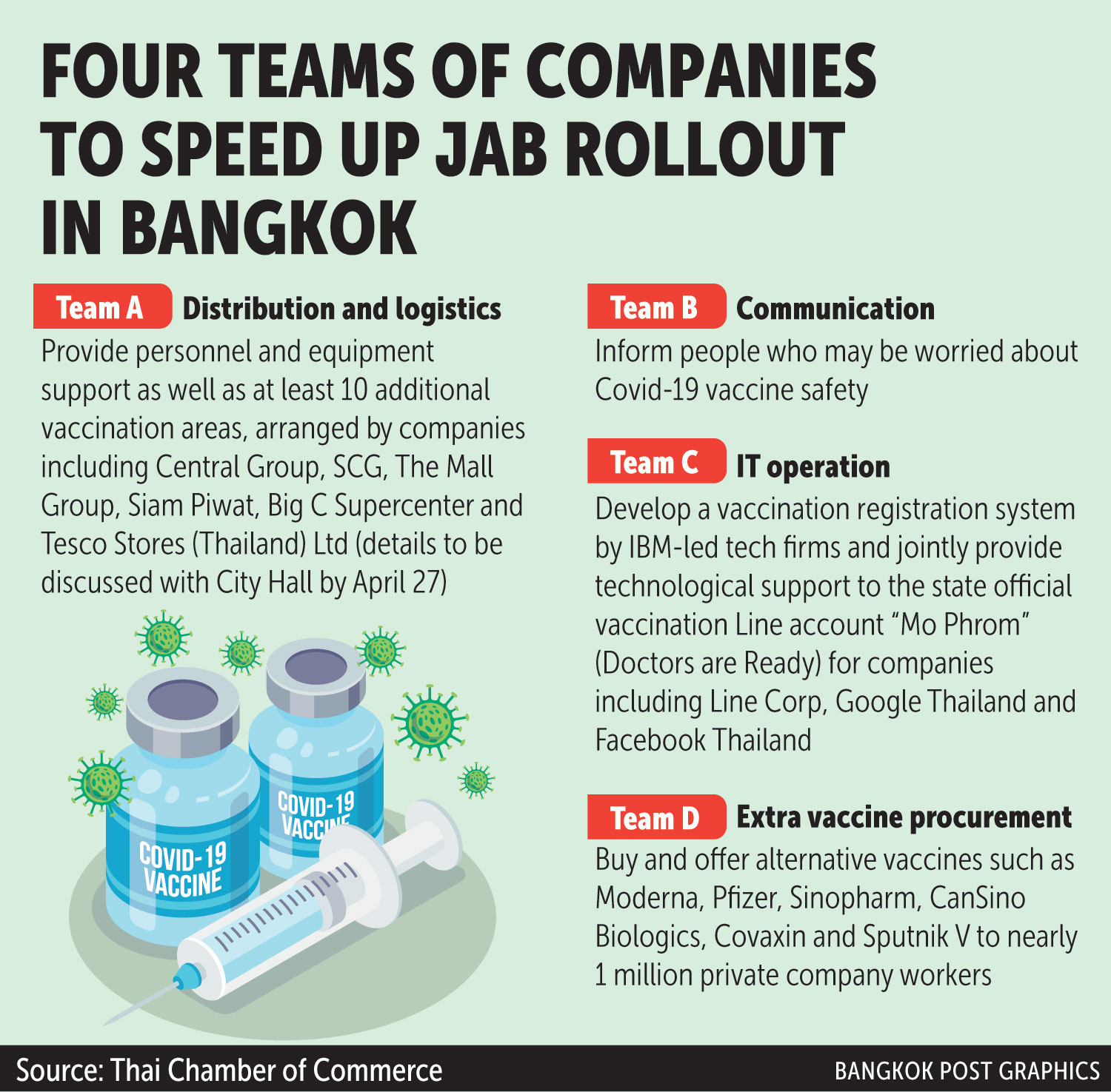 Sanan Angubolkul, the Thai Chamber of Commerce chairman, said after the meeting the prime minister welcomed the proposal.

Business groups estimated the latest outbreak would reduce economic growth by 1.2 percentage points. The Bank of Thailand has projected a 6.1% economic contraction this year.