Kriengkrai Thiennukul, vice chairman of the Federation of Thai Industry

The Federation of Thai Industries (FTI) is confident the government can slow the spread of the Omicron variant, though health officials raised the Covid-19 alert level following a rapid spike in new infections.

The warning level rose from 3 to 4 as officials encouraged people to work from home and suspend travel. Other measures include closing high-risk areas and limiting the number of people at gatherings.

The decision, announced by health permanent secretary Kiattiphum Wongrajit, followed yesterday's report of 5,775 new Covid-19 cases, up from 3,899 the day before.

"The FTI is not seriously concerned about the infections as they are still under 30,000 cases a day, which is viewed as a manageable rate by the government," said Kriengkrai Thiennukul, vice-chairman of the FTI.

The federation believes the government's two-year experience in dealing with the pandemic can help it get through the new outbreak. 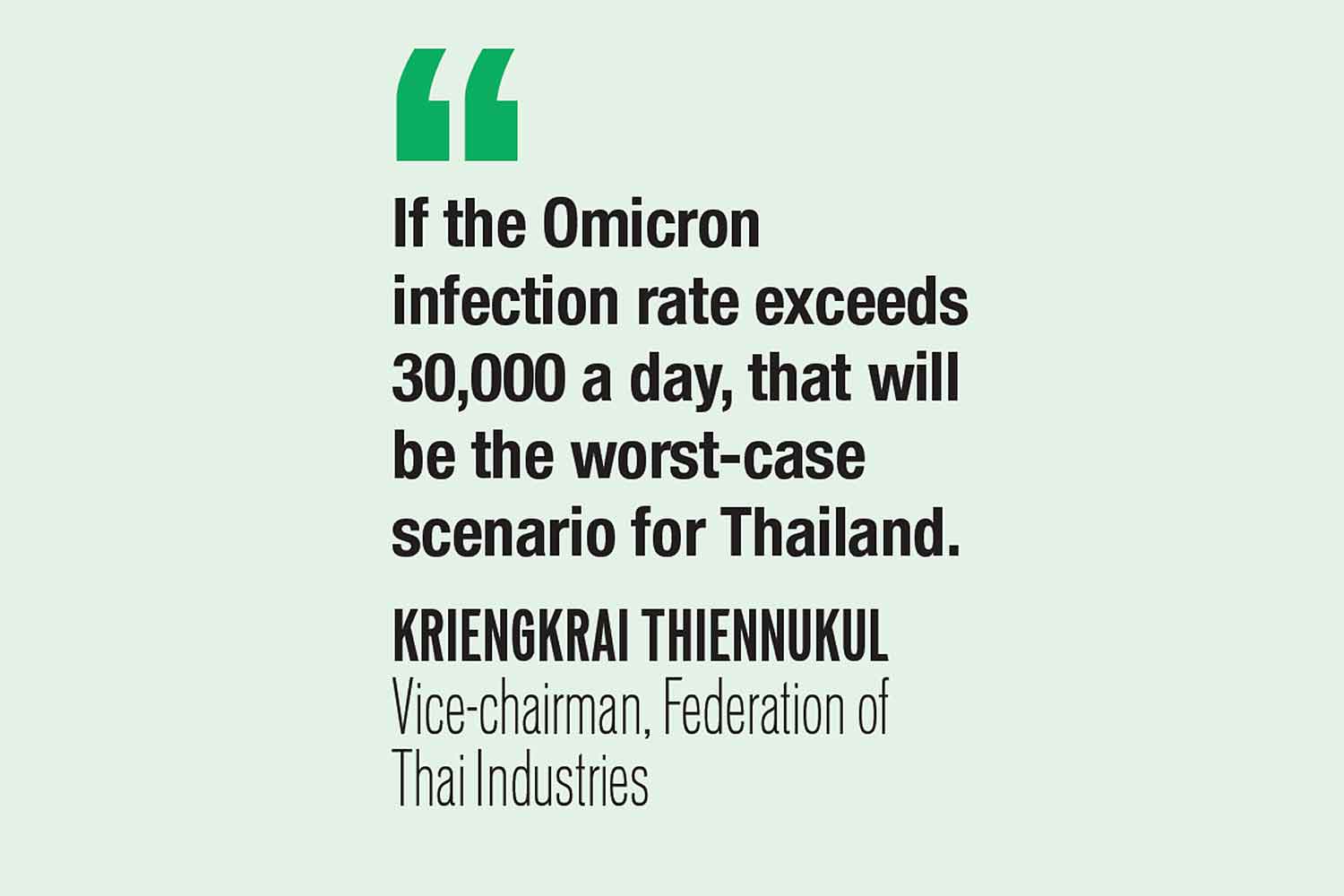 "If the rate exceeds 30,000, that will be the worst-case scenario for Thailand," said Mr Kriengkrai.

He said the FTI agrees with the government imposing only partial lockdown measures, like zoning certain areas for strict containment of the virus, as these will not have a severe impact on the economy. The government reopened the country on Nov 1 last year.

"It is acceptable if the government targets only some establishments such as bars and nightclubs, and does not resort to a broad Covid-19 lockdown," said Mr Kriengkrai.

The FTI is waiting to see the results of the government's work-from-home guidelines. The impact of Omicron's spread, believed to be fuelled by New Year celebrations, will become clearer after this period.

Many businesses expect to allow employees to work from home for another 1-3 months.