While the government plans to declare Covid-19 endemic on July 1, many in the business sector would like a more rapid rollback

After plaguing Thailand for two years with physical and economic ailments, the Covid-19 pandemic is expected to be downgraded to an endemic from July 1, marking a significant step towards full economic recovery.

Businesses, notably entrepreneurs in the tourism and service sectors, welcome the state plan to redefine the scope of the disease, but more tasks to restore the economy are needed, ranging from efforts to stimulate tourism to measures to deal with higher energy prices. 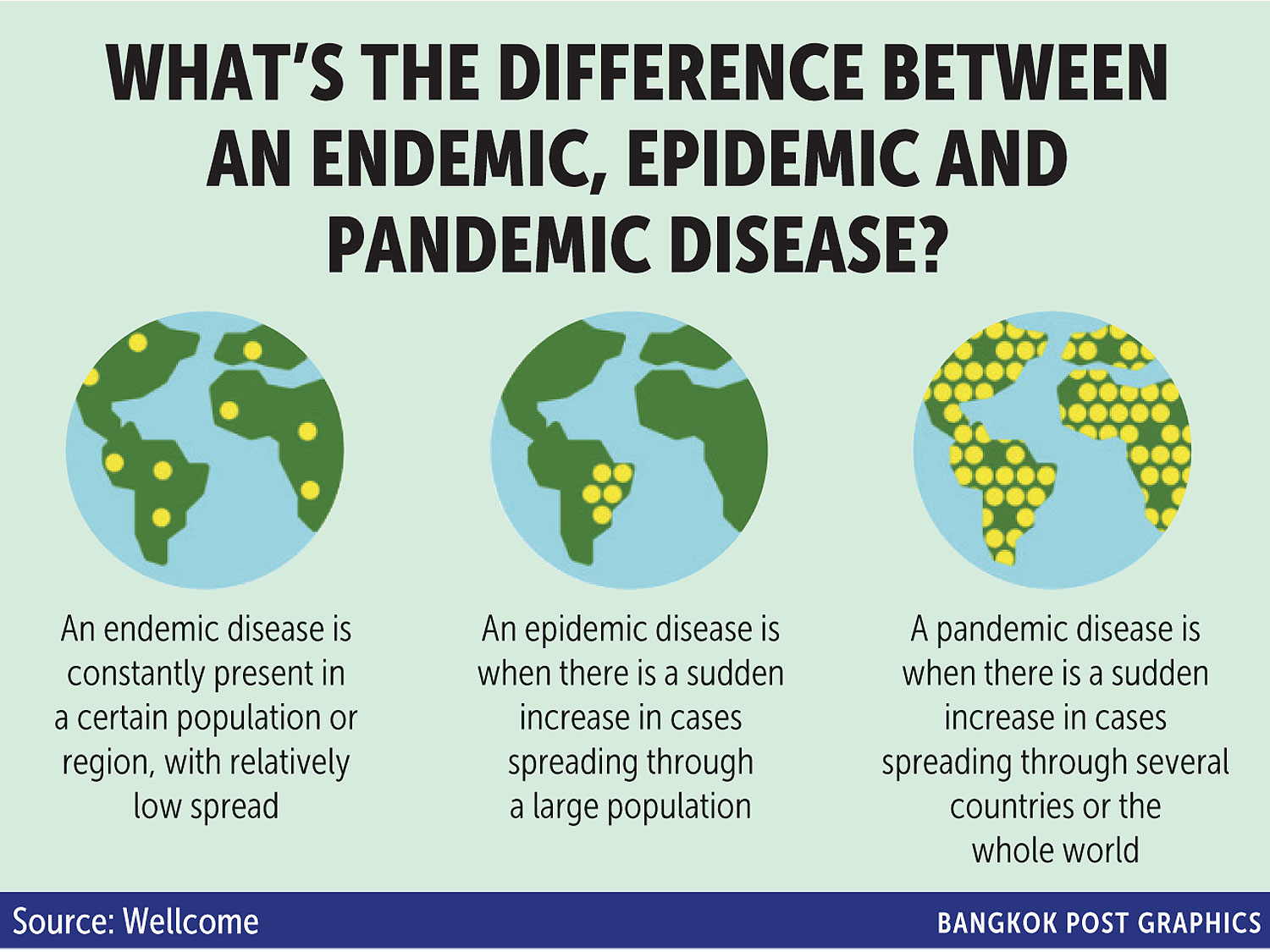 Chamnan Srisawat, president of the Tourism Council of Thailand (TCT), said tourism will definitely benefit from the declaration of Covid-19 as endemic because it should lead to further easing of travel rules, which could help stimulate the economy.

However, the July declaration date is almost four months away, which is too long for tourism operators struggling to maintain their business amid a lack of foreign visitors and slowing domestic demand because of the economic downturn and higher living costs, said Mr Chamnan.

He said it is too late to wait for July to scrap the Test & Go scheme because countries need to be prepared to seize travel demand now to win a heated global competition.

"Thailand used to be a first mover in terms of a reopening plan, but the country is going to face losses as it is slated to be one of the last ones to fully reopen now," Mr Chamnan said.

The government needs to accelerate its plan and drop every travel restriction by Songkran as a gift for Thai New Year's Day, he said.

The tourism industry is not worried about the pandemic as much as the economic fallout from a slump in travellers, causing higher unemployment in the sector as well as a rising suicide rate as businesses collapse, said Mr Chamnan.

He said the daily infection rate may vary from now until July, but foreign tourists to this point have had tiny infection rates, meaning there is no reason to keep delaying a full reopening, which keeps the Thai economy weak.

Mr Chamnan said the private sector would like to see a consistent and concrete plan from the government so they can plan their business strategy.

TCT is more than ready to help promote Thailand to international partners once the country is fully opened, he said.

Marisa Sukosol Nunbhakdi, president of the Thai Hotels Association (THA), said if the tourism industry has to wait until July for more entry relaxations, the country will lose out to competitors that are opening borders now.

Tourism momentum is not strong in Thailand as the industry tries to rebuild from rock bottom, said Mrs Marisa.

The current flow of tourists is below hoteliers' projections as they prepared their services by recruiting more workers and updating safety measures, she said. 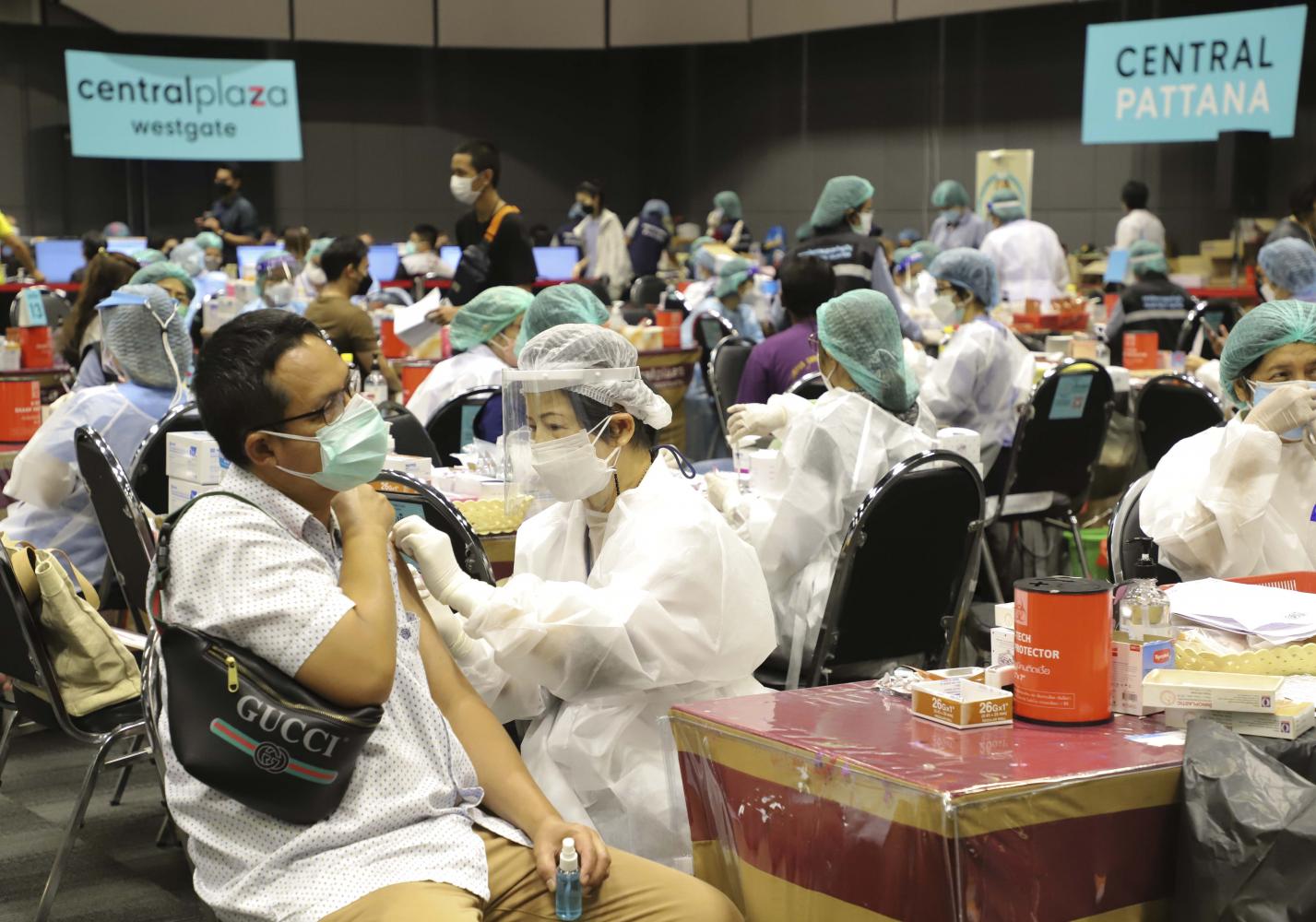 "Maintaining a business and employment is challenging as demand remains stable without significant growth in arrivals compared with the first stage of reopening last year," Mrs Marisa said.

The Test & Go programme should be dropped before Covid-19 is declared endemic in July to let the economy move forward as quickly as possible, she said.

In addition, the government should focus on booster vaccination for the high-risk group, meaning those aged over 60, people with a chronic illness and pregnant women, in order to build confidence that Thais can live amid the virus, said Mrs Marisa. This can change their mindset about welcoming foreign tourists, she said.

Sanan Angubolkul, chairman of the Thai Chamber of Commerce, shared similar views on the timing of the endemic declaration.

"Thailand should speed up the declaration of an endemic disease before July 1 as scheduled. A downgrade to endemic should be announced before the middle of this year," he said.

Mr Sanan said many countries in Europe, despite thousands of new daily infections, announced full travel relaxations because they are confident the Omicron variant is less virulent than the Delta strains.

Vietnam, for instance, declared Covid-19 an endemic disease faster than originally scheduled to grab an opportunity for economic recovery through tourism, he said.

"Thailand should relax restrictions and allow activities to make it more convenient to drive the economy forward after a long deterioration. People and entrepreneurs have been already affected a lot," said Mr Sanan. 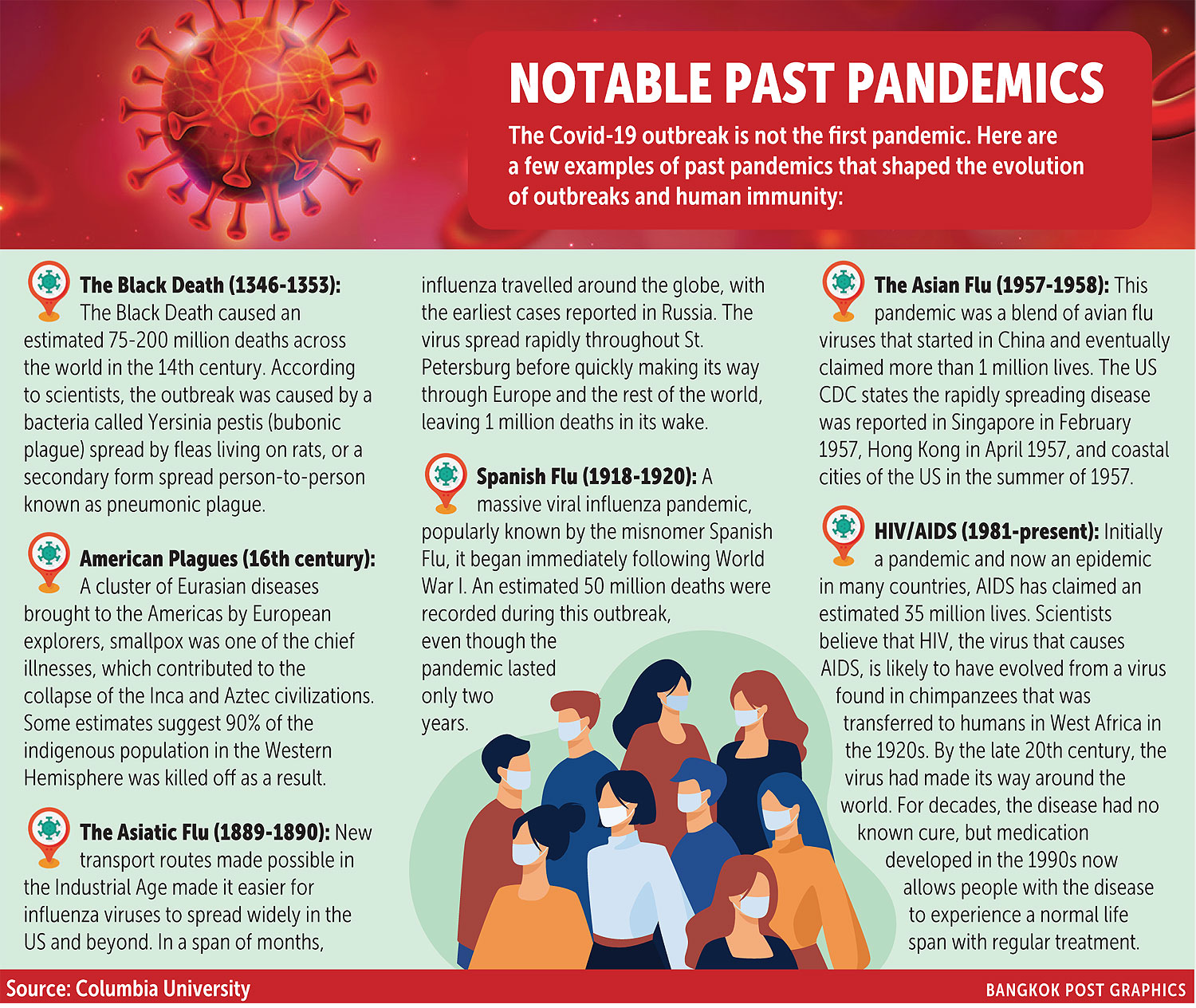 Despite questions about timing, the Federation of Thai Industries (FTI) regards the plan to declare Covid-19 endemic later this year as the right move to better manage the public health budget and stimulate tourism.

Less fear of Covid-19 will lead to a relaxed atmosphere in the country as the disease causes mild symptoms among many people and may be categorised as similar to the flu, said Supant Mongkolsuthree, chairman of the FTI.

"Many countries have begun to treat Covid-19 as endemic to help drive their economy," he said.

Mr Supant said the Omicron variant, unlike its virulent Delta predecessor, does not cause severe illness in many vaccinated people.

"Thailand should follow the lead of these countries, with the government educating people on the nature of the disease to build public trust," he said.

Once the government has a good healthcare management structure in place and adequate efforts to contain the spread of Covid-19 are defined, it can save budget in that area and allocate more money to fuel an economy reeling from the two-year impact of Covid-19 and higher energy prices triggered by the Russia-Ukraine war, said Mr Supant.

He previously urged the government to consider seeking additional loans of at least 1 trillion baht to deal with soaring energy prices as well as to stimulate the economy.

The unsettled Russia-Ukraine conflict caused the Joint Standing Committee on Commerce, Industry and Banking to downgrade its 2022 GDP growth target to a range of 2.5-4.5%, down from 3-4.5%, with inflation expected to tally 2-3%, up from an earlier prediction of 1.5-2.5%.

But if tourism continues to recover steadily, other related businesses should enjoy better revenue. An endemic declaration can benefit the tourism industry because it can help stimulate travel, encouraging tourists to spend more money, said Mr Supant.

The FTI expect 5-6 million foreign tourists to visit Thailand throughout 2022. 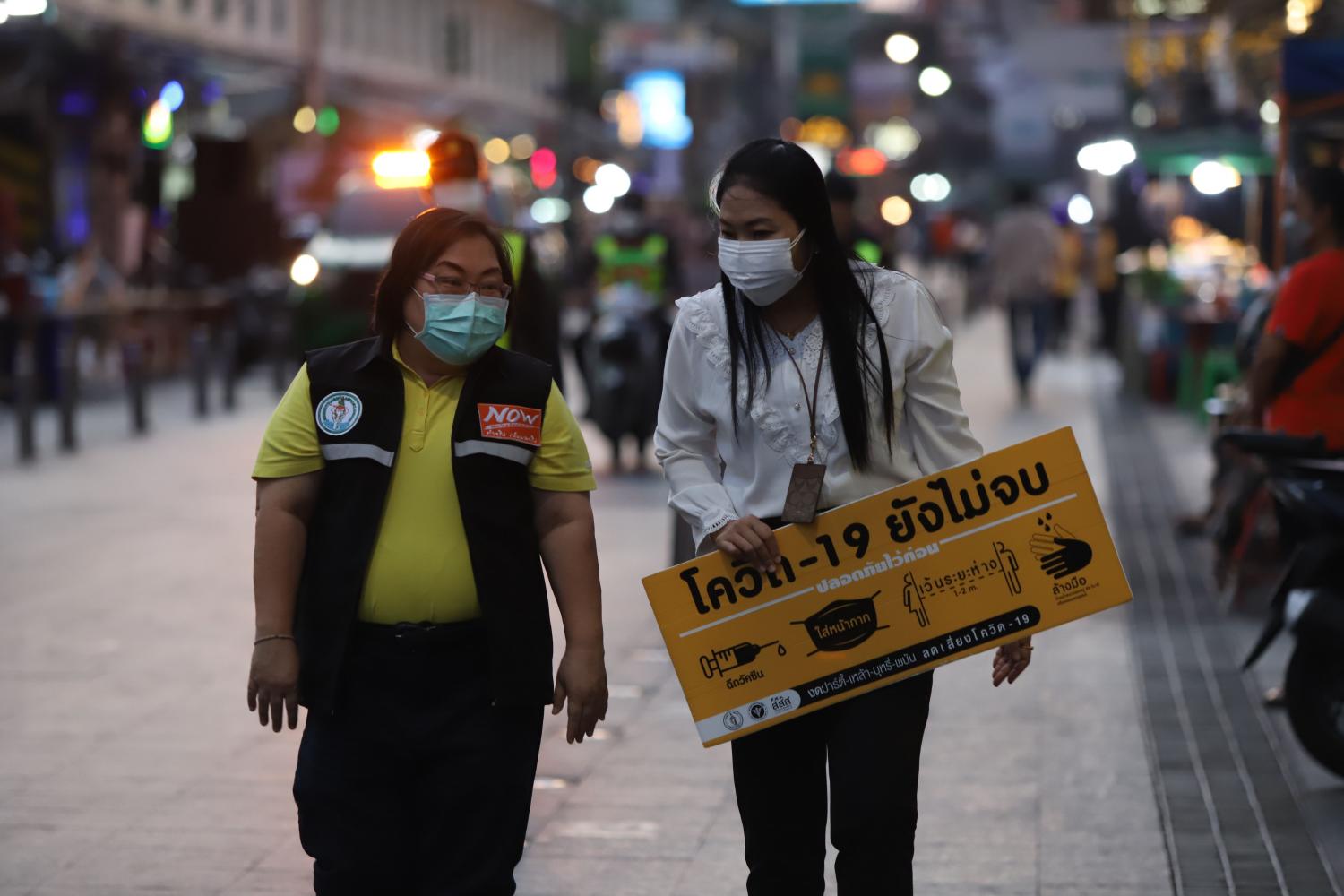 A woman holds a sign that reads 'Covid-19 is not over' on Khao San Road in Bangkok. (Photo: Varuth Hirunyatheb)

Authorities should also support the meetings, incentives, conventions and exhibitions segment to improve the tourism atmosphere, he said.

A status of endemic will mean a different set of regulations and guidelines for travel, but they are not viewed as a hindrance, said Mr Supant. Businesses and households can adjust to the rules, he said.

"People have changed their lifestyles since the virus emerged in late 2019, so a new adjustment will not be a problem," said Mr Supant.

"An endemic declaration will have a psychological impact, boosting consumer confidence," he said. 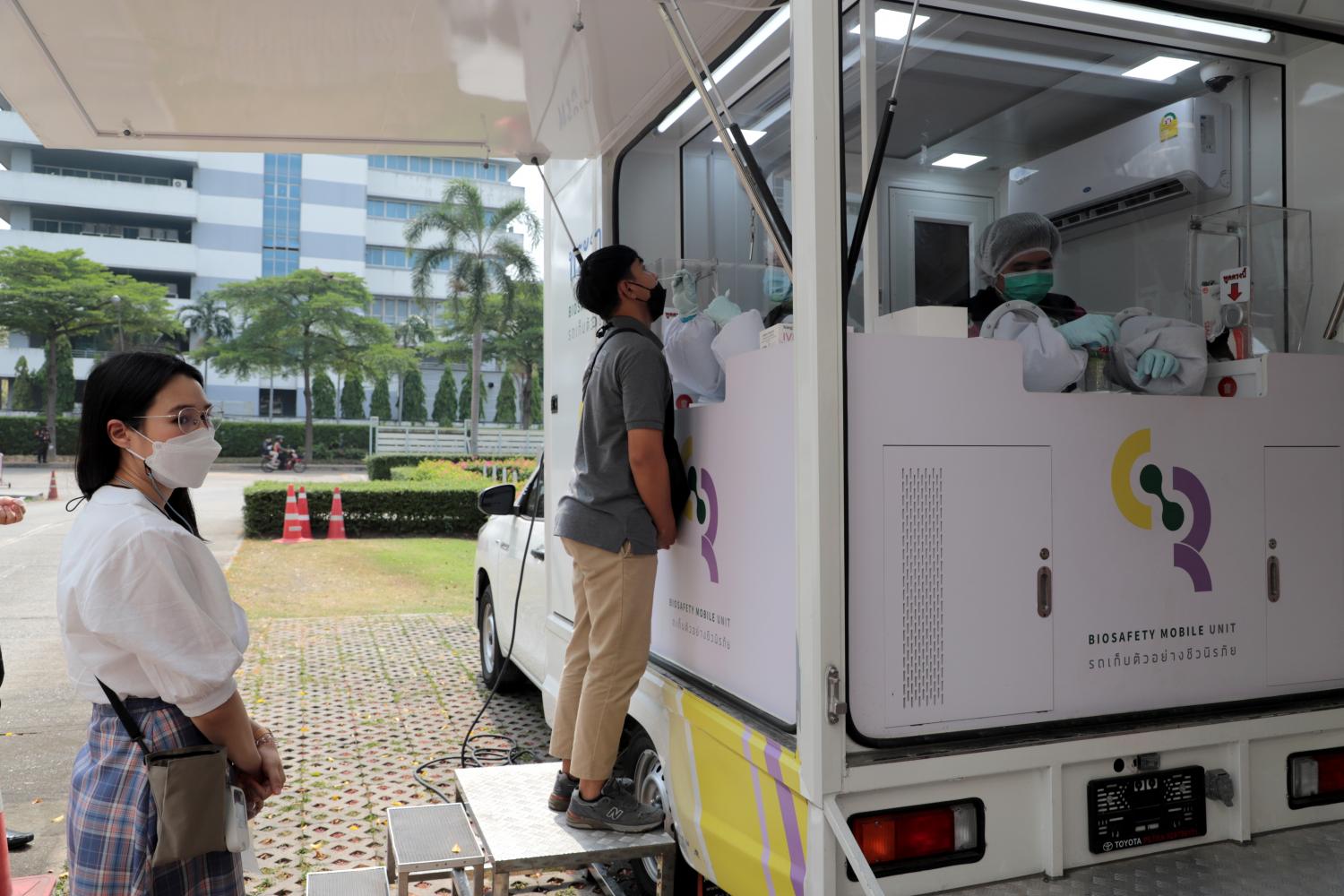 Companies in the energy sector welcome the Public Health Ministry's plan to gradually downgrade Covid-19 to endemic as energy demand has begun to return to pre-pandemic levels.

The declaration of Covid-19 as endemic will signal to people who are working and entertaining themselves at home to go out more and travel, said Rangsun Puangprang, executive vice-president of SET-listed PTG Energy, a local oil trader. That means the tourism sector will eventually restart, he said.

However, travel is not only limited by the pandemic, but also high energy prices, said Mr Rangsun. If global oil prices remain unsteady and spike again, the government needs to cap domestic oil prices to allow business activities to continue, he said.

Mr Rangsun said demand for oil is expected to return to levels tallied before the pandemic if the price is below US$90 a barrel. Global oil prices are expected to stand between $81 and $86 per barrel on average in 2022, up from $69.2 a barrel last year, according to national gas and oil conglomerate PTT Plc.

Many business sectors are growing as the government continues to promote foreign investments by encouraging relocation of production facilities to Thailand, he said. The result is not only more business activities, but also a rise in electricity demand, said Mr Nopadej.

Car and auto parts manufacturing, chemicals and data management businesses need a huge amount of power to run their operations.

Natural gas and renewable fuel will play an important role in driving the power sector, he said. 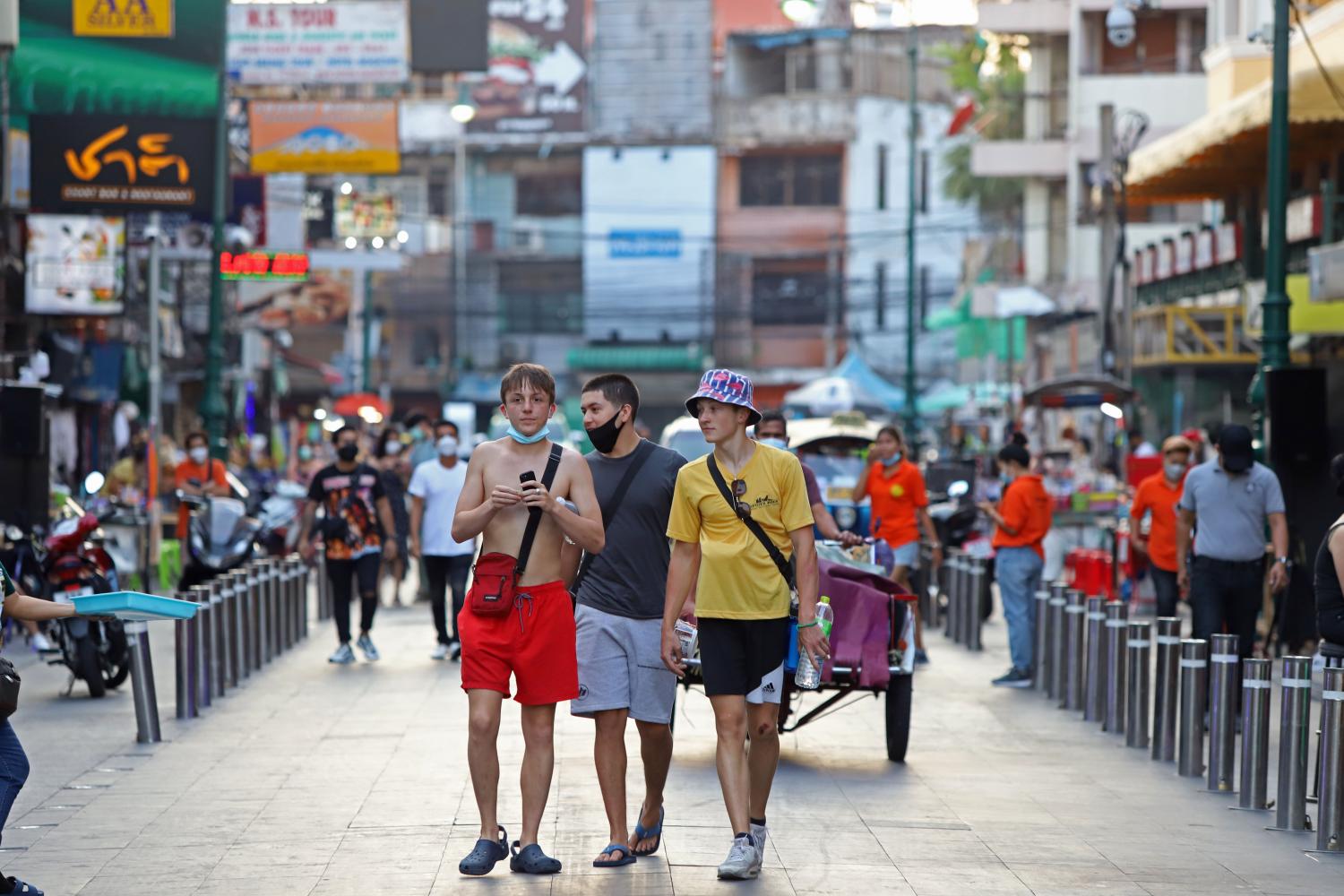