Recap: Global stocks retreated as markets worried about more US interest-rate increases while Asian shares slumped on a concern that China's Zero-Covid policy may hold back the region's economic growth. 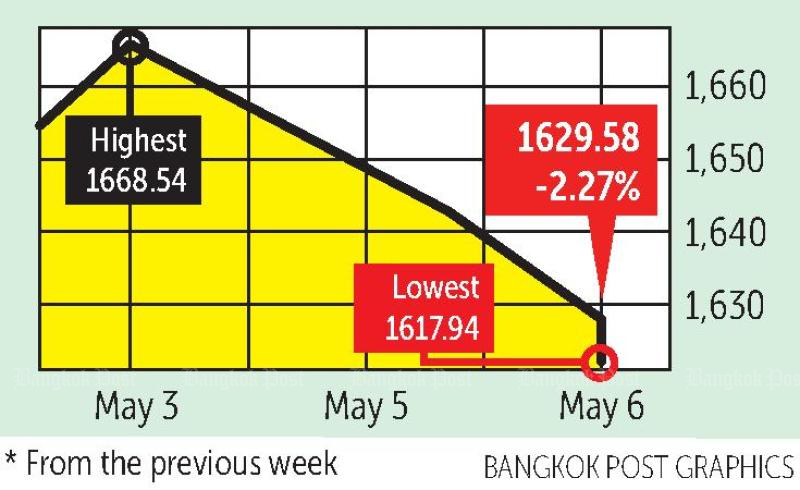 Newsmakers: The Federal Reserve made its biggest rate hike since 2000 with a half-percentage-point increase meant to crush soaring US inflation. Though widely expected, the news sent the Dow crashing 3% and the Nasdaq lost 5% on Thursday.

Stocks to watch: SCB Securities recommends allocating 50% of one's investment in stocks to those with good performance and limited impact from external factors, such as KBANK, AMATA, LH, GULF and ADVANC. It also urges investors to beware of speculative purchases of transport, automotive, building materials, power plants, real estate and packaging stocks, as their earnings are expected to drop because of the impact of higher energy costs.

Boys scurry, duck and weave through crowds sheltering from the suffocating heat before upending buckets of cooling water on beefy bovines waiting to compete at the annual traditional buffalo races in Chon Buri on Sunday.

Myanmar authorities said they torched more than half a billion dollars worth of narcotics on Sunday as part of eradication efforts for World Drug Day, as the UN warns that production of methamphetamine in the region is hitting record levels.