Malaysia, which supplies live chickens mainly to neighbouring Singapore and Thailand, in June halted exports until production and prices stabilise, after a global feed shortage exacerbated by the Russia-Ukraine war disrupted production.

Malaysia now has a slight oversupply of chicken following the export ban, Kiandee had said on Monday.

Opposition lawmaker Wong Shu Qi on Thursday criticised the ban, saying it had forced Malaysia's buyers to purchase chicken from other sources.

In response, Kiandee justified the ban, saying it was temporary and that similar protectionist steps had been taken by other countries facing food shortages.

"When conditions are stable - not just oversupply in a few locations, but all across the country - of course, the government will make a decision to allow exports," he said.

Kiandee said the government was also examining factors like the stability of supplies and farming capacity to decide whether it would review other measures such as subsidies and ceiling prices imposed on chicken and egg products after Aug 31.

The government has approved 1.1 billion ringgit (8.9 million baht) in subsidies for chicken and egg farmers to help them face a rise in feed costs and the loss of export revenue, he said. 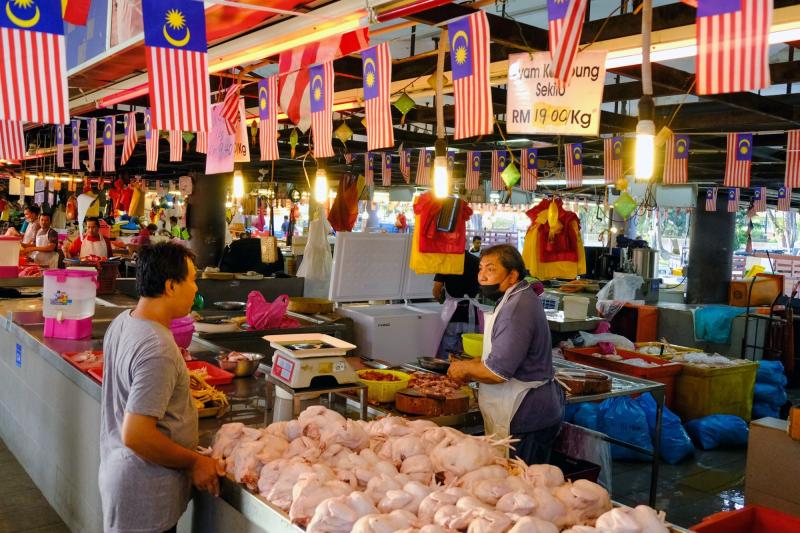 A customer interacts with a chicken vendor at a wet market in Shah Alam, Malaysia, on July 4, 2022. (Photo: Bloomberg)