Recovering a stuck aircraft: Not an easy job

It is not a simple job to recover a big Airbus that has slid off the runway, especially one with a damaged front landing gear. Here's how it was done after the recent accident at Khon Kaen airport. 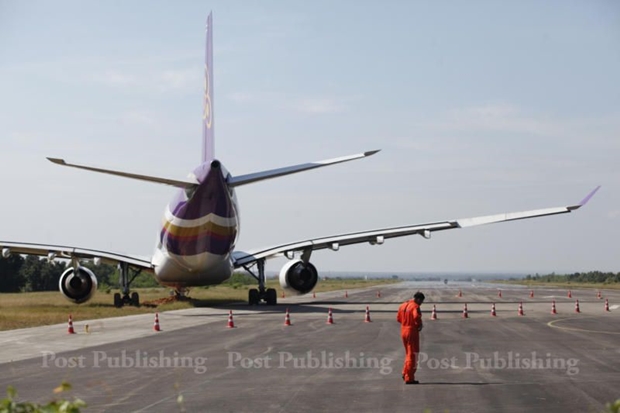 With no taxiways at Khon Kaen airport, aircraft returning to Bangkok need to make a U-turn at the end of the runway. This one was not successful. Photos by Pattanapong Hirunard.

Recovering a stuck aircraft: Not an easy job

Last Monday evening at about 8pm THAI Airways Flight TG047 was preparing for takeoff at Khon Kaen airport for a trip to Bangkok.

Since there are no taxiways at the airport, the Airbus A330 was driven to the end of the runway where it began a routine U-turn. 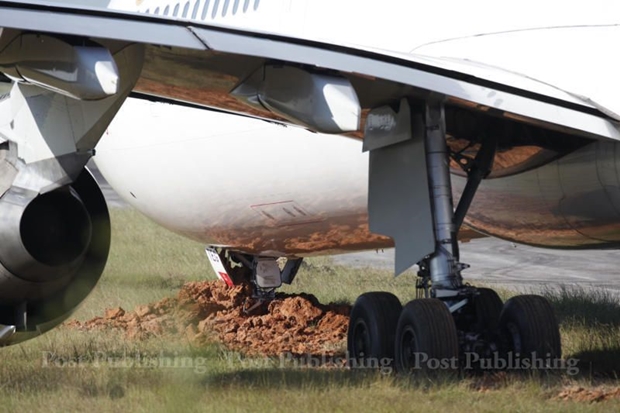 Stuck! The tyre of the front landing gear had to be replaced before the plane was moved back on the runway. But how?

For reasons still unclear, the turn was not completed successfully and the nose wheel and landing gear on one side of the aircraft ended up stuck in the soft ground next to the runway.

It is not a simple job to get such a huge aircraft back on the runway, especially with a damaged front landing gear whose tyre had to be changed.

Officials immediately closed the airport and a team of technicians from Thai Airways International and soldiers from Nam Phong Air Squadron 237 went to work. 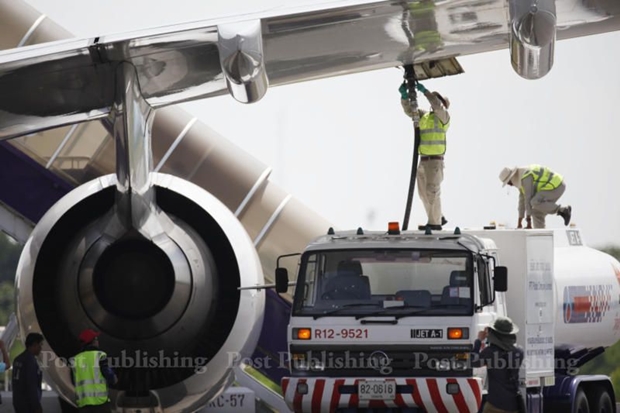 Fuel was removed from the aircraft to make it lighter. 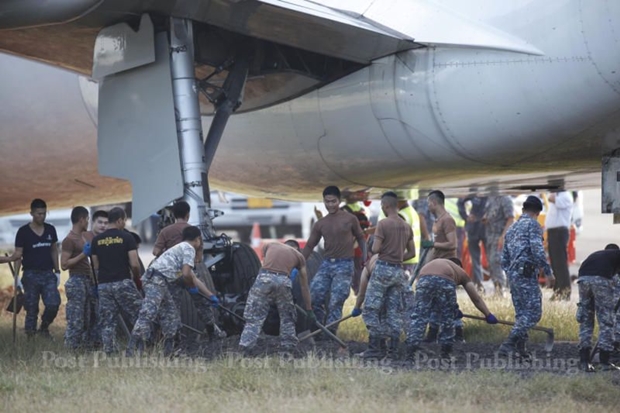 Air Force personnel remove soil from around the landing gear.

To reduce the weight of the plane, its fuel was removed. Soil was also removed from around the landing gear and the aircraft was lifted using two sets of inflated air cushions, allowing the tyre change to take place. 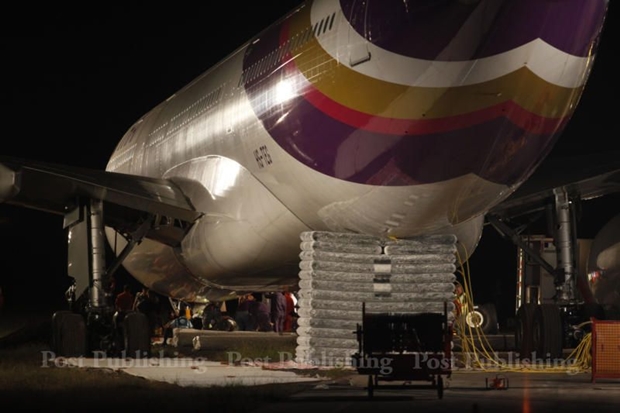 Air cushions were inflated at the back and front to lift the aircraft.

The job was finished at about 2:50am Wednesday morning. The airport closure affected 11 flights and about 3,500 passengers who were forced to use the Udon Thani airport instead.

Story contains information from the Bangkok Post and the Thailand National News Bureau.