In the land of the blind …
Life
Arts & Entertainment

In the land of the blind …

Curated by Nim Niyomsin, her work will be showcased at 1Projects gallery from Jan 18 until March 15.

Imhathai captures stunning images of temples and mosques, including the Krue Se Mosque, where there were 32 deaths, as well as other places of worship in Pattani province.

According to Nim, work in this series is a result of photos that were shot through human hair. The artist uses Facebook to receive hair donations from Buddhists and Muslims, inseparable and indistinguishable.

These fragile hairs are then linked together one by one, prior to being woven into a delicate pattern intentionally reminiscent of the decoration on Islamic architecture.

One set of photographs chose to focus on the foreground, a web of woven hair dividing the background into small fractions, fragments of reality.

In other photos, the focus is on the background, highlighting the architecture, but at the same time, our sight is blocked by the blurry lines of the hair.

Imhathai's work reminds us of the dire consequences of the insurgency. She encourages her audience to become proactively involved in change.

"Responsibility not only rests on the media but on all of us," remarked the artist, who lives and works in Lamphun and holds a bachelor's in Thai arts. 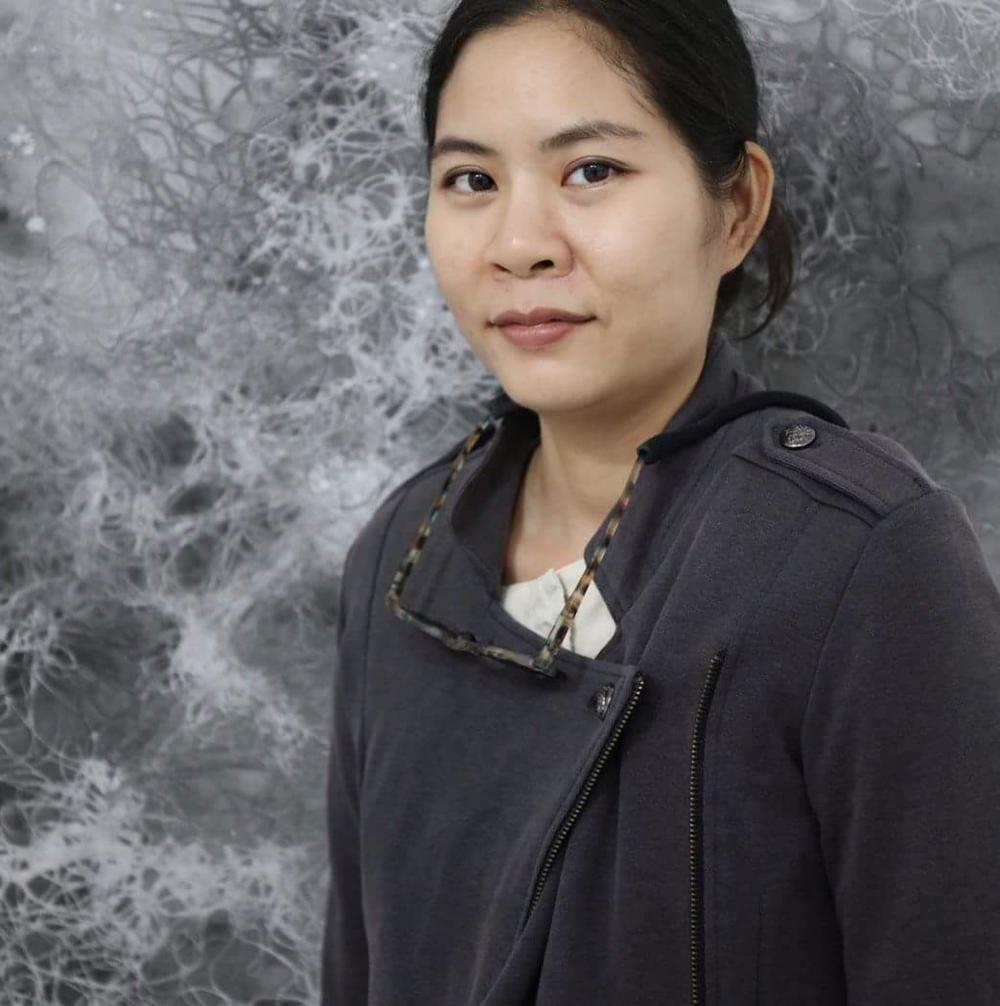 She also received a scholarship from the Italian government for the Marble Carving Program in Florence, Italy, in 2009 and obtained a certificate in marble carving from Accademia di Belle Arti di Firenze.

"[For me], the real unseen Thailand is not like the slogans the government uses to promote tourism, but is rather the part when Thais choose to un-see and forget."

Imhathai's works have been exhibited internationally at various major art events and venues in Korea, Japan, the Philippines, Singapore, Indonesia and the Songkhla Pavilion, Venice Biennale.

For more information about the exhibition, visit 1projects.org/events/objective.