In his latest exhibition "Elemental", artist Amnaj Wachirasut offers a deep insight into his inner being. But his work also captures a reflection of his outer mind and body, together creating a flurry of feelings, emotions and energy which he metamorphoses via the artistic process of colours and texture onto the canvas.

In short, Elemental is veteran artist Amnaj's theory that all life forms and material found on Mother Earth are made from a combination of complex indivisible particles that have been widely postulated in the early Eastern philosophies of Hinduism and Buddhism, and later in ancient Greece.

Democritus, the ancient Greek pre-Socratic philosopher primarily remembered for his formulation of an atomic theory of the universe, has also had an impact on the Thai artist's work.

The concept of these elements at play resonates in Amnaj's work. Observing his paintings, the audience can almost see living and moving particles within the images, whether it is an abstraction or a landscape void of people. Yet there is something being stirred up within the ambiance of his work that calls for attention.

The artist believes in the soul of the elements surrounding mankind, everything is one, and at the same time, forms different entities. Each affects and mirrors the other, transferring energy and keeping the universe in balance. 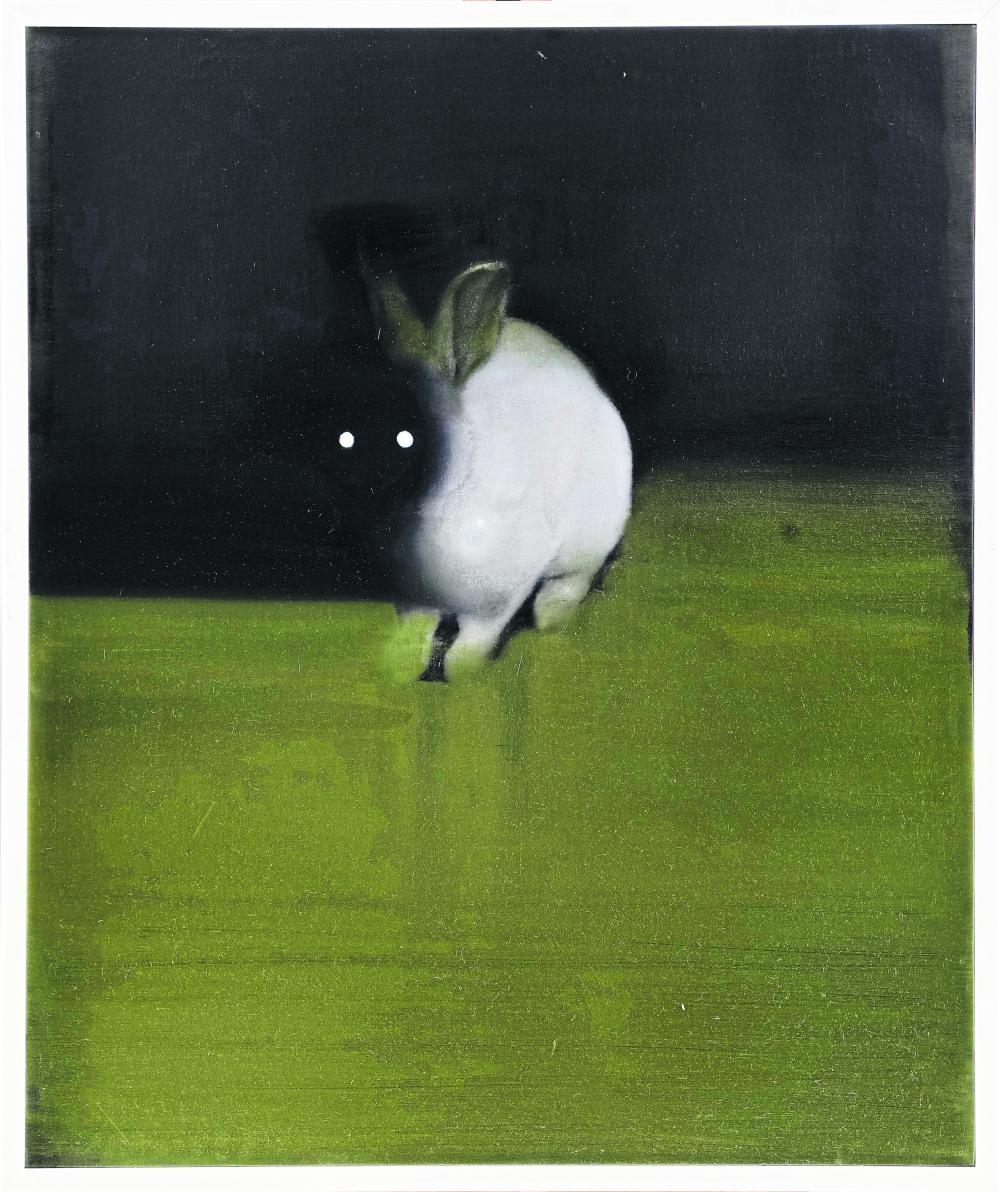 There is a tapestry of mixed and matched feelings and emotions at play in each exhibit; from serenity to violence, from desperation to contentment, a whirlwind of unending thoughts racing through one's mind.

The end result is a liberating one for the 50-year-old artist, who makes a conscious effort to leave his artwork open to interpretation. Transferring the control, and interpreting power from the creator to the audience.

Amnaj's paintings are inspired largely by pop culture from films, photography and found images. His work represents a realm beyond reality, a connection between conscious and subconscious.

Residing in Nonthaburi, he has a master's and bachelor's degree in painting from Silpakorn University. His numerous awards include first place at the Contemporary Art Competition by the Petroleum Authority of Thailand (1997) and winning the Thailand Art Award by Philip Morris (1996).