After the success of the first two seasons, the hit martial arts action drama Cobra Kai has permanently shifted from YouTube Premium to Netflix ahead of the highly anticipated launch of the third season as a New Year present for millions of Karate Kid franchise fans.

The last season of Cobra Kai ended with an epic high school showdown that left Miguel (Xolo Maridueña) injured and in a coma after being kicked over the balcony of a staircase by Robbie (Tanner Buchanan). The new season deals with the consequences of that as well as the struggles of main characters Daniel LaRusso (Ralph Macchio) and Johnny Lawrence (William Zabka) to find an answer to whether the lessons they are teaching students do more harm than good. Again, the show's creators provide us with a unique blend of formulas, from high action drama and romance to intentionally cheesy humour and a bunch of 80s references. The 10-episode new season is a short, easy binge. The storytelling quality remains strong and entertaining, and yes, there's still a tonne of well-choreographed action-packed fights.

Zabka returns as Johnny who continues being a hopeless guy stuck in the past but this time, he is especially down in the dumps as he feels responsible for Miguel's injuries and the reason a bad guy like Kreese (Martin Kove) has taken over his Cobra Kai dojo. Zabka has managed to give us a glimpse of both sides of Johnny's character, from a serious man who's trying to overcome the demons of his past to his comedic side as a low-tech goofy guy trying to be a real adult and learn how to function in the modern world. Meanwhile, Macchio does as good a job as Daniel, who is now struggling at keeping his family, business and his dojo together, however, without his mentor Miyagi -- who can help him realign -- he feels lost. So, Daniel decides to travel to Okinawa, the hometown of Miyagi, again to find a direction which will hopefully help him get back on track. Also, this time around, viewers get a chance to learn more about John Kreese's character as this season goes deeper into his past and reveals the roots of his ruthlessness.

Just like in previous seasons, the show still takes you down memory lane of nostalgia by pulling in old clips and footage from The Karate Kid movie series to help reinforce what's going on. This also helps provide context to some of the motivations as well as the struggles of the characters. There's also the introduction of a few new characters that will surprise and put a smile on the face of longtime fans of the franchise.

I feel like we have quite a few storylines going on in the new season of Cobra Kai, and while it's still an entertaining watch it feels as if it is being pulled in too many directions. This is especially true in the first half of the season with storylines ranging from Johnny and Daniel; the circumstances of Robbie who's on the run; what happened with the two dojos and how the kids are now divided; Sam (Mary Mouser) and her phobia since the school brawl; and the drama that is life in high school. There are too many things going on and it seems the show does not know where to focus. When the second half of the season finally seems to settle a bit and have some focus, the remaining storylines end abruptly, which is quite frustrating as viewers spend 10 episodes waiting for a climax that doesn't arrive. It seems as if everything was mostly a set-up for a fourth season which is still quite a while away. 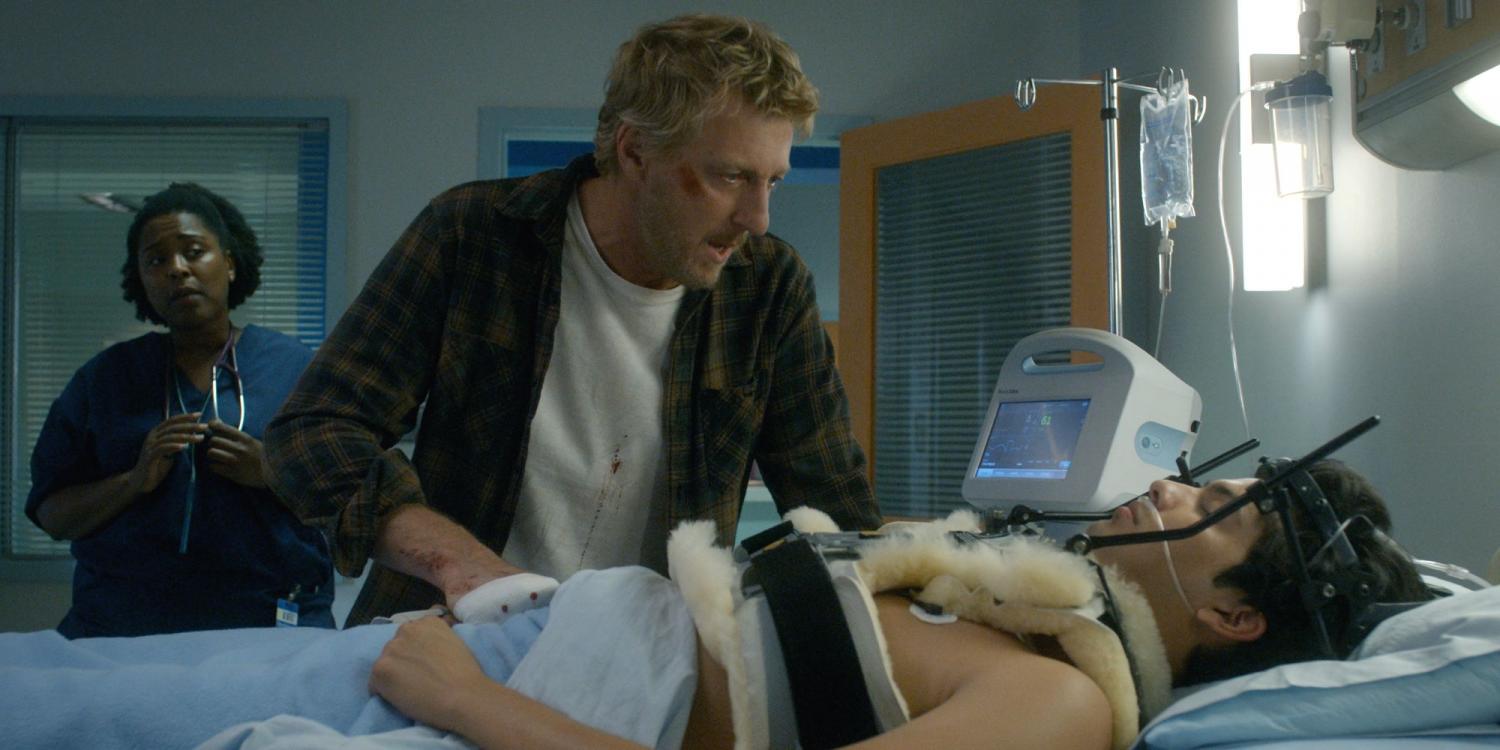