Hallyu is here to stay

As the success of Korean content goes global, Life sat down with Kim Min-young, VP of content for Netflix Korea, to discuss what the future holds in store

The Korean wave is unstoppable and this phenomenon is not just happening in Asia. Today, Korean content and pop culture has made it on the world stage thanks to an Oscar win by Parasite (2019) and the success of musical groups like Blackpink and BTS. This has boosted the profile of Korean content and increased its quality, helping it get more investments and new fans across the globe.

This year marks the fifth anniversary of multinational streaming giant Netflix expanding its service worldwide and entering South Korea. Since then, we've seen people all across the world fall in love with Korean-made content. This includes the success of the apocalyptic horror series Sweet Home; a rom-com about an unlikely love affair in Crash Landing On You; the K-zombie invasion in Kingdom and #Alive; the harsh reality of teenage life with Extracurricular; and most recently with the country's first space blockbuster Space Sweepers. Music fans have also had reason to cheer as they danced along with documentaries like Blackpink: Light Up The Sky.

Earlier this month, Netflix held an online press conference titled "See What's Next Korea 2021" to mark its five years of service in South Korea as well as announce its plan to invest US$500 million (15.3 billion baht) into South Korean projects this year. By doing so, it is tapping into the Asian cultural powerhouse as the global competition for viewers heats up. During the event, Netflix also unveiled its lineup of Korean content slated for release in 2021, including the sitcom So Not Worth It, two original movies -- rom-com Moral Sense and action blockbuster Carter -- and nine original series, including Hellbound, written by Yeon Sang-ho of Train To Busan (2016); Kingdom: Ashin Of The North, a special episode from the popular Kingdom series; and the sci-fi mystery thriller The Silent Sea, starring Gong Yoo and Bae Doona.

Life had a chance to talk with Kim Min-young, VP of content for Netflix Korea, Southeast Asia, Australia and New Zealand, during a roundtable interview shortly after the conference. She discussed with us the popularity of Korean content in Thailand as well as the rest of the world over the last few years and how the company has decided to invest more in the industry in 2021. 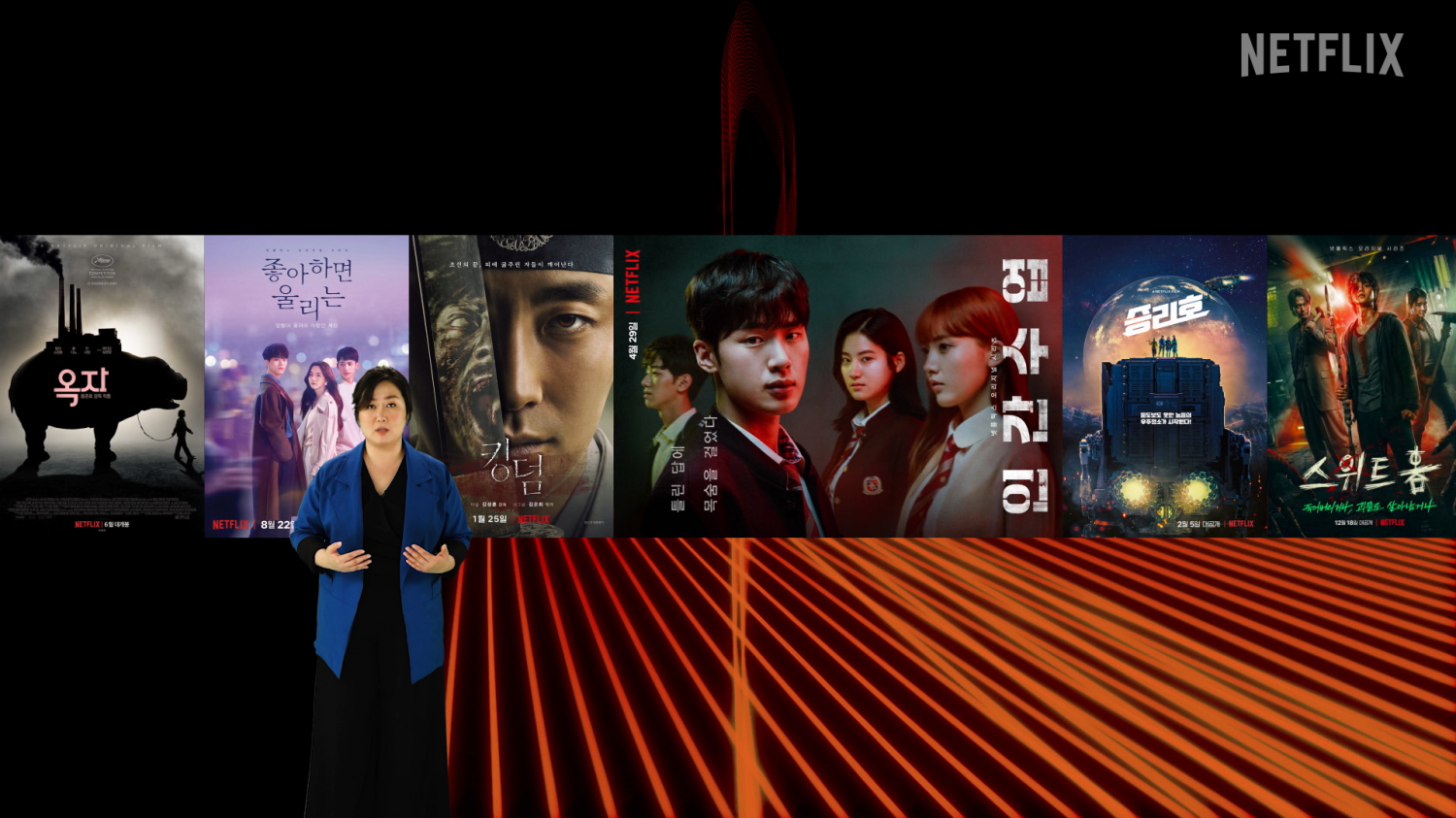 How do you view the response to K-content by audiences in Asia and around the world over the last few years?

We've seen a huge surge in interest in Korean content, especially amongst our Asian audiences. When comparing 2019 to 2020, the number of people watching Korean content has grown four times. The K-wave, or Hallyu as we call it here in Korea, is a huge moment of national pride and we're proud to be part of it.

Which Korean titles or series was most-watched in 2020? And why do you think it received such a good response?

Well, this is kind of difficult to answer because each type of content is different. Whatever we put on our service, we've made that decision with different expectations and viewers in mind. However, I think one of the most popular Korean shows we've had on the service is Sweet Home, which we released in the last quarter of last year and were able to get 22 million views in just 28 days. So, Sweet Home is definitely one of them. Then, we've also got other hit series like Crash Landing On You and the original film #Alive.

Netflix is a global platform and the viewers are diverse in terms of tastes, culture, and beliefs. When it comes to broadcasting Korean content globally, to what extent does Netflix face more challenges in producing content?

Can you tell us about the localisation process that is applied to Netflix series?

When we have a piece of content, we think about what countries the story might resonate in. So, for creating content, we first have to figure out what countries should we create subtitles and dubbings for by studying the market and behaviour of the people in that country. By studying that information, we make the decision about how many languages we need to create subtitles for and how many languages we need to create dubbings. At the moment, we have created subtitles and dubbings in 30 different languages for Korean content.

What makes South Korea's Netflix different from Netflix in other Asian countries?

We aspire to provide joy to our global audience and enable them to watch whatever they want, regardless of where they are. I believe that South Korea's Netflix is not too different from other Asian countries and our viewers in places like Thailand enjoy the content we release as much as our South Korean audience. However, I think audiences are very different depending on countries. For example, in Korea, there's a strong culture of watching local content but in Thailand, viewers enjoy a variety of content.

The K-pop fan base is huge and we do believe it's an area where there are stories that we need to share. However, we need to figure out something that is unique so that we can add value to the story because there are already many great reality shows out there about K-pop. We don't have a clear answer on it just yet because we're still in the process of figuring things out.

With the success of last year's Blackpink: Light Up The Sky, does Netflix have plans to release more documentaries in the future?

Netflix is known for bringing great documentaries to our members and I'm also a fan of documentaries, series, and features on our service. We do have plans to release more Korean documentaries that have the possibility to appeal to global audiences. Hopefully, I will be able to share that information in the near future. 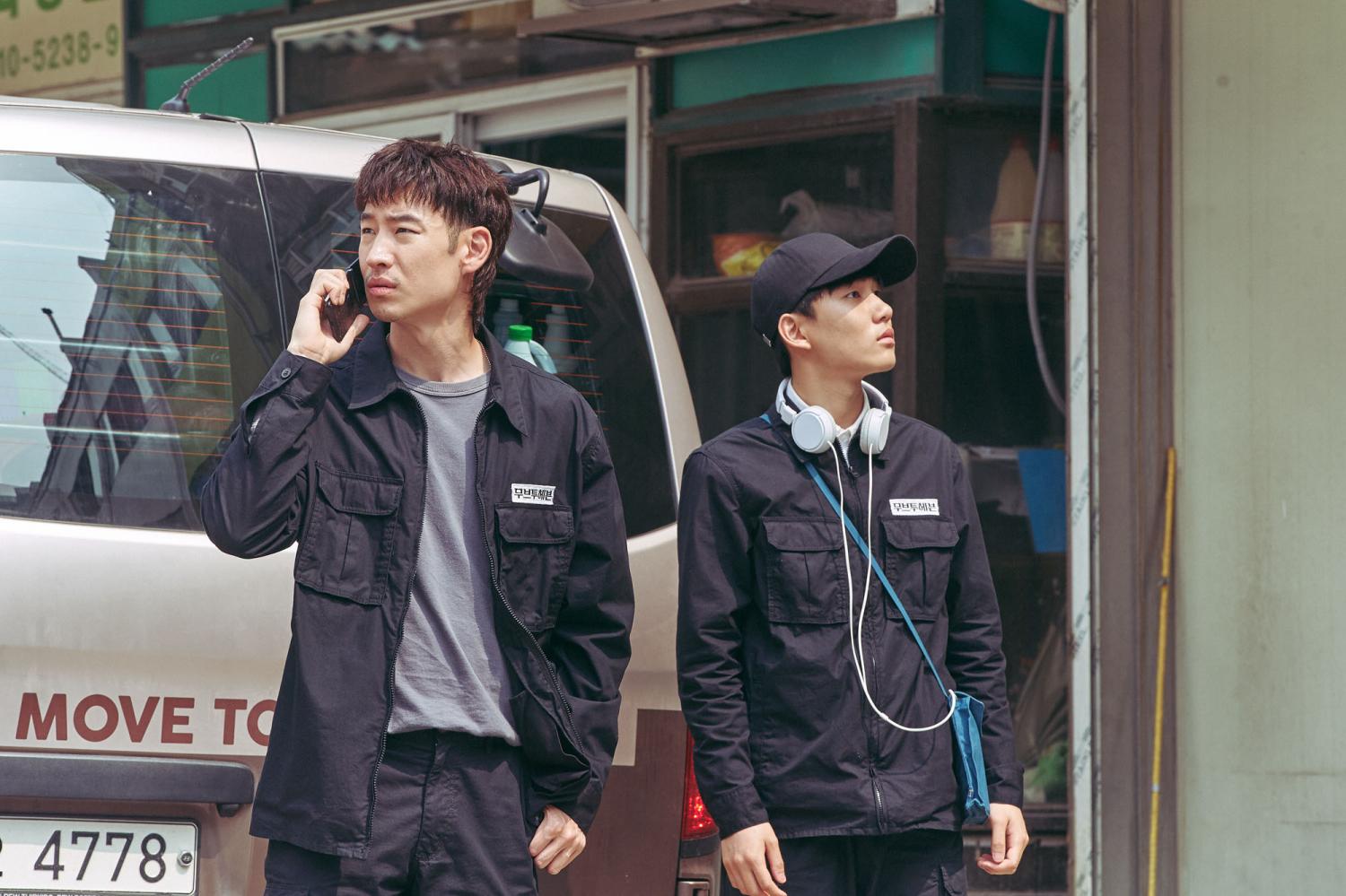 Directed by Kim Sung-ho (How To Steal A Dog), Move To Heaven's story revolves around the routines of a pair of trauma cleaners. 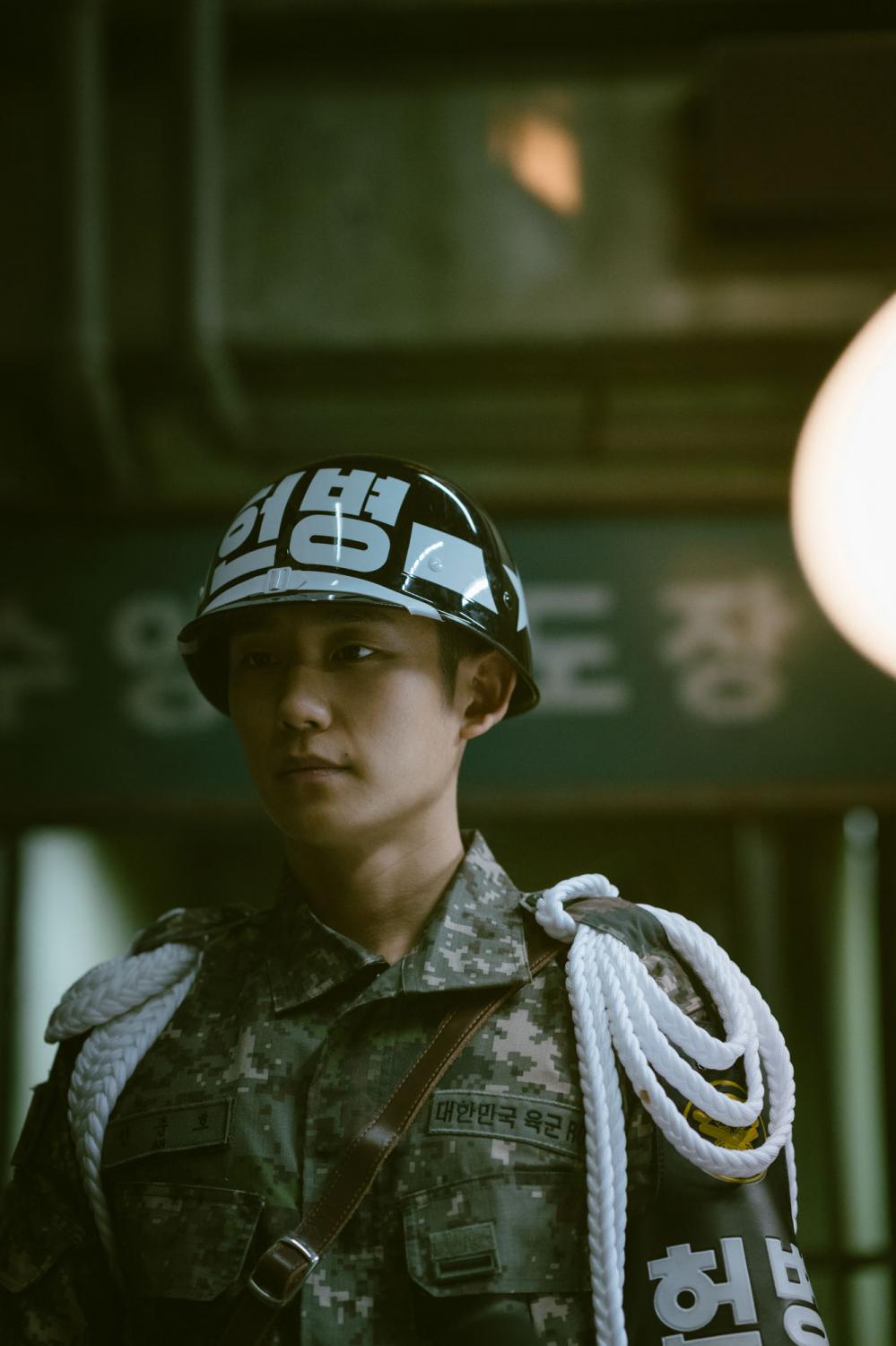 A series by Han Jun-hee, starring Jung Hae-in, Koo Kyo-hwan, Kim Sung-kyun, and Son Seok-koo. It is based on a webtoon by Kim Bo-tong and follows the story of army private Joon-ho who suddenly ends up becoming a member of the "Deserter Pursuit" unit that tracks down military deserters and encounters the realities of confused young soldiers.

Hellbound is a series about a smart, self-assured lawyer who goes against the New Truth Church and its extremist Arrowhead devotees. Directed by Yeon Sang-ho (Train To Busan, Peninsula) and written by Yeon and Choi Gyu-seok, author of the popular webtoon Songgot. 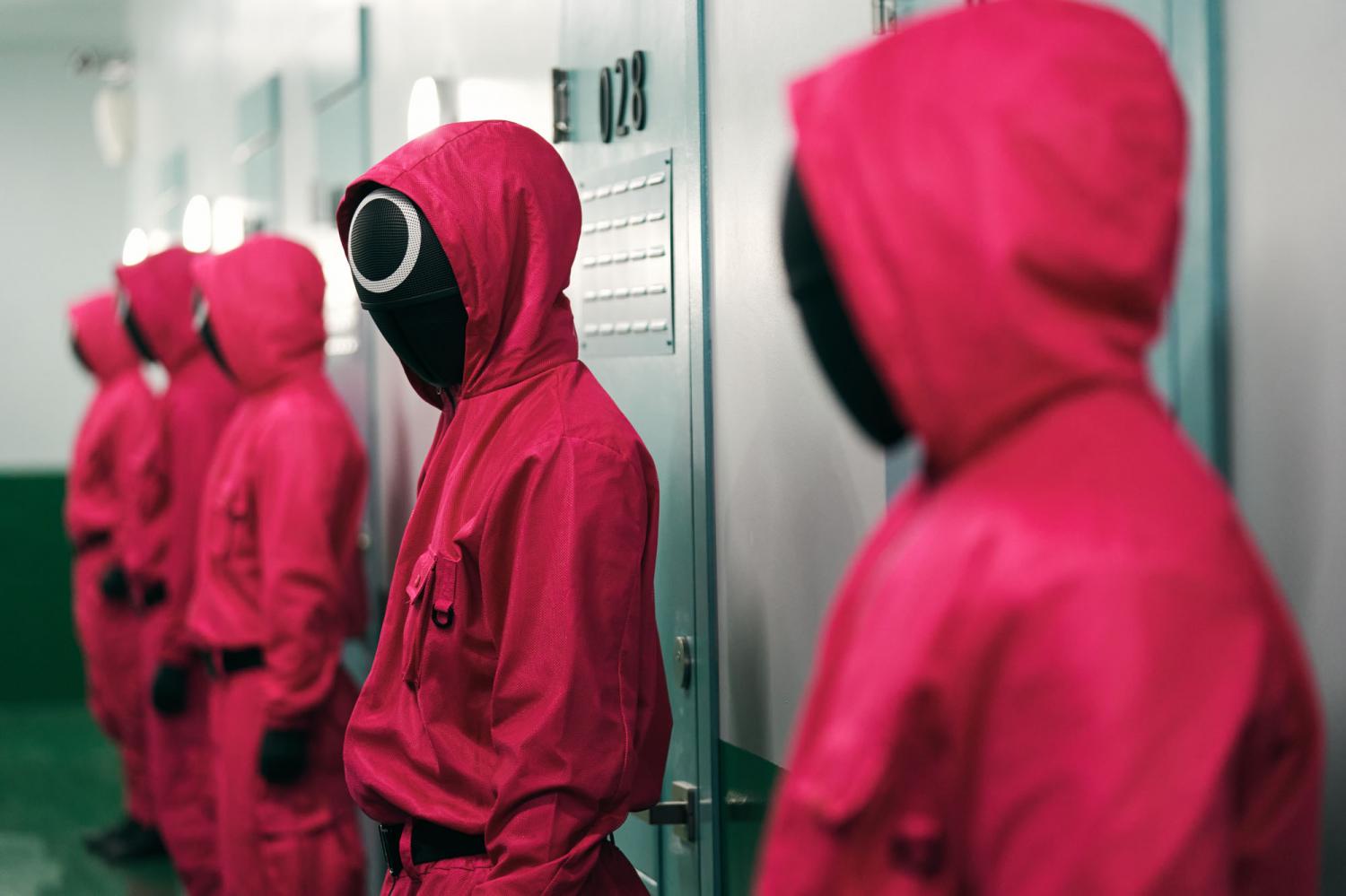 A story of people who decide to become players of a mysterious survival game that has a whopping 40-million-dollar prize at stake. 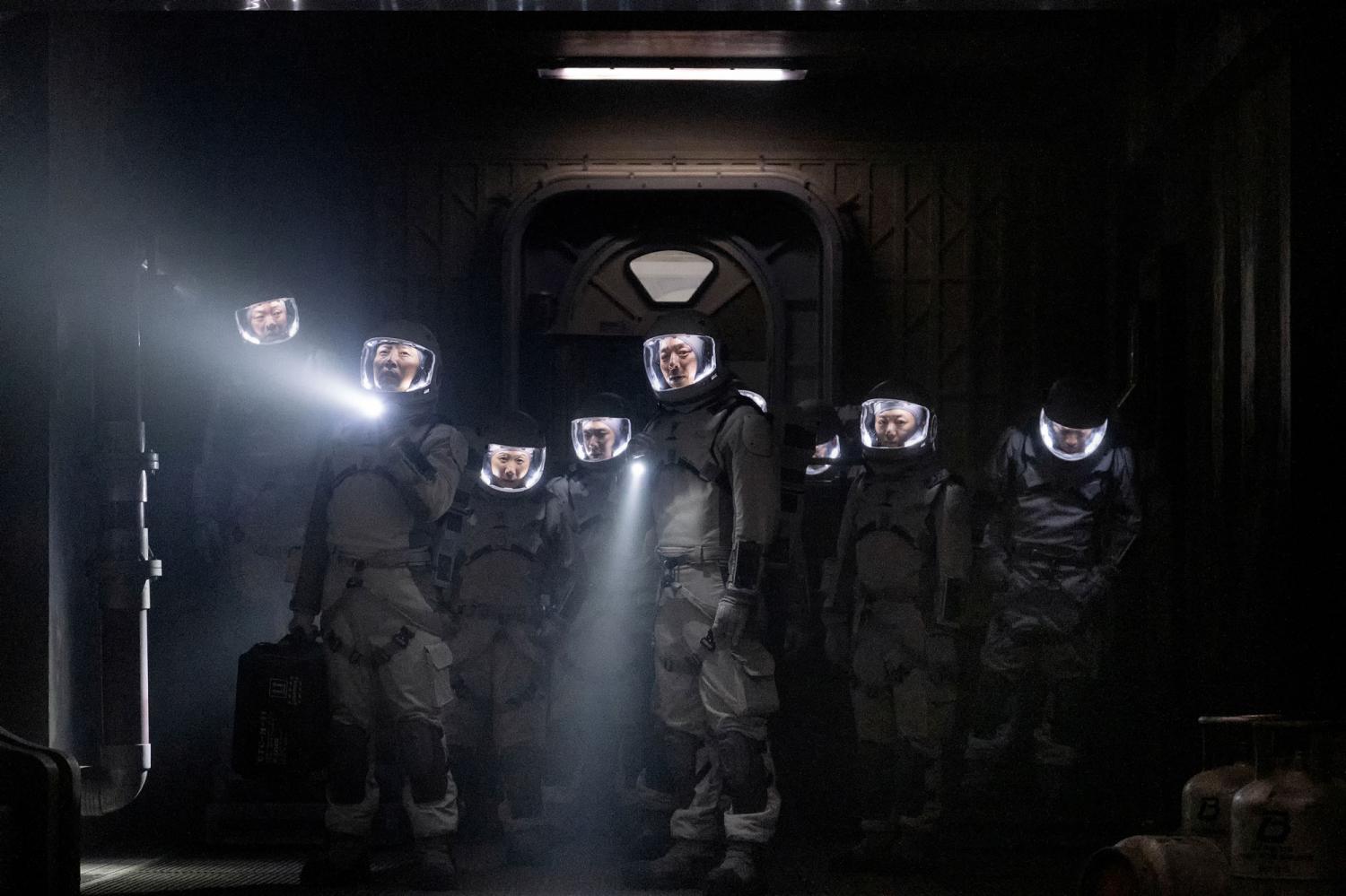 A South Korean sci-fi mystery thriller starring Bae Doona, Gong Yoo and Lee Joon. Set in the future in which Earth has undergone desertification, the series follows members of a special team sent to an abandoned research facility on the moon.

All Of Us Are Dead

It follows a group of students trapped in a high school who find themselves in dire situations as they seek to be rescued from a zombie invasion. The original series stars Yoon Chan-yeong, Park Ji-hu, Cho Yi-hyun, Lomon, and Yoo In-soo. 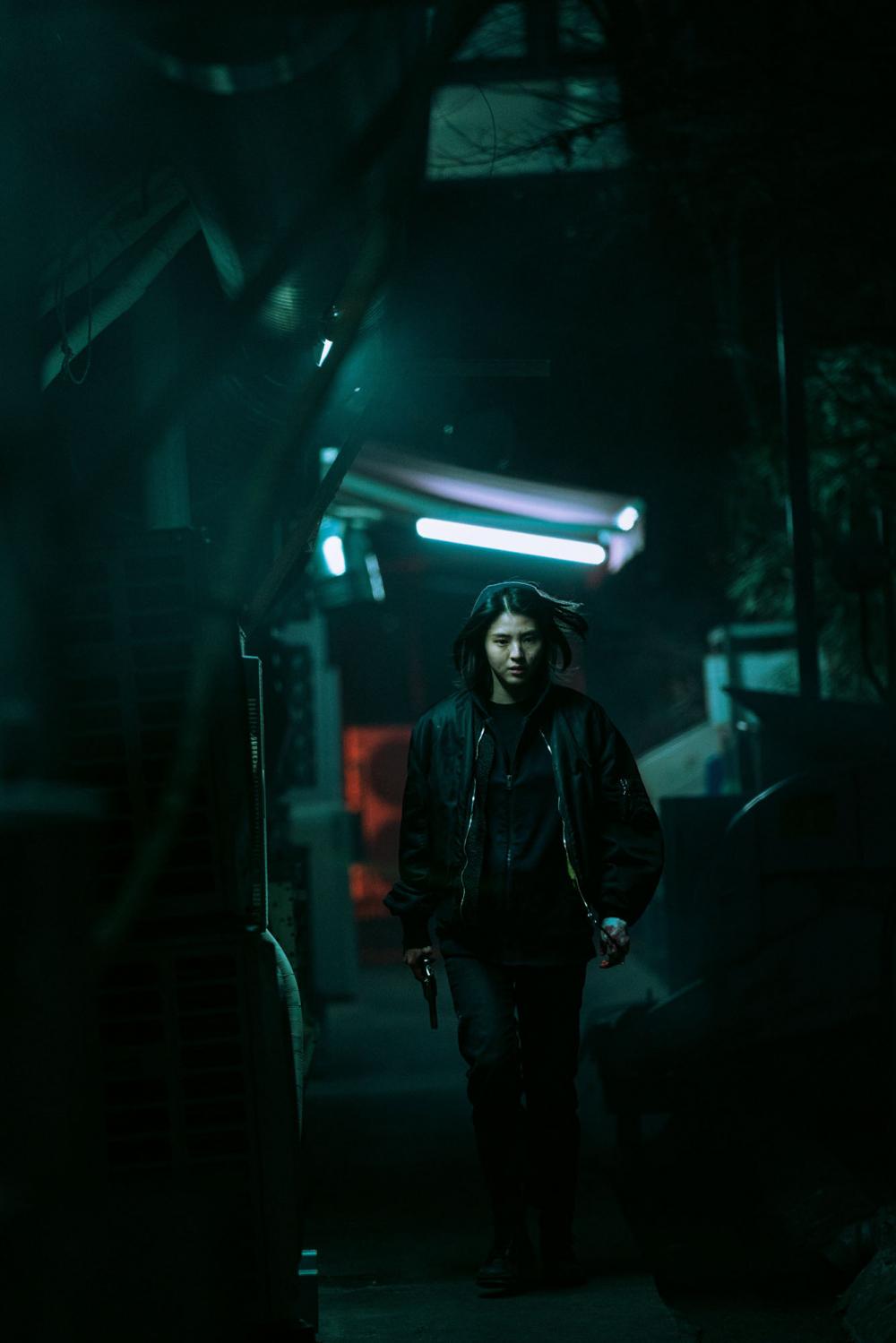 This series follows a mobster's daughter, Ji-u, after she joins a cartel and becomes a mole to seek the truth behind her father's death. The series is directed by Kim Jin-min of the acclaimed series Extracurricular.

So Not Worth It

The sitcom follows the youthful adventures of students with multicultural backgrounds in a college dorm. Created by Kwon Ik-joon and starring Park Se-wan, Shin Hyeon-seung, Choi Young-jae of K-pop group GOT7, Minnie of the K-pop girl group (G)I-DLE, and Han Hyun-min. 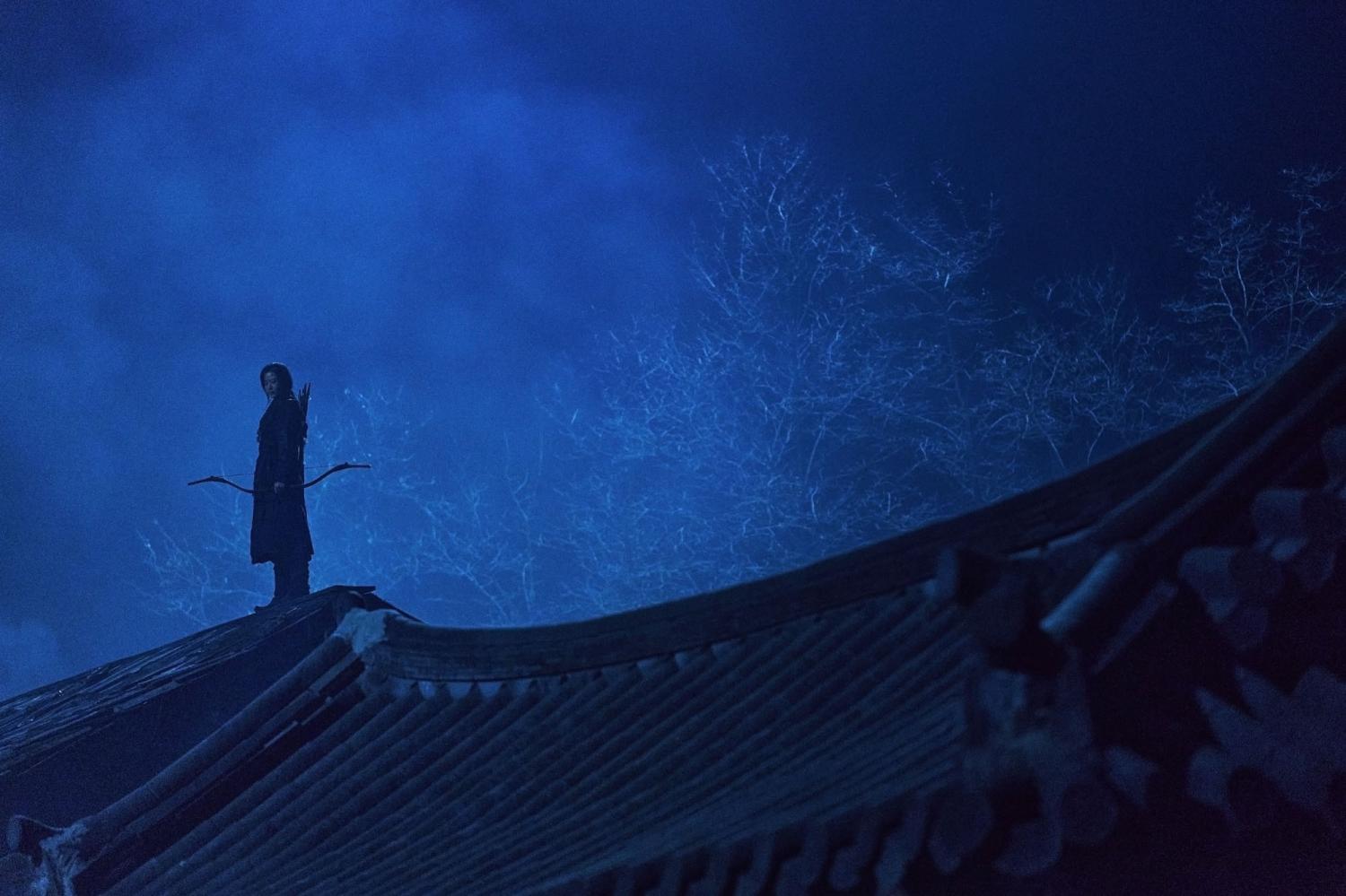 Kingdom: Ashin Of The North. Netfix

Kingdom: Ashin Of The North

This special standalone episode from the Kingdom Universe shares the backstory of the mysterious character Lee Chang's group encountered on their journey north to discover the origins of the infected.

The action-packed film, directed by Jung Byung-gil, follows a man after he wakes up in a motel room with no recollection of who he is except for a voice in his ear that calls him "Carter". As he follows the voice's orders, Carter goes on an exhilarating mission to save a kidnapped girl.