Derivative and cliche-ridden Blood Red Sky makes you wonder: 'Is this guy sitting next to me a vampire?'

July is a satisfying month for horror fans as Netflix released a number of new films from this genre. From the American-made Fear Street trilogy and Italian A Classic Horror Story to the latest spin-off episode of the South Korean hit zombie series Kingdom: Ashin Of The North. As the month comes to a close, the streaming service brought viewers another turbulent action thriller flick from Germany, Blood Red Sky, about a group of terrorists picking the wrong plane to hijack.

Over the years, we have seen a number of thriller and horror movies set on airplanes. Sometimes the villains are serial killers or terrorists, other times it's snakes, or even creatures on the wing. Blood Red Sky gives us vampires.

Blood Red Sky is an adrenaline rush, bloodsoaked, action-packed terror some 30,000 feet above sea level, taking a twisted concept that mixes genre hits like Snakes On A Plane (2006), 30 Days Of Night (2007), Train To Busan (2016) and even Die Hard (1988). While the film has a promising concept and good start, for filmmaker Peter Thorwarth, Blood Red Sky somewhat fails to live up to its core idea with poor execution that lost its steam halfway through.

Blood Red Sky is in emergency mode right from the start with an opening scene of an amateur pilot landing at an RAF air base in Scotland where snipers are at the ready. It's unclear what happened inside, but we are told that most people on the plane are dead. With guns aimed at the mysterious plane, a young boy descends from the cabin in a shocked state, and the rest of the movie shows us what happened to the other passengers in flashback. We learn that the child, Elias (Carl Anton Koch), was travelling across the Atlantic on an overnight flight from Germany to New York with his ill mother Nadja (Peri Baumeister) when it is hijacked by a group of terrorists who violently take control of the plane and threaten the lives of the passengers. Little do the terrorists know that one of the passengers is actually a blood-sucking vampire.

The film plays out like a reverse Snakes On A Plane with the main character possibly being more of a threat than the actual villains. The movie relies on a fair share of cliches, but it features a pair of compelling lead characters that make the story more interesting. 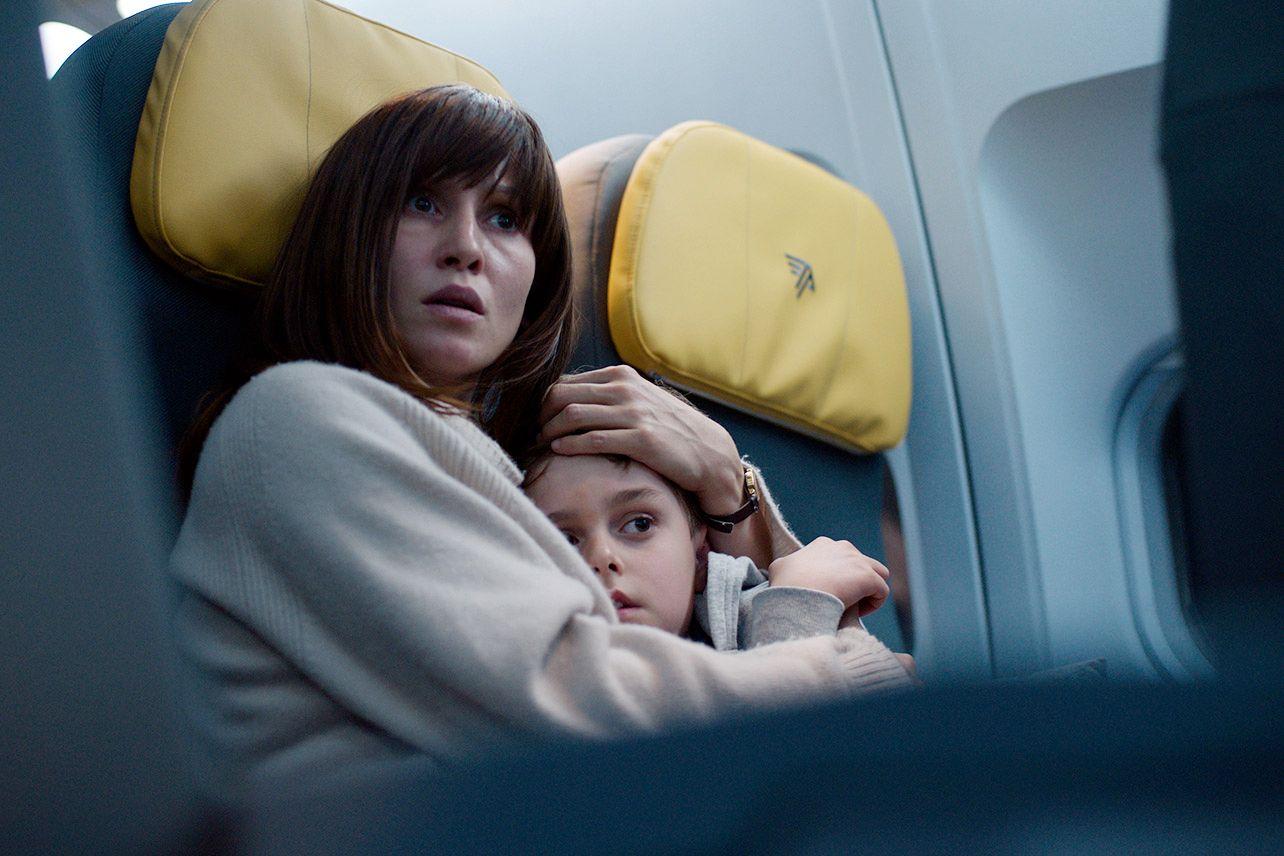 The vampires look really impressive, and the special effects in this movie are well done. There's a tension to the story that builds as passengers board the plane. When the action starts, it's quite violent and gory. I was surprised at how violent the action is. What follows isn't as scary as the film's first half because it shifts direction towards action. You're either going to enjoy watching vampires rip out throats, with guns and explosions, or you're not. It depends on your taste.

The Nadja character proves sympathetic based on the number of elements she has to juggle. Elias was a surprisingly decent character, not the archetypal spoiled child. Apart from the leading roles of mother and son, the villains are interesting. British-Australian actor Dominic Purcell usually plays the hero, but here he does a fine job as the terrorist leader you want to hate, as well as Alexander Scheer as Eightball, the sadistic killer of the group. Despite the great action and performances, I wish this movie would not have opened with its ending. Honestly, there is nothing to spoil. This movie lets you know how it ends in the opening scene, which was a big mistake. The film was already too predictable without showing the audience how it ends.

The movie is too long. At 121 minutes, there are some extended sequences that lose their punch and emotional effectiveness, and all that's left is dull violence.

With a mediocre second half and a film running a little too long, and perhaps some predictability, Blood Red Sky still delivers an action-packed violent thrill ride in a claustrophobic setting that creates an engaging horror story, and is still worth watching to the end.