Seven years ago, only a few people living outside the Philippines would have heard of director Erik Matti or his crime thriller masterpiece On The Job, despite it being a film to likely revive the long dormant action genre in the Philippines. Thanks to the age of streaming services, the film has recently landed on HBO GO, where Thai viewers can watch it for the first time in the form of a six-part miniseries.

Starring Gerald Anderson, Joel Torre, Joey Marquez and Piolo Pascual, the first On The Job movie in 2013 explores the black, white and grey areas of Philippine politics and law enforcement, inspired by a real-life scandal about two law enforcers tasked with investigating a drug-related murder case connected to two prison inmates believed to work as contract killers on behalf of politicians and high-ranking military officials.

Seven years later, Matti decided to expand his film into a franchise with the release of its follow-up second film On The Job: The Missing 8, which puts a spotlight on the real-world predicament concerning fake news. The plot revolves around a corrupt journalist seeking justice for his colleagues, and a convict who is frequently let out of prison to perform assassinations.

The TV series version is a combination of the first film and its sequel together with inserted never-before-seen footage from the original cut. The first two episodes were taken from the original film in 2013 while the final four episodes were recently shown as a film in competition at the 78th Venice Film Festival. As a series, On The Job debuted Asia-wide and exclusively on HBO GO on Sept 19, with a new episode to premiere every subsequent Sunday. Life recently joined in an online group interview with Matti from Florence, Italy.

Scenes from On The Job. (Photos: HBO Asia)

Why did you decide to split the two films into a miniseries?

Matti: I think it was born out of the pandemic. It was really intended to be two movies, but then the pandemic happened and it allowed us to be a little more crazy, where we could possibly show both films together. Because when the story of the first film ends, it connects immediately to the second one. And when the opportunity from HBO came, they wanted to see this in a series, and we kind of embraced it. We weren't like the purist type that would think, 'Oh, well, we do feel that this must be standalone films'. And so, we brought back a lot of deleted scenes, the ones that didn't end up in the first film.

Can you talk about the deleted scenes and new footage you brought into the series, and in what ways will that affect the overall storyline?

Matti: We were able to bring in all the dependencies, explain a little more about the ambition of Francis Coronel, and show a little more of Daniel with his girlfriend. I posted on social media like a month ago when we were completing the whole thing, that somehow this footage had been frozen in time. It's similar to the way the resin would freeze the mosquito in Jurassic Park [laughs].

On The Job director Erik Matti.

How does it feel that On The Job: The Missing 8 is the only Asian entry in the 78th Venice Film Fest?

Matti: Again, because of the pandemic, we have three hours and 20 minutes worth of screentime. When we finished putting it together we were thinking maybe we could start with the film festivals first. As early as January, we had already sent it to Venice for their review. This feeling of these small opportunities that are given to your movie in the midst of a time where there's not much possibility for anything. There's no cinema, there's a distribution platform typical for most of the work. To be accepted in major film festivals this time of year, and you know how many hundreds or thousands of submissions there are. It's great that all these four to five years of hard work have been recognised. And you can just go ahead and show your film to a world audience. 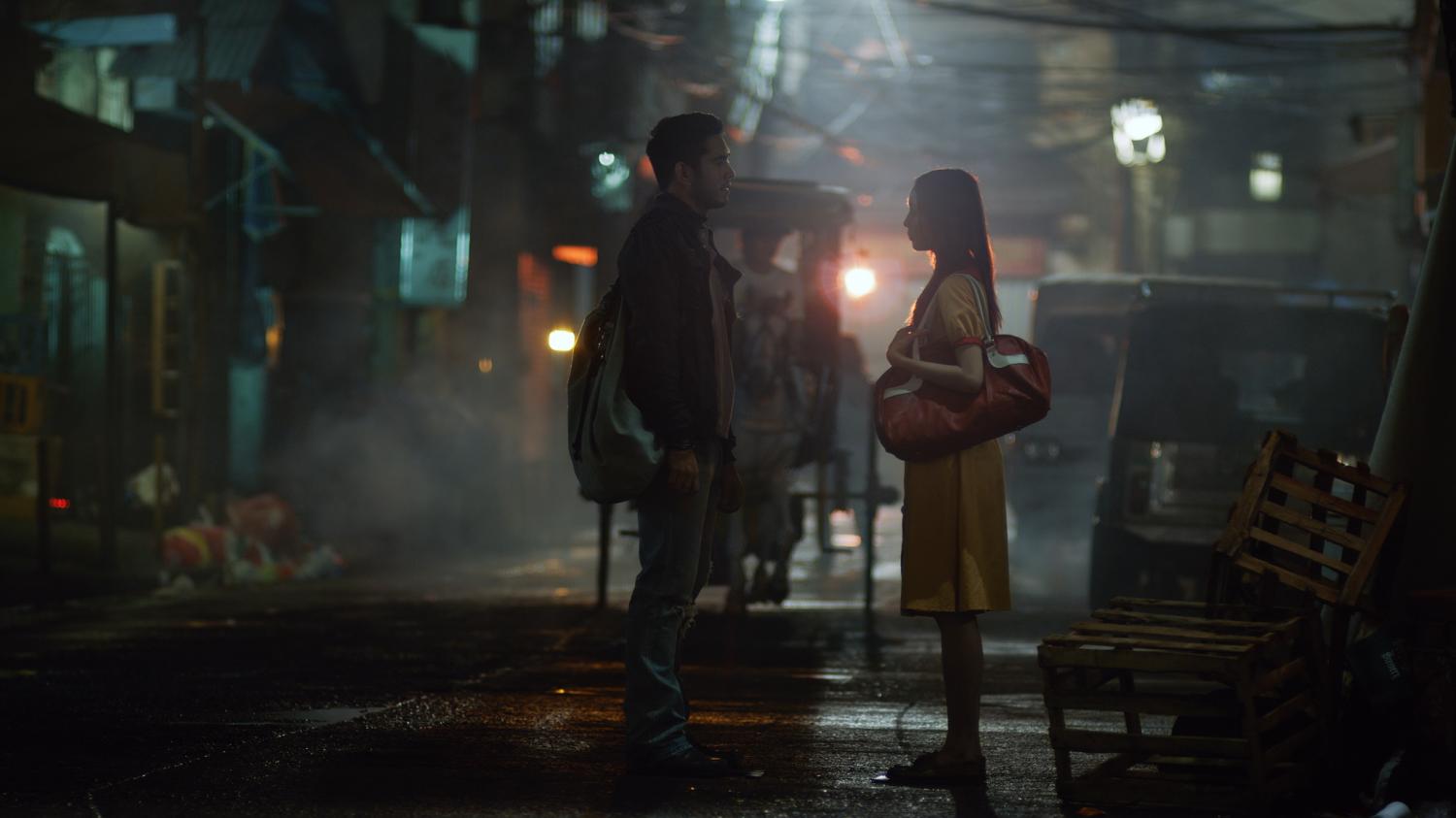 On The Job is also well known for a realistic look at the life and environment behind bars. Could you share with us about the process behind the prison scenes?

John Arcilla as Sisoy Salas in On The Job HBO Asia

Aside from the action and thriller elements, the story in On The Job revolves heavily on politics and corruption within the law enforcement system in the Philippines. Were you worried the audiences at the festival who are not as familiar with what's going on in the Philippines may not be able to resonate with your story?

Matti: Of course, a part of me is kind of scared of the reaction we would receive because it's the first time we're showing it to a huge audience outside the country, and those audiences who are not Filipinos. But in hindsight, Italy's pretty much like the Philippines. Our governments and the political set up are pretty much the same. So I think they should be able to understand how it works just by the notion of politics.

What's your thought on the era of the streaming service, and why did you decide to work with HBO?

Matti: Like I said, I've never really been a purist. Any form where I can explore storytelling and making stories, I'm open to anything. I actually started working with HBO from the past two or three years. I did an episode on a TV show called Food Lore. And those are really short matters, which are around 15 minutes. I really enjoy figuring out how to tell a story properly in just 15 minutes. Any chance for me to just tell my story, whether in a three-hour film or in 15 minutes, I'm open to anything. Yes, we all miss the cinema, but right now something's got to give. We can't have the cinemas right now, and any chance for our works to be viewed by many, whether it's streaming or in the proper cinemas, I think of that as an opportunity.