A stroll through nostalgia and hope
Life
Arts & Entertainment

A stroll through nostalgia and hope

In Hope It's Mostly Sunny In Samyan, Bangkok's streets and sounds serve as the stage for this unorthodox play

After the first Covid lockdown in Thailand in 2020, the first performance that brought Bangkok theatregoers back to the physical space was Fullfat Theatre's Save For Later. At that time, the number of cases in Thailand was at a negligible level, and the idea of physical distancing and other pandemic measures were still a novelty. These inconveniences and constraints inspired and pushed theatre artists to experiment and create. Digital technology had a large presence in live performances back then, even in on-site ones.

Several Covid waves later, we are more determined than ever to restore a sense of normalcy to our lives. While Circle Theatre's fourth and latest production Hope It's Mostly Sunny In Samyan contains many similarities to Fullfat's Save For Later, it reflects a very different phase of the pandemic and our state of mind in relation to it.

In Save For Later, we entered the performance space at the Bangkok Art and Culture Centre one by one, the next audience member far enough behind. Individually, we roamed the stairs and the basement before entering a room, which was partitioned into many spaces to always keep a safe distance between people. We each had to bring a smartphone and a pair of earphones as we were guided by recorded voices in our ears -- voices not heard at the same time by others in the same space.

In Hope It's Mostly Sunny In Samyan, we are asked to take an at-home rapid test before going to the performance, which takes place in the streets, alleys and cafés in the Samyan area. We have to wear face masks, of course, and before we enter any establishment, our hands are sprayed with disinfectant. But we walk and stand around and sit down in cafés watching the performance in groups like normal.

I like the fact of not being in a theatre or an art venue for this performance. We go into a community of sorts, into commercial spaces, spaces that have suffered and managed to survive the economic shutdown. We sit, walk and eat among ourselves (only 17 people per show) and among people who frequent and work in these places. 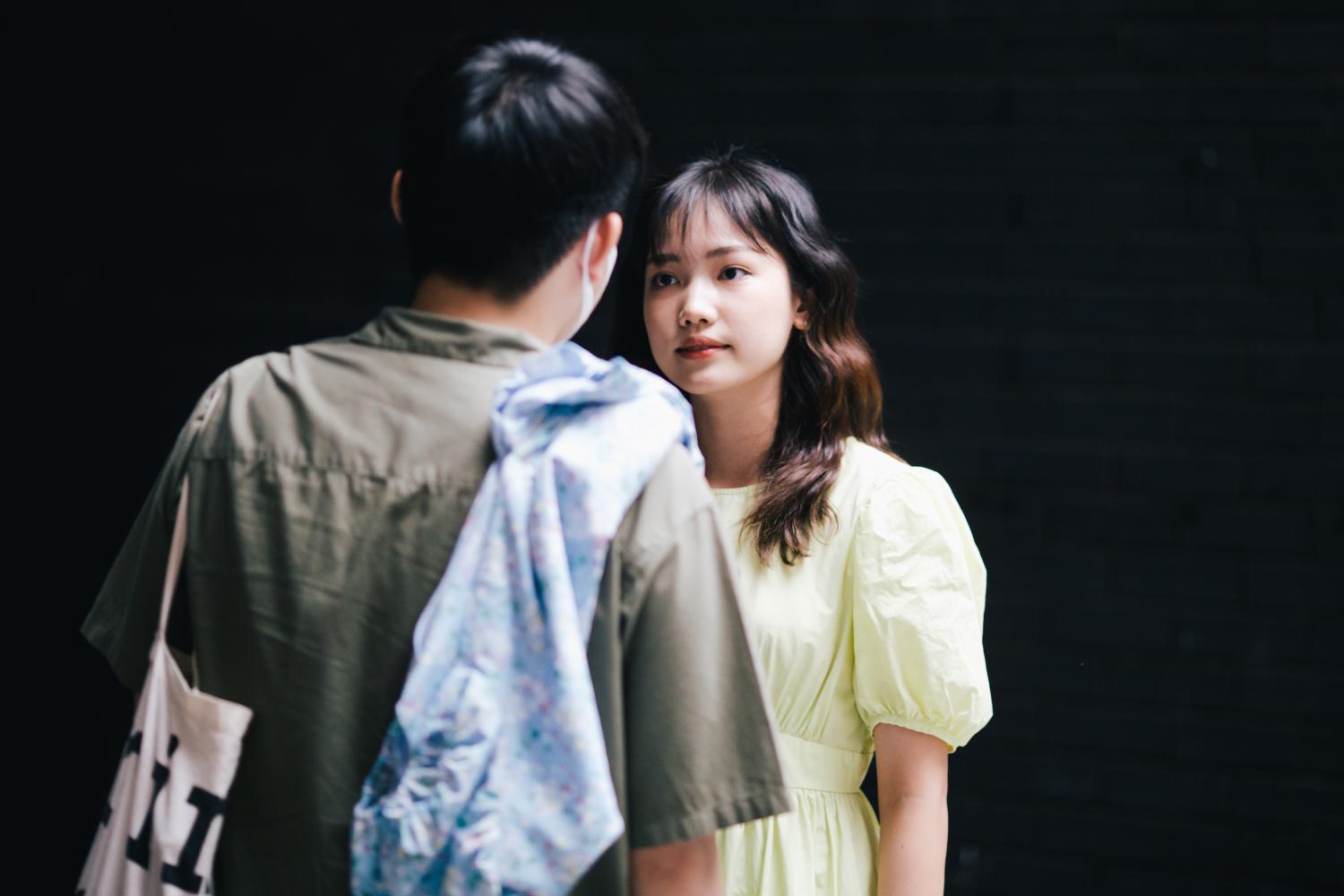 We first gather at a shrine in Dragon Town, a mall built to look like a traditional Chinese neighbourhood. We then walk into Chufang, a Chinese restaurant with a fashionably retro look, where iced tea and dumplings await on tables and counters. Here, we eat and sip the cold drink as the first scene unfolds -- a conversation between a nameless elderly Chinese-Thai man (a wonderful and touching Saifah Tanthana) and a young family friend, Champ (Wisarut Homhuan). Champ shares his shame of losing his bar during the pandemic, while the man he calls uncle expresses hope for his family business, which is striving thanks to his children.

After leaving Chufang, we come upon a young couple, Ken (Monsuntorn Surach) and Prim (Jidapa Phonrojpanya). Their photo session turns into an argument about Prim's dream career in the entertainment industry. We then follow Prim out of Dragon Town and into Sumrub Yai, a café decorated like a traditional Thai home. We grab another iced tea and walk upstairs, where on the tables are traditional Thai desserts with colourful contemporary interpretations. The scene before us is one between Prim and a fortune teller (Sirabhob Attohi), to whom she divulges her anxiety about her career, financial situation and relationship with Ken. 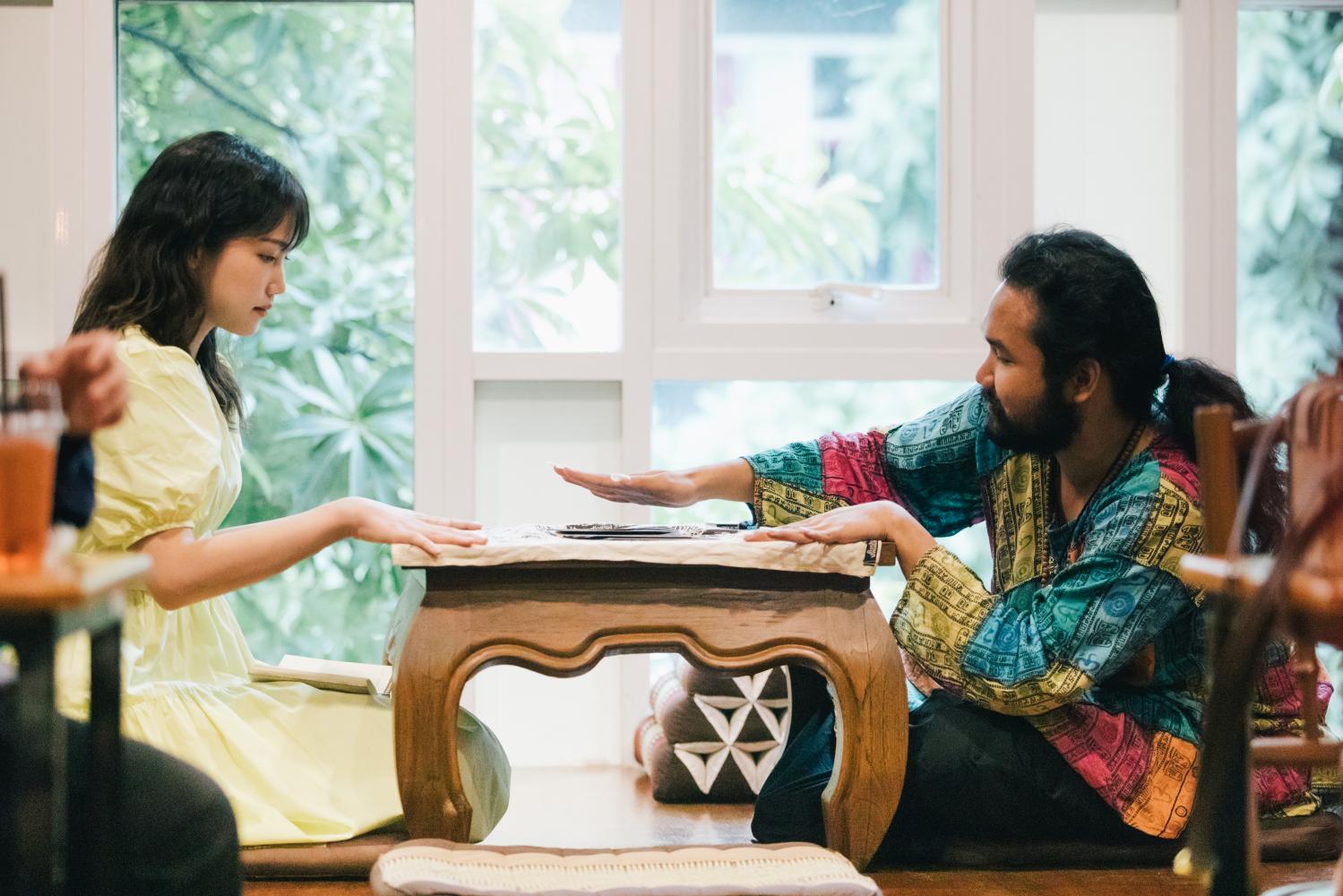 From there, we walk past rows of shops old and new, and we enter Tuay Tung Ice Cream, another retro-chic Chinese-themed café. There, we meet the uncle again, this time with his daughter Cream (Nathanan Phoosakul) and son Ken. We eat ice cream and hear them argue about a renovation project, about the future, about the past and about changes that they welcome or struggle to take in their stride.

We can see in these cafés and buildings in Samyan both the harmony and tension between the old and new, the past and present. There are businesses that have grown old. And there are new businesses made to look old. Like many urban neighbourhoods, buildings, businesses and communities are removed, displaced and eventually replaced. Playwright Nuttamon Pramsumran's script nicely, though almost too benignly, translates the area's personality and visual reality into the relationships between her characters. Tradition and modernity coexist -- sometimes comfortably, sometimes awkwardly, sometimes humorously -- in all her characters.

What works best about the show, directed by Paspawisa Jewpattanagul, is the ordinariness and realism of its scenes. These are not larger-than-life characters going through grand and complicated situations. Their struggles and concerns feel mundane, which make them sympathetic and relatable. After all, the play is not centred on a particular crisis, but is instead designed to give glimpses into a day in the lives of people living through a global health and economic crisis. Their discussions and arguments sound like ordinary conversations between families and friends that you would overhear on the streets and in restaurants -- the kind that's superficial and restrained enough for public spaces and strangers' ears.

The play is less successful when it asks us to take out our phone to scan QR codes placed in various places along the route of the show. These codes bring us to audio files that tell us the history of the area. Whereas in Save For Later, the audio recordings effectively cocooned, situated and transported, the same device in Hope It's Mostly Sunny not only feels gimmicky and unnecessary, it also dislocates and disorients. 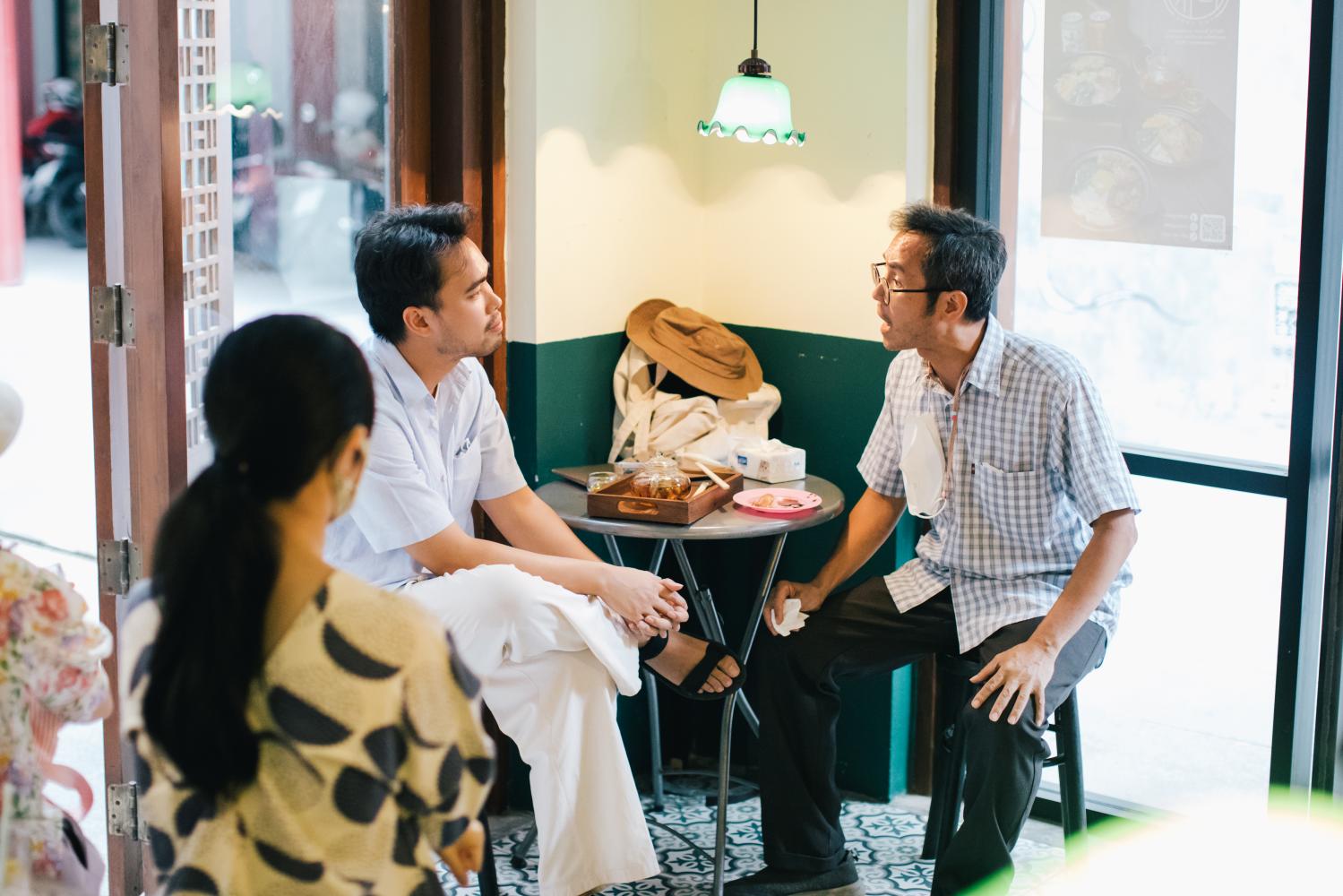 In a way, it's like listening to a museum's audio guide, except this guide doesn't direct us towards anything specific in our surroundings or encourage us to look any closer. The entire process from scanning to listening distracts us from the physical environment and turns our attention towards the phone.

Here, technology doesn't connect us to others or our surroundings. It doesn't create a sense of intimacy for the work. It detaches us from the communal experience of a live performance and isolates us.

Hope It's Mostly Sunny In Samyan continues every Saturday and Sunday until May 1 at 2pm. Tickets are 555 baht (food and drinks included). Contact facebook.com/circletheatrebkk. The play is in Thai.