What were you doing at 25? The quarter-life edition of the Singapore Writers Festival has opened up an opportunity for artists to reflect on their creative life. When the question came up in our conversation, two of them laughed (I am still 25!). In those days, Oniatta Effendi taught drama, while Chow Teck Seng taught Chinese literature. It was not until recently they quit.

"I left [in 2019] because I have other things to enrich my life. If you don't grab the moment, you might lose it. I don't want to live a life of regrets. When you are trapped in a system that has certain expectations you know are difficult to meet, you fall behind, your wings get clipped, and you become scared to step out because you are comfortable with essentials in life, like salary," said Effendi.

After 21 years of working in education, she made a switch to being a cultural entrepreneur reinventing the batik tradition. She founded Galeri Tokokita, a boutique that sells her own clothing line or Baju. However, she continues to teach drama to students in vulnerable communities, including youths in rehabilitation programmes and welfare homes.

So does Teck Seng. "Similarly, there are many things like working with galleries, writing, and getting some books published. There is a time you think you have done enough for this phase of life and you need to move on. It will be easy if you do the same thing because you are used to it and know the trick. A few months ago, I decided to go out," he said. 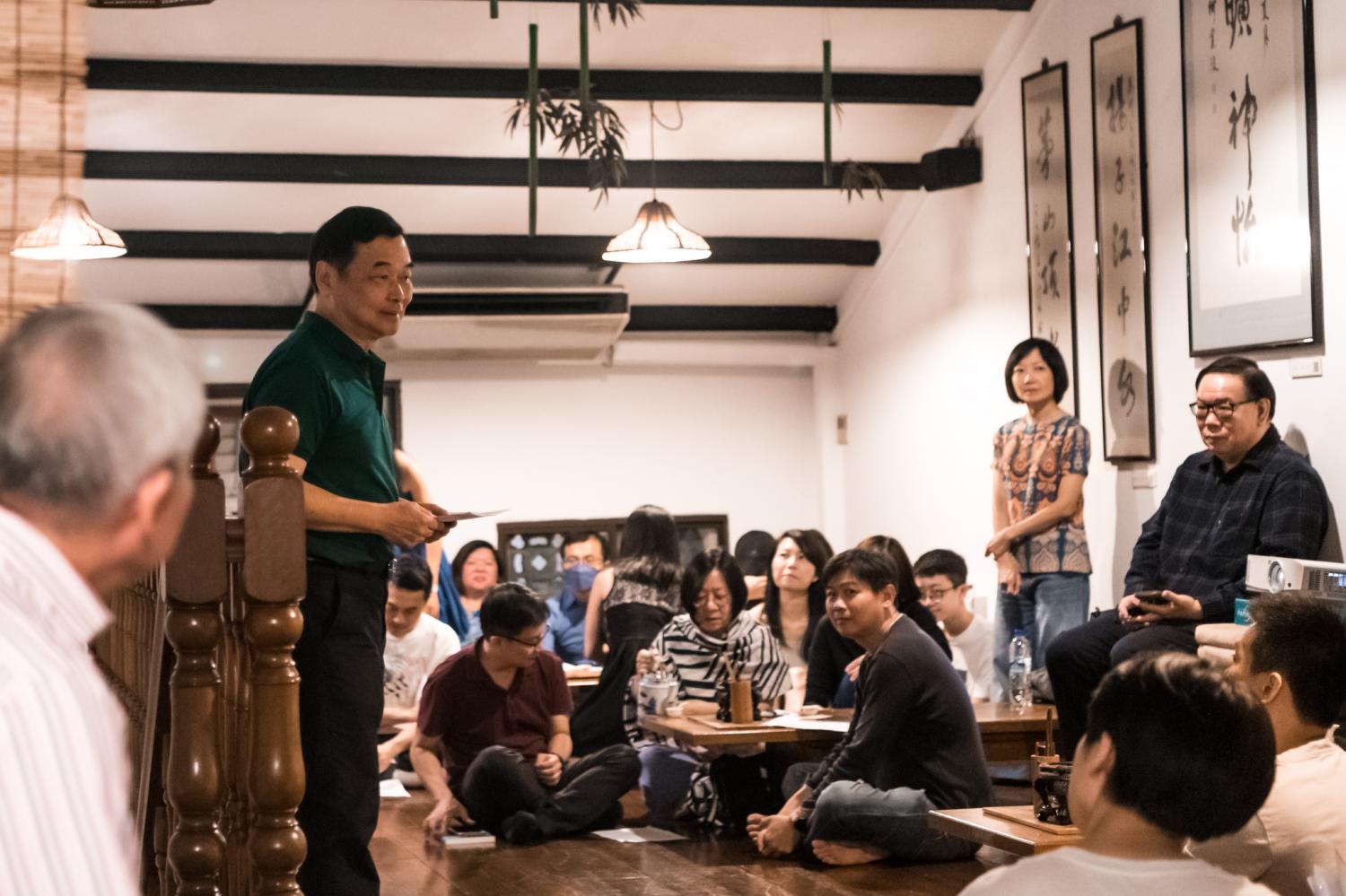 Festival poets read their works in the programme titled 'A Night Of Poetry At Tea Chapter'. Photos courtesy of The Arts House Limited

He is a Chinese-language writer who has received many laurels, including the Singapore Literature Prize and the Singapore Golden Point Award. Some of his poems have been translated into different languages and adapted into microcinemas, songs, and paintings. His recent publication is a collection of his poems titled The Diminishing Daylight Makes The Night Fall Into Silence.

Both are giving talks at the multilingual literary festival. Effendi joined several programmes, including a hilarious opening debate over whether the remake is better than the original and the panel on the legacy of Kuo Pao Kun, the pioneer of Singapore theatre. Meanwhile, Teck Seng read his poems at a tea house and will join a panel session on the school of Kural, the classic book of Tamil wisdom poetry.

But it is not easy being an artist. While pursuing dreams, many also find ways to make ends meet. But Effendi said the literary festival can provide space for creative practitioners and public members to engage. It is growing into a mainstream event where young audiences are coming in and considering the possibility of an artistic career.

"My daughter, 16, decided that she will take literature and linguistics next year. It heartens me because [she attended] the debate that night. I feel there is some impact on them," she said.

Besides, the literary festival can open up new possibilities. Teck Seng said writers of different languages in Singapore hope to grow their audience beyond the country and the region.

Moreover, he envisioned a future where literature can fuse with other new media, like virtual reality and games. In fact, he is writing with artificial intelligence. 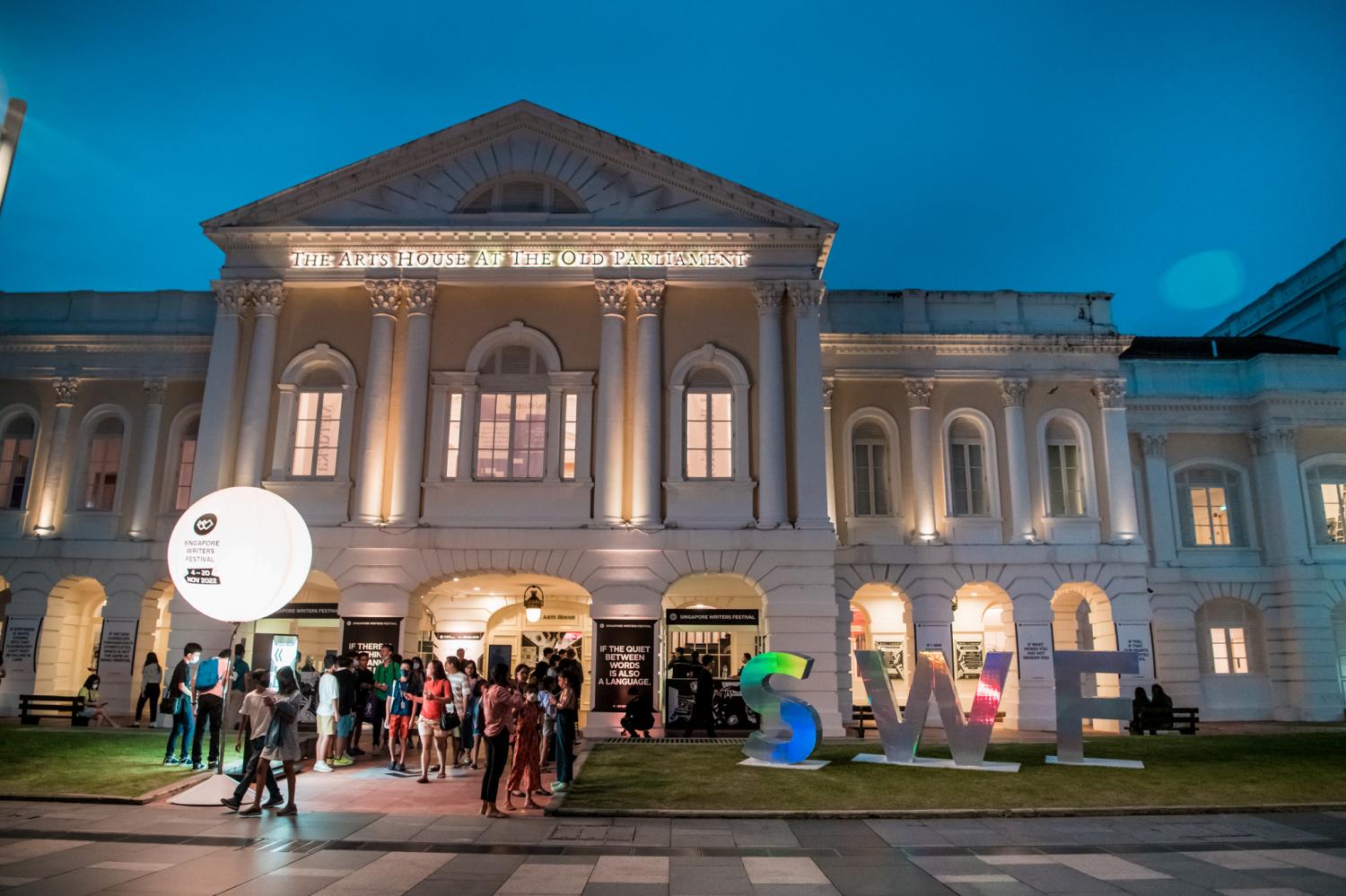 "Most of my poet friends do not believe robots can replace humans. But at certain phases, I guess they can work together," he said.

But Effendi remains cautious. She said the human spirit is irreplaceable because artistic expression comes from a place that robots do not have -- the soul. While there are soulless artists, art should remain as it is. If someone wants to make it, he or she must find their soul. That is why there are different forms of art. However, social media is taking away the human spirit.

"What have we become if we can't engage in what is real? I think writing is an experience that is real. Human relationships are real. Machines may help facilitate motion because we don't need to use pen and paper anymore, but you can't take the actual work of creation and give it to machines. Then what is your role?" she said.

Teck Seng said writing was once an intimidating technology. When it began in different civilisations, the new form of expression provoked fear that it would replace oral tradition. But over time, they have merged. It remains to be seen whether it will happen to humans and robots.

"I don't know how literary art will evolve with new media, but I don't think subjectivity will die," he said.