Makers: The New Industrial Revolution, the third book by writer Chris Anderson, comes at a perfect time _ again. The writer has been known for writing the right book at the right time, almost exactly when the events he mentions are moving towards the spotlight. 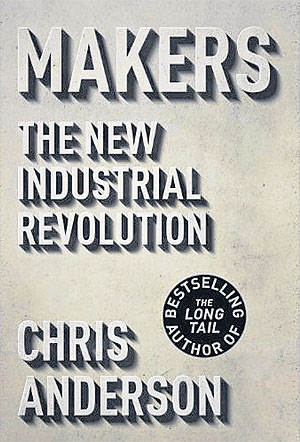 Makers: The New Industrial Revolution by Chris Anderson Crown Business, 2012 US$26, US$12.99 for Kindle edition 272 pages

In 2006, he wrote The Long Tail, his famous first book about the future of "bits" industry _ websites and social media. In year 2009, his second book Free: The Future Of A Radical Price warned the media industry about the impact of the internet and downloading on the price of business. Then we witnessed newspapers closing down, while music labels needed to revise their marketing tactics to find revenue from concerts and selling premium content, just as Anderson recommended.

His third book is launched amid the rise of the 3D printer _ machines that produce three-dimensional solid objects from digital models. A hobby plane was printed with a 3D printer, while big companies like Boeing have researched whether they can use the machine to print parts of an actual plane. Recently, a gunsmith used a 3D printer to build a plastic gun that fires shots. A few months ago, US President Barack Obama even approved finance to the state of Ohio to set up an institute on 3D printing technology for helping the steel industry, in a bid to lure industry back from China and overseas to the US.

In this book, Anderson proposes a big message: The next industrial revolution is in the making and it is happening not in laboratories or companies' research and development departments, but inside ordinary people's homes.

The book directs its spotlight at a new class of creators _ those do-it-yourself innovators and hobbyists, or "makers".

What's important is that these makers are getting new tools, really powerful ones such as 3D printers, 3D scanners, CAD industrial software design and laser cutting tools. Such high-calibre equipment is a big departure from typical screwdrivers, saws, grinders and glue guns. The new machines enable hobbyists to produce real objects from digital blueprints, something that once only companies could afford to do.

For Anderson, it is a huge leap forward as it is first time in history individuals have access to software and tools to design and create prototypes.

Indeed, 3D printers have existed for three decades. But now the technology is affordable for home use _ about US$500 (15,000 baht) for a basic model. Now it is possible for anyone to print their own physical objects, from plastic cups, toys, ornaments or even furniture.

The crucial point is that these inventors are making use of online and hook-up factories to produce their inventions. Websites _ including www.alibaba.com in China _ have offered the service to match customers with factories that are ready to produce small batches of orders, and do custom-made products. Anyone with a digital blueprint and 3D printer to create a prototype can find factories through the internet. 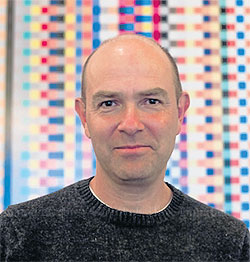 So, while in the past you needed to be rich, or a freakish inventor like Thomas Edison or Henry Ford, technology has lowered the entry barrier.

Not everyone will be happy. Big companies will find competition from small inventors, much as Sony did with Pebbles, a DIY company of four college kids that launched a line of smart wristwatches before Sony did.

Anderson also predicts the "makers movement" will shift the trend from low-labour costs to high innovation. Factories will stay near the market and more products will be created by small inventors, the manufacturing scale will be smaller yet with more variety.

That trend may give way to something even bigger called "reverse globalisation" that helps return manufacturing to Western countries. There will be "cottage industries" near the markets, not near cheap-labour resources. The golden days of cheap labour in the East is soon to become a thing of the past. The 20th century was about cheap _ the 21st century is about innovation and the West is likely to win.

Digital gadgets and reverse globalisation can be yawn-inducing subjects. Yet Anderson, former editor-in-chief of Wired magazine, knows exactly how to write this book and make it interesting and accessible. He's also one of those makers. Last December, Anderson quit his high-profile publishing career to become a full time entrepreneur. Five years ago, he started up his own business called 3D Robotics, selling personal drones and hobby robots. Anderson has two decades of experience as a journalist, and a fine one he is, for he knows how to tell a story and hold readers' attention.

This is a book about technology and economic trends loaded with human faces, mostly of those of innovators. Readers may not comprehend some jargon or terms used in the tech circle. But the book offers another side of these makers' personalities; they are fighters with entrepreneurial spirit. They challenge their own limitations and big companies by using tools like 3D printers, laser cutting and online software.

For those looking for economic analysis, this book is very interesting because luckily Anderson is neither a China basher or a nationalist. A former Asia business editor of The Economist and having been based in Hong Kong, Anderson looks at factory hubs as players in the world economic system. He is a quintessential capitalist. He clearly goes against monopoly and trade protectionism. (He shares his product ideas and even says Chinese cloners who copy his robot models are helping developing products too!) Essentially, this is a book written by a capitalist, technology advocate who is happy to see small companies and small people compete with big business.

Among countries of cheap labour, Anderson projected that China will survive the reverse globalisation trend because it is the only country that "can be able to be cheap and competitive at the same time, while other countries can not".

Anderson has said time and again that books, and especially this one, are about individual empowerment and democratising technology. The "makers movement" will advocate open source and shared ideas despite going against the concept of patent rights. Online communities will be driving forces for collaboration. Online spaces will be where experts from different part of the world help develop products and share ideas.

The financing model will change too. New breeds of inventors find investment source in crowd-funding by posing projects online and inviting interested investors to fund directly, or using a per-order model which asks customers to pay in advance so they can pay manufacturers.

The book has some drawbacks. Despite being highly readable and snappily written, it does seem redundant at times. And it is obvious that the author is a strong advocate of the movement so there is little room for opposing views. The lack of challenging perspectives makes it flat _ 1D instead of 3D.

Readers may come up with more questions. What is the future of creativity and patent law when people freely share and copy ideas? Is reverse globalisation a response to the rising employment problem when the makers movement advocates automation or robots to replace human workforce? Can shared ideas lead to more innovation for very expensive products? Such questions need time to prove and this book does not have all answers.

In the case of his second book, Free: The Future Of A Radical Price, his prediction was partially right. Digital content has become cheaper, however he was wrong in saying most of the companies that give content away for free will survive. It is true as Anderson predicted that media companies would have to give free content as marketing tactics but there are companies like The Wall Street Journal or Apple that are adamant about charging consumers for their intellectual property. The New York Times finally erected a paywall, and The Washington Post soon followed. These companies want their information to stay expensive and exclusive.

Yet Anderson is clear and firm in what he is trying to tell us about the future. His larger message is that the world and ordinary people will have more alternatives and more freedom when technology is democratised.

Good books are like good movies and good works of art, they can challenge readers to think, doubt, disagree or even dream. Makers: The New Industrial Revolution is that type of book. Readers will have a lot of questions to ponder after finishing it. Some may disagree but many may start learning CAD industrial design software or buying 3D printers right away.