Singer Carly Rae Jepsen is crowdsourcing lyrics for her song "Take A Picture," in a promotion that will see the single performed for the first time at the "American Idol" final in May. 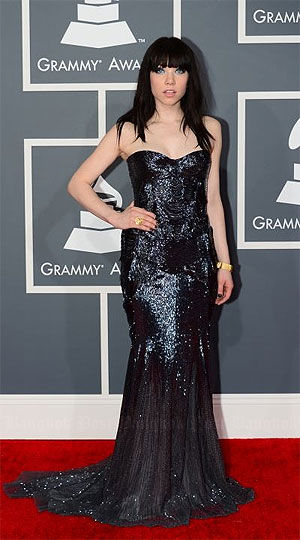 Participants won't get the chance to start with a totally blank piece of paper but they will be able to vote to select a line for the upcoming single every week, for the next eight weeks, from a choice of three competing lyrical phrases. One lucky winner will also get to go to the "American Idol" grand finale in May to watch its first performance.

Called Perfect Harmony, the promotion is a partnership between American Idol and Coca-Cola and one that plugs deeply into social media. Participants are encouraged to participate via their Facebook log-ins and a number of other prizes, yet to be revealed, are also up for grabs. Participate at perfectharmony.americanidol.com.

The promotion highlights the growing social aspect of TV viewing and the growing importance of catering to the "second screen." The latest research from Nielsen and Motorola in the US and from Ofcom, the TV licensing agency in the UK, underlines the growing use of tablets and smartphones to supplement and enhance the traditional TV viewing experience -- in the UK alone, 40 percent of all tweets sent between 6:30pm and 10pm are about TV shows.

This week also saw Warner Brothers release the first official teaser trailer for the upcoming film "Wolverine" on micro video site Vine. As a result, the trailer runs a miniscule six seconds and is very short on detail -- upon seeing it, Gizmondo's Gary Cutlack said: "There's a... you see a... some people... he... it's no good. Vine trailers are rubbish, especially when the six-second time limit results in the new trailer for The Wolverine being little more than 15 virtually still images mashed together. At least you can tell Hugh Jackman's in it again. And he's still got those knife things taped to his hands."

But in doing so he's missing the point. It's much quicker and easier to retweet the Vine trailer to any internet connected device than it is to send out embedded links to a full HD trailer site. Bandwidth or graphics cards are not an issue. All that matters is that as many people as possible know that the Wolverine is on his way and yes, he's still being portrayed by Hugh Jackman.