Buble's up to his old, Charming tricks
Life
Arts & Entertainment

Buble's up to his old, Charming tricks

The Canadian King of Swing's eighth studio album is everything his die-hard fans would hope for: plenty of covers of beloved classics, a couple of radio-friendly new tunes and duets thrown in for good measure 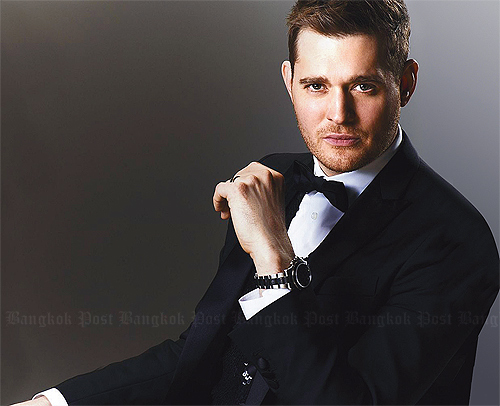 MICHAEL BUBLE/ TO BE LOVED

Canadian jazz crooner Michael Buble's career is built largely on his smiley charisma, Sinatra-esque singing style and charming personality. This combination has earned Buble prestigious awards and accolades including Grammy and Juno (Canada's Grammys) throughout the decade and a half he's spent in the music business.

His breakthrough moment came with his 2005 fourth studio album, It's Time, which featured covers of classics such as Feeling Good, Save the Last Dance for Me, Song for You and Home, one of the few original songs on the album. Later in the year, Buble embarked on tour for the album, which also included Bangkok (this proved just how popular he's become here).

His next three albums, Call Me Irresponsible, Crazy Love and Christmas, strictly adheres to the formula of rehashing the old with an addition of a few new tracks to keep them from being full-blown cover albums. Now with his eighth outing, he is not in any hurry to change his ways. To Be Loved features 10 cover versions and four original tracks.

Penned by Buble himself, the album's chirpy lead single, It's a Beautiful Day, leans towards to the poppier side of things as he turns a breakup around on its head, singing alongside brass stabs: "It's a beautiful day and I can't stop myself from smiling/ If we're drinking, then I'm buying And even if it started raining You won't hear this boy complaining/ 'Cause I'm glad that you're the one that got away." One of the brightest moments on the record is also a Buble original _ a ballad called Close Your Eyes.

Then, of course, there are big band treatments of classics such as Mack Gordon and Josef Myrow's You Make Me Feel So Young, the Bee Gees' To Love Somebody, Smokey Robinson's Who's Lovin' You?, Randy Newman's You've Got a Friend In Me and Have I Told You Lately That I Love You?, which features a cappella group Naturally 7. As his previous albums have shown, the 37-year-old singer has an enviable knack for making all these oldies into his own.

The album is not without a dull moment or two, though. The duet with Hollywood megastar Reese Witherspoon (Frank and Nancy Sinatra's Something Stupid) falls flat, and doesn't even compare to the version done by Robbie Williams and Nicole Kidman. The Bryan Adams duet After All fares slightly better. The two Canucks sound good together, making this pop-rock jam a potential radio hit.

To Be Loved is a typical Michael Buble record in which he aims to channel the retro stylings of Frank Sinatra with his spin on a variety of classics. Frankly, we don't think he's going to come up with anything that sounds too radical and why should he? He's got a solid fan base that will swoon as long as he charms them with his likable baritone while performing in suit and tie.

It's not very often that a local artist takes a stab at chillwave, so when we hear the song Air Shower by Comet Records electro duo Morg, it feels just like a breath of fresh air. Made up of Pruet Chesadaphun and Panlop Maneekunti, the twosome serve up some serious dreamy nostalgia by way of woozy synths and spacey samples. While it may not have any infectious hook or obvious sing-along quality, this instrumental track guarantees to take you on a journey like no other _ that is if you're prepared to open your mind and listen. 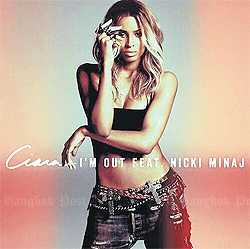 Even though the track technically belongs to R&B songstress Ciara, guest rapper Nicki Minaj completely steals the spotlight and refuses to give it back. Taken from Ciaras upcoming fifth album, I'm Out sees two queens celebrating the joys of being an independent woman over a slick, addictive beat. "Ms On your mark, set, go, yeah I'm runnin' this show/Ms Back at it once again/Lights, camera, action." Nicki is on her usual top form here, delivering the kind of ballsy bravado that would give male rappers twice her size a run for their money.

British songwriter/producer Shahid Khan, aka Naughty Boy, teams up with vocalist-du-jour Sam Smith (you may remember him from Disclosure's excellent single Latch) on his second single La La La taken from the former's upcoming debut album, Hotel Cabana. "Yes our love is running out of time/I won't count the hours, rather be a coward/When our words collide," Smith croons, reminding us just how talented he is. Kudos to Smith for yet again delivering one of this year's most memorable earworms, and proves that a decent dance tune doesn't have to pack in heady bass and arena-sized synths. 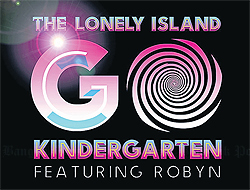 We have no shame in admitting that were an avid fan of comedy rap collective the Lonely Island. Their upcoming third record, The Wack Album, got us pretty excited with cameos from Justin Timberlake, Solange, Lady Gaga, Kristen Wiig and, of all people, Hugh Jackman. Their latest offering, Go Kindergarten, features a guest spot from Swedish pop royalty Robyn and some of the most inane lyrics you'll hear this year ("Whip your f***in' dick out/Now punch your friend, punch, punch your friend/Get on the f***in' floor and punch your best friend."

Jessie J is back to doing what she does best _ delivering impressive lady swag coupled with diva sophistication. On her comeback single, Wild, Jessie recruits Dizzee Rascal and Big Sean to assist her with the rap verses (although, frankly, she doesn't really need anyone's help). "If this is a dream, won't open my eyes, am I asleep? No, I'm alive/I just can't believe that this is my life/In my fantasy, we're running wild," she sings as the beat builds into near electronic dance music rapture but holds back and dissolves into a deep bass rumble. You're such a tease, Jess.