Ten movies portraying HIV infection and discrimination issues from around the world will be screened during the Icaap 11 Film Festival next week. 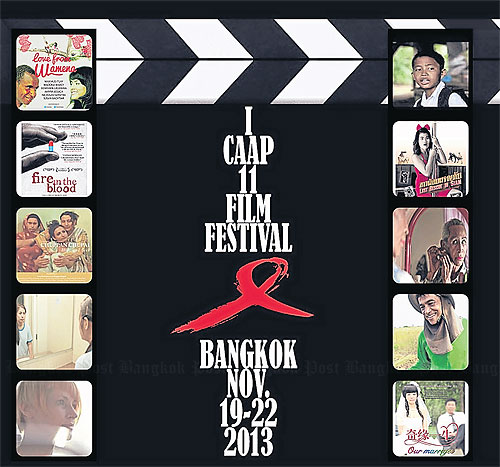 The festival is held as part of the 11th International Congress on Aids in Asia and the Pacific (Icaap), which will take place at Queen Sirikit National Convention Centre from Nov 18-22.

While thousands of delegates from the Asia-Pacific will be discussing how to reduce new HIV infections and Aids-related death, movie buffs will learn about different forms of ordeals people at many corners of the world have been undergoing in front of the screen.

The 10 flicks, half of which are short films, touch on various issues including people living with the HIV, access to medicine, transgendered people, sex workers, migrant workers and the LGBT community.

The film line-up includes Cinta Dari Wamena (Love From Wamena)from Indonesia, Fire in the Blood from the US, Chuppan Chupai (Hide and Seek) from Pakistan, Yesterday, Today, Tomorrow from Japan, Our Marriages from China, and Overseas, Kon Tee Khao Jai (Someone to Understand) and Last Rescue in Siam from Thailand.

All films will have English subtitles. And some of the filmmakers will also show up to give a casual talk after the screening.

The Icaap 11 Film Festival will take place at two venues _ the Bangkok Art and Culture Centre on Pathumwan intersection on Nov 19 from 4pm and Queen Sirikit National Convention Centre on Nov 20-22 from 10am.

There is no admission fee.