An anthology ahead of its time
Life
Arts & Entertainment

An anthology ahead of its time

Get wrapped up in the lush soundscapes and otherworldly textures with this intriguing collection of soothing, free-flowing music which later came to be known as new age.

VARIOUS ARTISTS/ I AM THE CENTER: PRIVATE ISSUE NEW AGE MUSIC IN AMERICA 1950-1990

Seattle-based independent label Light in the Attic Records has made a name for itself over the years as a reliable re-issuer of long-forgotten gems, unearthing obscure works of artists like Serge Gainsbourg, Jane Birkin and Betty Davis. The label's latest offering, I Am The Center: Private Issue New Age Music in America 1950-1990, comes as a perfect antidote to the electronic dance music that's been at the forefront of the music scene for at least the last five years. This is an immersive archive of rare, early new age music accumulated over 40 years, only a decade shy of the millennium before the genre became so heavily commercialised and synonymous with today's yoga studios and spas. Considered underground and avant-garde at the time, the music on I Am The Center was, surprisingly, not created for the purpose of providing a soundtrack for a downward-facing dog position or distracting anyone from the pain of having a shiatsu. 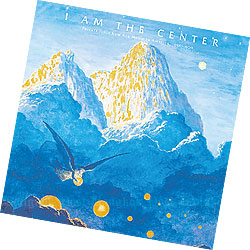 Leaning towards experimentation and obscurity, many cuts on the album were self-released by a handful of virtually unknown musicians. A glance at the titles, all 20 of them, only adds to the mysticism of the whole project _ The Struggle of the Magicians (Part Three), Witch's Will, Seventh Chakra Keynote B (Violet), Om Mani Padme Hum, Blue Spirals, Unicorns in Paradise (Excerpt), to name but a few. While it's almost impossible to pinpoint the collection's highlights (and perhaps we're not even supposed to), there are some memorable moments such as Gail Laughton's harp-centric Pompeii 76AD, which was reappropriated as Bicycle Riders and used in iconic sci-fi movie Blade Runner; another one on Nesta Kerin Crain's Zenned-out, self-explanatory Gongs in the Rain, and Iasos' shimmering Formentera Sunset Clouds.

Clocking in at more than two hours, the slow-moving, ambient expanse of this collection makes for a refreshing change from the constant beating and banging of what's currently dominating the charts and radio stations. What also makes it great is that it manages to avoid falling into the same one-dimensional hole most ambient music tends to. There's a variety here that keeps things unpredictable throughout, thanks to an eclectic mix of artists who brought their own brand of "new age" to the table. Not only does I Am The Center take you on a comprehensive trip back in time to when this genre was beginning to take shape, it also provides a spiritual refuge for those looking to temporarily escape from the hectic world they're living in. Put this album on, close your eyes and let it help you find your centre.

We love good artist collaborations, especially between members of independent bands, which explains why we're head over heels in love with Alone Tournament right now. The up-and-coming duo is made up of Aimcharoen "Aim" Rojthaworn of the band Yaan, and Chawalit "Yong" Saowapakpongchai, who you might recognise from psych-rock outfit Chladni Chandi. Their debut single, Kae Klang Tang (Half Way), prominently features lap steel guitar laced with the sweet sound of violin courtesy of Yong himself. The juxtaposition between the driving percussion and the wistful lyrics about wanting to turn back time is just sublime.

Included in our list of artists to watch in 2014, the young Bristol-based singer-songwriter possesses the kind of refined voice that needs to be heard to be believed. Over twinkling guitars and a fluid bass line, Ezra brilliantly sets up a scenario where he's a well-off man in an exotic city who's willing to sacrifice it all for his lover: "My house in Budapest/My hidden treasure chest/Golden grand piano/My beautiful Castillo/For you, you, I'd leave it all." If you're looking for some new music to get into, Ezra's excellent four-track EP Did You Hear the Rain? won't disappoint.

The Boss is back with High Hopes, his latest studio album consisting of remakes and covers of old and never-before-released material. Here, the 64-year-old rock icon dusts off a song first recorded back in 1995 and gives it a fuller interpretation with help from the E Street Band. As for the singing, Springsteen keeps it consistent with the original, growling his trademark growl: "Monday morning runs to Sunday night/Screaming, slow me down before the new year dies/Well it won't take much to kill a loving smile." There's also a stab of horns that punctuates the track, which instantly brings to the forefront a lot of '90s flavours.

"We are decadent beyond our means/We've a zeal/We feel the things they'll never feel," challenges Wild Beasts frontman Hayden Thorpe during the opening verses of Wanderlust, their first cut since Smother in 2011. With merely drums and burbling synths at play, the track marches menacingly forward as Thorpe croons along, showing off his trademark grasp for grandiloquent vocabulary ("With us, the world feels voluptuous"). Miraculously, Wild Beasts are one of the rare bands who can get away with using big words in their lyrics without appearing overbearingly pretentious. Wanderlust will appear on their upcoming fourth album, Present Tense, due out next month.

Broken Bells/ After the Disco

The duo of Brian Burton (aka Danger Mouse) and the Shins' James Mercer, better known as Broken Bells, have released a second single, After the Disco, from their upcoming second album of the same name. Unlike the first single, Holding on For Life, this one boasts a more upbeat production that will get you on your feet _ provided that you don't mind the song's slightly dystopian lyrics: "After your faith has let you down/I know you'll want to run around/And follow the crowd into the night/But after the disco all of the shine just faded away." 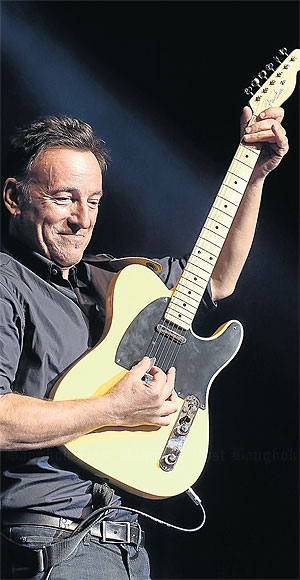