A great way to unwind from the Oscar hullabaloo has arrived this week. "Memory! International Film Heritage Festival — Reprise In Thailand" opened last night and will continue until March 6, featuring 11 classic films, from Chaplin to Ozu, Buster Keaton to Jacques Tati, plus a rare Mongolian epic and a Thai comedy classic. For filmgoers who regularly feast on Hollywood's new releases — intensified by the award-season blitz — watching old films on the big screen is an opportunity to find perspectives on cinema history and contemplate the ongoing evolution of the art form.

Now, what to see. To put it bluntly, everything. The theme for this year's programme is laughter — and thus Charlie Chaplin's The Circus was the curtain-raiser last night, while comedy of various shades, subtleties and registers await in the queue. I'm most curious about Before Rising Up The Rank, a 1965 Mongolian road movie (to be precise, a Silk Road movie) about three men who trek through the wilderness to the Winter Palace in Ulan Bator. Shot in black and white and running for 66 minutes, Lodongiin Tudev's film is an adventure comedy (Quixote-like, I suspect) as the characters who populate the long road to the Mongolian capital chip in political and sociological commentary of the feudal times. This is a rare film that has hardly been shown outside Mongolia until recently; it is showing tomorrow at 3pm at the Film Archive.

The Tati film is well-known, and I believe many have seen it — but perhaps you haven't really watched it until you've seen it on the cinema screen. Play Time was shot in 70mm, and for a playful film in which a small detail at the far corner of the screen contributes to its ceaseless wonder as much as what's in the foreground — just the opening sequence at an airport terminal will let you understand this — the only way to relish its ingenuity is in the large format as it was intended to be seen. It's showing on Sunday, 1pm at Film Archive, and on March 6, 7.30pm at Alliance Francaise.

From the first scene to the last, Tati shows how the human population navigates (and is often defeated, in humorous manner) by its own architectural desire and accomplishment. Play Time has no storyline and no lead characters — though Mr Hulot, the director's favourite raincoat-clad modern man, is here — and its 124 minutes feature people wandering through glass-covered buildings, endless corridors, symmetric forests of office cubicles, impersonal lobbies and airport terminals, and an unforgettable scene in a merrymaking restaurant that disintegrates before our eyes. Visually, Tati's film is a series of astonishment and giggle-inspired vignettes, and it stands as resolutely today as it was in 1967 as the wittiest observation of human civilisation in the age of industrial design. If anything, Play Time is even more relevant today at a time when the blessings and the curses of globalisation renders our perception of the entire world as one large, identical, antiseptic factory of befuddlement.

Another highlight is Ozu's Good Morning (March 5 at 7.30pm, Alliance Francaise). This 1959 film isn't a major Ozu, but even a minor Ozu stands out for its sensitivity and warmth in chronicling post-war Japanese life. It's also a film that the director shows his comedic side; there's a running fart joke, for instance, which feels surprisingly adorable coming from the young cast of the film.

The plot revolves around two young boys who go on a silence strike — they refuse to speak to their parents, neighbours and teachers — as a protest against adults' gibberish and as a way to pressure their father, played by Ozu's regular Ryu Chishu, to buy them a television. Beyond this amusing family bickering, Good Morning hints at the Western influence and modernising tools that are becoming a fixture in Japanese society and especially the working-class milieu of the story: the English language, the washing machine, the fashion. As to be expected, Ozu's gentle touch, exact compositional style and unflagging sincerity lift the frivolous story into a wholehearted family tale. The two boys, played by Koji Shidara and Masahiko Shimazu, are particularly great.

Elsewhere in the festival, Buster Keaton's The General (March 1, 3pm at Film Archive) is a slapstick story of a railroad engineer during the Civil War — again, this is a well-known film, though a chance to see it on the crisp, clear giant screen is welcome.

From the UK, the original The Ladykillers stars Alec Guinness as a charming thief who convinces an old lady that he and his friends are musicians looking for a rehearsal room, when in fact they're planning a heist. Directed by Alexander Mackendrick (who would go on the make the dark satire Sweet Smell Of Success), this 1955 film is the model for the recent remake starring Tom Hanks (and which isn't very good). The Ladykillers plays tonight at 7.30pm at Alliance Francaise.

The sole Thai film in the festival is Ratana Pestonji's Namtan Maiwan (Sugar Is Not Sweet), a colourful, perky, cross-cultural romantic comedy about a Thai-Chinese family and an Indian one. Ratana, as we all know, is one of the most innovative Thai directors and cinematographers, revered to as a pioneer in many cinematic developments. This is his final film, rightly treasured as a classic from the 1960s. It stars Sombat Metanee, Metta Rungrattana and Saneh Komarachun (March 2, 7.30pm at Alliance Francaise).

Two films from French filmmaker Pierre Etaix will be screened: the short film Happy Anniversary (1962), about a woman preparing for a romantic dinner that won't be as romantic as she's dreamt of, and The Great Love (1969), about a husband who's smitten with a young secretary. Both films are tomorrow at 1pm at Film Archive, and on March 3 at 7.30pm at Alliance Francaise. Finally, the American comedian Harold Lloyd stars in Safety Last, a silent film from 1927. It's showing on March 4 at 1pm at Film Archive.

"Memory! International Film Heritage Festival — Reprise In Thailand" runs until March 6 at Film Archive (Public Organisation) in Salaya and Alliance Francaise on Rama IV Road. Free admission. For schedule and to book your seat, go to www.facebook.com/MemoryFilmFestivalThailand. Or call 02-670-4222 and 02-482-2013. 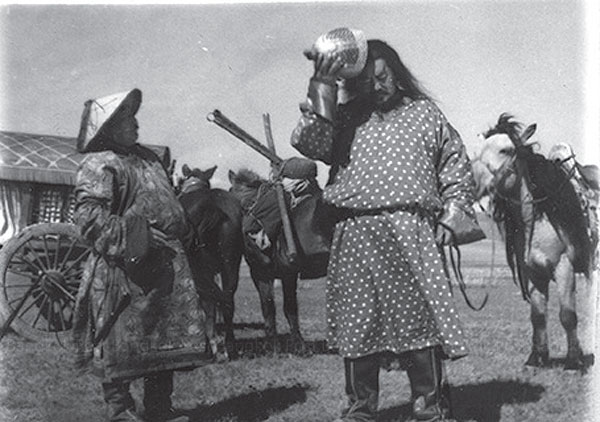 Mongolian film Before Rising Up The Ranks. 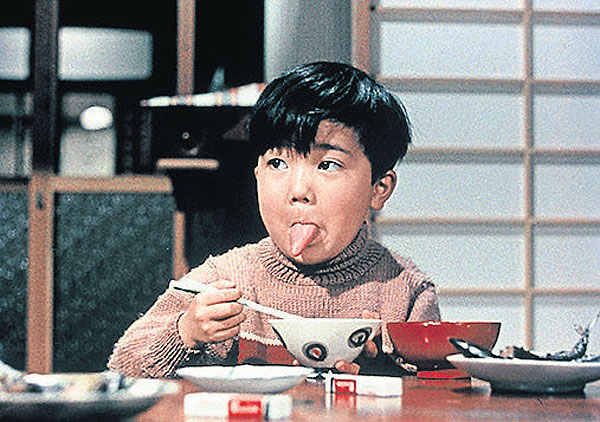