Movement of the masses

It's International Day of Yoga, so get your mind, body and soul in gear

Just sitting comfortably straight while sticking out a little bit of your curling tongue and inhaling through the mouth, then exhaling all out through your nose -- who would have known that just doing three minutes of Sitali Pranayama (the cooling breath exercise) every day will detoxify the body as well as regulate digestive and sexual energy.

Likewise, Savasana, despite the somewhat spooky translation, imitates the posture of the dead can reduce stress and relieve tension in your body, whereas curling up for the snail-like Pavanamuktasana pose helps with constipation.

These yoga postures have been tweeted by Abbagani Ramu, the embassy of India's deputy chief of mission, to hype up a massive event for yoga enthusiasts to be held on Sunday, following today's International Day of Yoga (IDY).

Today also marks the Summer Solstice (the longest day of the year in the Northern Hemisphere), when it was said that Adiyogi (the first yogi) turned south and set his eyes on the Saptarishis, or Seven Sages, who were his first disciples to convey the science of yoga to others. The 5,000-year-old physical, mental and spiritual practice aims to transform both body and mind. Not just about exercise, yoga renders "the discovery of oneness within ourselves, the world, and nature", with this definition expressed in IDY's logo.

"An Indian philosophy says that the whole world is one family. India wants to see the whole world happy by promoting a lifestyle, which is in harmony with nature," said Ramu. "Yoga brings a moderate lifestyle. You don't ask for many things. You'll live life close to the Earth and nature." 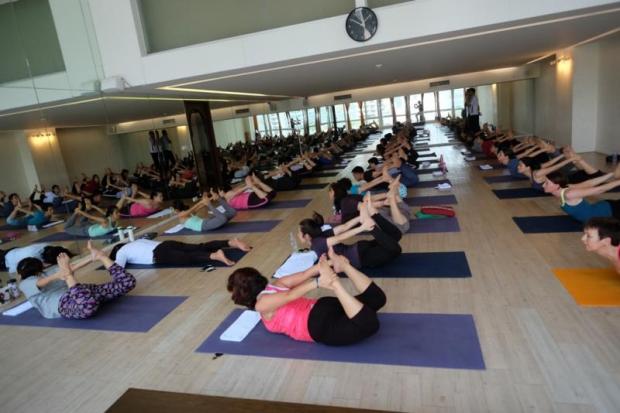 A class at Divine Yoga.

A practitioner himself for more than 20 years, Ramu encourages people to incorporate yoga in their daily life as it helps promote good health.

When properly practised, yoga can help prevent and treat diseases through simple movements. It can for instance help those with allergy, insomnia and mental stress. Thus, people can save money from seeing the doctor and taking unnecessary medicine.

Now in its second year, the IDY event is a collaboration between the Indian Embassy of Thailand and Chulalongkorn University, whose playgrounds opposite the main auditorium will be the venue for this Sunday's yoga session comprising physical movements, breathing and meditation.

One of the purposes of the upcoming event is to demonstrate the real yoga of which a misperception makes people shy away from the Indian ancient practice.

"People think that it's difficult when it is actually simple. My challenge is to change this perception so that people can make yoga a part of their lives -- like brushing their teeth and taking a shower," said Sanjiv Chaturvedi, who will be leading the 45-minute session. 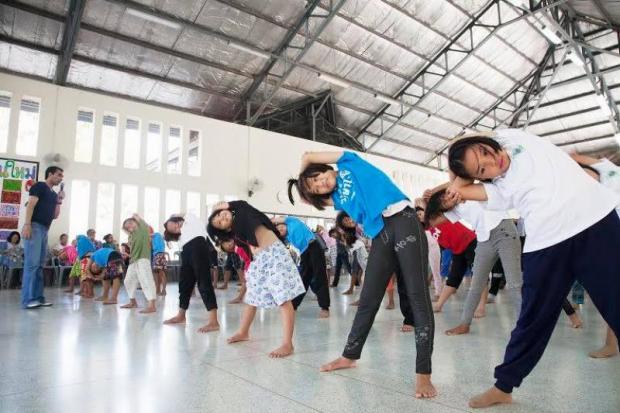 With a master's degree in Yogic Sciences from the Bihar School of Yoga, Chaturvedi has been teaching in Thailand for eight years during which there has been a boom in yoga studios.

The IDY also aims to raise concerns about the quality of the teaching since certification of yoga instructors may not be in place in each country.

Chaturvedi co-founded Divine Yoga studio in Soi Thong Lor, where in classes for kids, he teaches yoganidra in which sleeping brings deep relaxation that helps improve memory and learning process. He also reaches out to kids in orphanage for them to enjoy and benefit from yoga.

"Everyone can do yoga, including kids. It gives you a healthy mind and body so that you can enjoy life and excel in whatever you do in life, giving it 100%," said the yoga master.