Amid economic uncertainty, Thailand still expects to see the arrival of new shopping complexes, luxurious hotels and cultural landmarks in 2017. Here's what to look forward to 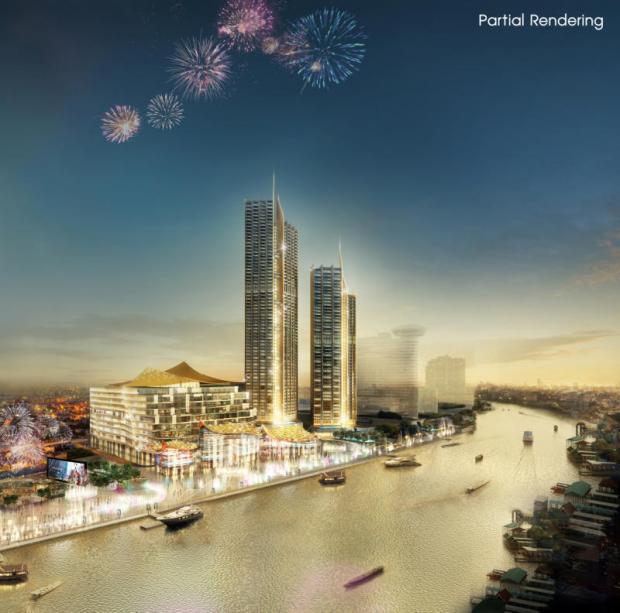 Set to open in late 2017, the 50 billion baht Iconsiam on Charoen Nakhon Road will feature two shopping complexes, two residential condominium buildings and lifestyle attractions. Covering 525,000m², the project comprises "Iconsiam", which is the main retail and entertainment component, and "Iconluxe", which features the Seven Wonders at Iconsiam attraction. One of the seven wonders will be the Iconsiam Heritage Museum, a collaborative project between Iconsiam and the Ministry of Culture's Fine Arts Department to present the country's arts, cultures and national heritage. The museum is expected to open to the public in 2018. 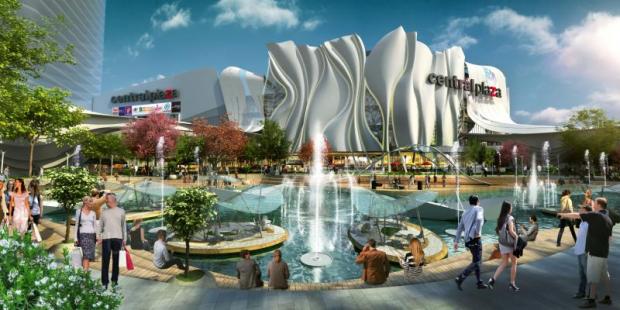 CentralPlaza Mahachai is set to open in the fourth quarter of 2017, featuring more than 300 stores and spanning across 170,000m². This new store is located on Rama II and promises an extensive food destination.

In December, Central Phuket is set to stand on the island's main road, featuring more than 700 shops on two buildings connected by a sky-link equipped with an automated walkway. Central Phuket also promises to have some attractions, among the highlights is Aquaria, Central Pattana's first partnership between Thailand and Malaysia that will be home to Thailand's largest underwater world and largest Aquascape.

The Edition Hotel in New York has always been renowned as a design hotel that offers more than 270 guest rooms and suites featuring elegant décor and architecture. Originally built in 1909, the historic 41-storey clock tower also has been recognised as a landmark of the Big Apple. In the second half of 2017, Thailand also expects to see the opening of the Bangkok Edition hotel located on the first to 21st floors of MahaNakhon on Narathiwat-Rajanagarindra Road.

The Edition Hotel is a partnership between Marriott International and American hotelier Ian Schrager with an intention to create the boutique hotel concept. The Edition currently has four locations in London, Miami Beach, New York and Sanya in China. Apart from Bangkok, The Edition is also set to open in Abu Dhabi, Shanghai and Barcelona next year. 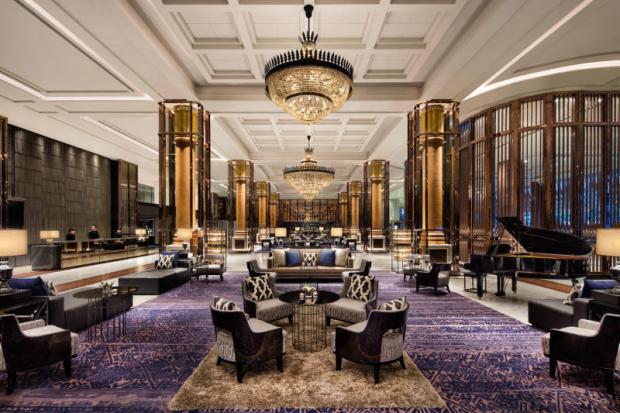 Marriott Marquis Bangkok Queen's Park, the country's first Marquis-designated hotel, was soft launched last December in a premises that was once the home of the Imperial Queen's Park on Sukhumvit 22.

Owned by the TCC Land Asset World, it is currently the Marriott's largest property in the Asia-Pacific region and cost more than 4 billion baht in renovation.

The property, which aims to cater to major international conferences and events, has 1,360 rooms and suites set across two completely revamped towers. It features state-of-the-art conference facilities with three ballrooms (its Grand Ballroom can accommodate up to 1,100 guests) and 30 meeting chambers with more than 5,000m² of function space.

Enhanced by a prime downtown location and view of Benchasiri Park, the hotel also boasts 11 dining outlets, including a Thai tea room, an all-day dining restaurant and an authentic Chinese restaurant as well as world-class spa and fitness centre. 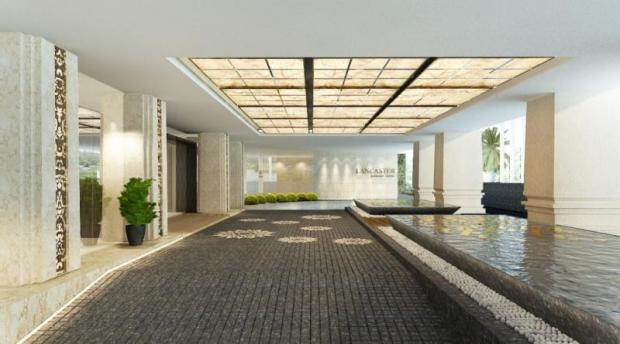 Here comes the latest addition to the renowned collection of the Bangkok-London operated Landmark Lancaster Hotel Group. Situated right by MRT Petchaburi and Airport Rail Link Makkasan station, Lancaster Bangkok is set to deliver five-star hospitality and services to guests when it opens in March.

The hotel will feature 231 lavishly decorated rooms and suites -- all with complimentary high-speed Wi-Fi -- to cater for travelling businessmen and families. Guests can indulge in the premium selection of fine dining at its Siam Brasserie, or delight in tapas and cocktails at Lancaster Bar. An entire floor is dedicated for a wellness and fitness hub that comes with state-of-the-art 500m² gym and a relaxing spa. Children can enjoy various programmes such as cooking classes, language lessons and daily fish-feeding during their stay. 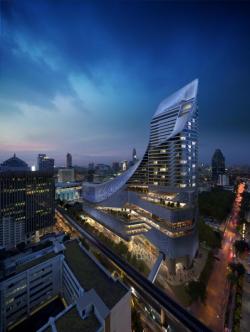 Central Embassy's tall, twisted-coil structure that is the Park Hyatt Hotel will finally open its doors in April. The luxury hotel will be housed within the top 27 floors of Central Embassy's retail complex, claiming to offer an oasis amid Bangkok's bustling chaos and the highest standard of accommodation and Thai hospitality in the city. The curvilinear and asymmetrical structure will house 222 spacious and luxurious bedrooms, with some stunning panoramic views of the city in 32 Premier Suites. On Level 33 is the Presidential Suite, a giant 510m² room that includes an outdoor terrace, gym, spa-treatment room, steam room, whirlpool, plunge pool, kitchenette and a private butler.

Guests can unwind in any of the four different restaurants and entertainment venues, with the Penthouse Bar & Grill on the 34th to 36th floor being the signature entertainment complex. The hotel's lush pool deck with terraced gardens and sun lounges, and tranquil spa with a relaxation lounge, crystal-steam room and whirlpools will offer further relaxation. 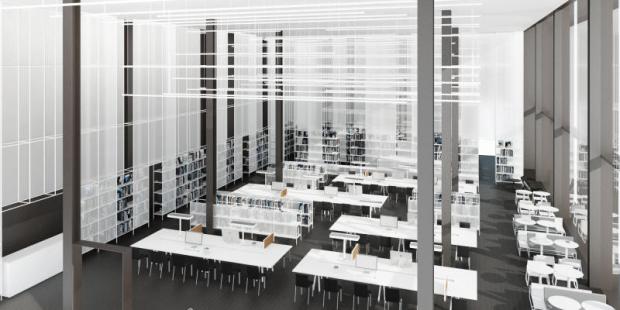 Thailand Creative & Design Centre (TCDC), a hub for design enthusiasts, is relocating from The Emporium to a new venue -- the 80-year-old Bang Rak Post Office building -- and is expected to open in mid-2017.

Moving out of the high-end mall, the TCDC takes a chance to rebrand itself to be more convivial to various groups of people. The interior is wide open as it adheres to the concept of persuading people to exchange ideas. With the new location, the TCDC aims to be a model of turning an old or disregarded space into something serviceable. The architects were challenged to balance between adding modern elements to the building while preserving its quaint charm. The top floor is occupied by a library and co-working space. There is an outdoor garden with some working space provided on the deck while workshop rooms, exhibition rooms and material library are on lower floors. 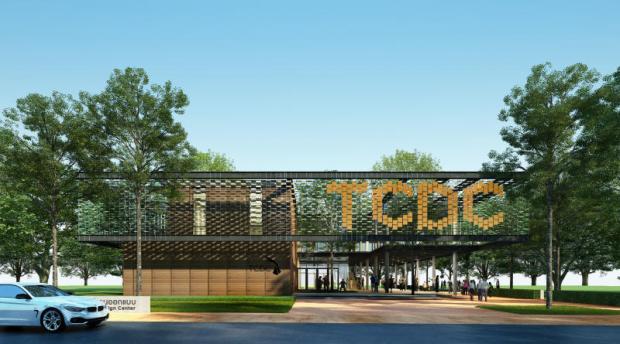 In 2017, the TCDC also will be branching out to the northeastern region which counts the second provincial TCDC after its Chiang Mai franchise opened in 2014. TCDC Khon Kaen aims to be a centre of Isan's design knowledge and information. The building is raised from the ground, leaving some space underneath to be used as a meeting area. The building façade is adjustable as it can be transformed into a message board. Also featured in TCDC Khon Kaen is an Isan materials room, which gathers and displays various local materials to be further developed and utilised to create economic benefits. 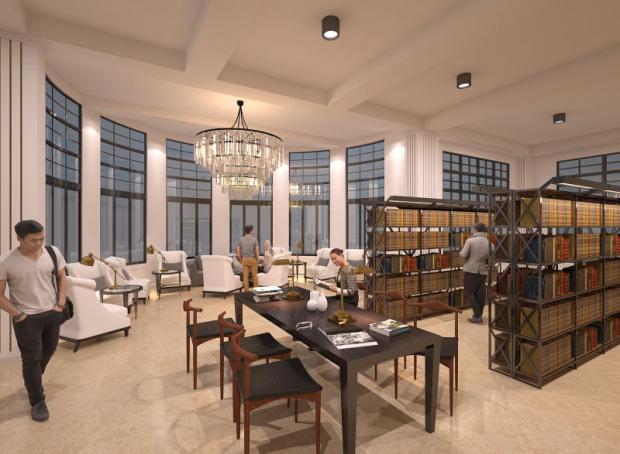 Four years after Bangkok was named the World Book Capital in 2013, a new infrastructure in line with the idea of promoting reading culture is about to come true. The Bangkok City Library, supported by the Bangkok Metropolitan Administration (BMA), is set to be a 24-hour library and is expected to open in mid-2017. The library is located at the Ratchadamnoen Building, an art-deco building in Ratanakosin area near the Kok Wua intersection. While the building style looks European, the interior decoration has a touch of Thai. The four-storey building is planned to suit different readers from children to adults. Different genres of books such as literature, historical books and reference books are available. There also will be a zone for readers with disabilities and a book café and exhibition area. Anyone is welcomed in the library for free, but only members can borrow books. The library is now 70% complete.

No stopping the spectacular