Plans are afoot to revive Udon Thani's 50-year-old cinema, a symbol of the city's boom years in the 60s and 70s

The steady loss of Thailand's once ubiquitous stand-alone cinemas -- structures once symbols of the nation's modern...

While such groundbreaking firsts are typically the preserve of Bangkok, home to the majority of Thailand's creative types and many deep pocketed investors to back them up, this vanguard development on the pop-cultural and urban heritage front is taking place upcountry: in Udon Thani, a northeastern province and home of the 50-year-old Vista Theater.

New life for this old cinema has been a topic of discussion over the years among the second-generation owners, sisters Ruttikorn and Ornprapid Somsiri. The erstwhile family enterprise, closed for nearly two decades, might long ago have been converted into a warehouse or parking garage had the pair not felt that a loftier use should be found for the cinema their father built (several stand-alone cinemas in Bangkok have now become parking garages and warehouses). For the sisters, how to monetise the building while honouring its illustrious past became their main challenge.

About six months ago, Ruttikorn posed the question to local-born architect Pongpon Yuttharat, whom she had previously contracted for the restoration of her home, located just across the street from the cinema. With Pongpon's professional focus spanning the cross section of sustainable urbanism and architectural preservation, new possibilities for the Vista's revival have begun to take shape.

"We want to find a way of reactivating the cinema that will generate social benefits similar to its days as a cinema," explained Pongpon during a recent tour of the Vista, which is currently undergoing basic renovations.

Before the advent of home entertainment, and well before shopping malls became synonymous with moviegoing, stand-alone cinemas like the Vista were common sights throughout urban Thailand (in Bangkok, they were numerous but now only Scala still stands). No matter how small the province, so long as there was a cash-based economy, chances are there was a cinema. For millions across the country, exposure to the wider world was first glimpsed on films screened within the cavernous confines of the local rama, as many stand-alone theatres were colloquially referred to (a derivative of "Cinerama" projection systems). But it was the outsized civic role that made these old-time picture halls into the intriguing spaces that they are today.

The Vista Theater was contracted in 1967 by the father of the Somsiri sisters, a medical doctor-turned-businessman known throughout town as Mor Sukhum. Having achieved great success and local celebrity with the establishment of Udon Thani's first ever private hospital, Mor Sukhum expanded into the movie exhibition business. Demand for film at the time was heightened by American airmen stationed at nearby Wing 23 Airbase.

"My father saw that there was a market for movies among GIs on downtime," Ruttikorn said. "He built this cinema on a plot of land directly across from his hospital. It was a success from the start, with sell-out crowds nearly every screening." In the 1960s and early 70s, Udon Thani was a boom town, with a wartime economy that resulted in the development of much of the city as it stands today.

"Udon sort of became like Pattaya when the GIs arrived," said Pongpon, overlooking the Vista's gutted auditorium. "Restaurants serving Western cuisine, hotels and nightclubs sprouted up everywhere to meet their needs. It was an extremely busy city back then."

The flourishing economy spawned ever larger cinemas, as the influx of cash left greater disposable incomes to spend on leisure activities. For the visiting American soldiers, accommodation was hatched in the form of "soundtrack rooms", the cinema equivalent to skyboxes in contemporary sports arenas. In these glass-fronted rooms, the film's original dialogue was piped in from the projection booth, allowing native English speakers to indulge in their mother tongue while the rest of the audience enjoyed the movie in Thai. Usually the Thai audio came in the form of live dubbing from professional voice actors, who applied their sharp-witted mimicry to all characters in the film.

This golden age for cinemas like the Vista, however, was short lived. Technological changes and macro-level demographic shifts made 1,200-seat cinemas unnecessarily large and difficult to maintain.

"When VHS and VCD players came out, the crowds started to shrink," recalled Songdet Khan, the former projectionist, who took his first job as an errand boy at the Vista aged 12. "Towards the end, we would sometimes have crowds of fewer than 10 people. That didn't even cover the cost of the air-conditioning."

A tentative reopening for the Vista Theater has been set for late 2017. But it's the intention for reviving the abandoned facility that should become an example for other cinema operators to look up to.

For the time being, the Vista revival team is primarily concerned with reconfiguring portions of the theatre complex that was once used for non-cinema purposes. A section that used to house bowling lanes is being retrofitted into office, or co-working spaces. Talk of a coffee shop in a corner of the 60s-chic lobby has also been thrown around. The concept is to use such auxiliary spaces to create revenue streams to be reinvested in the auditorium, eventually leading to a fully functional, multipurpose arts theatre.

"It's impractical to think that we can bring back the Vista as a full-time movie theatre," conceded architect Pongpon, as he sidestepped a stack of unopened cement bags in the theatre lobby.

"That probably wouldn't be sustainable. But if we mixed occasional movie screenings from, say, the local documentary club with live music shows, speaking engagements and maybe exhibitions of some kind, the town would gain cultural capital from the theatre without it being a financial burden to the owners. From there we can build it up."

Without any formal announcements, word of the Vista project has quietly made its way around town, stirring hopes of a revived cinema further adding to Udon Thani's growing vitality.

"Once it's up and running, it won't take long to become a hit," said a clerk at the nearby Atlantic Book Store -- another holdout from the booming 60s and 70s. "People will come to Udon to experience the Vista."

For Ruttikorn Somsiri, a revived Vista would be nothing short of a dream come true.

"This cinema is part of my family's heritage," she said with an air of humble pride. "It's also part of Udon Thani's heritage. It would be really wonderful to see it bringing people joy again."

Philip Jablon is an independent photographer and researcher currently affiliated with RCSD at Chiang Mai University. His first book, The Movie Theatres Of Thailand: Relics, Ruins And The Romance Of Escape will be released later this year by River Books. 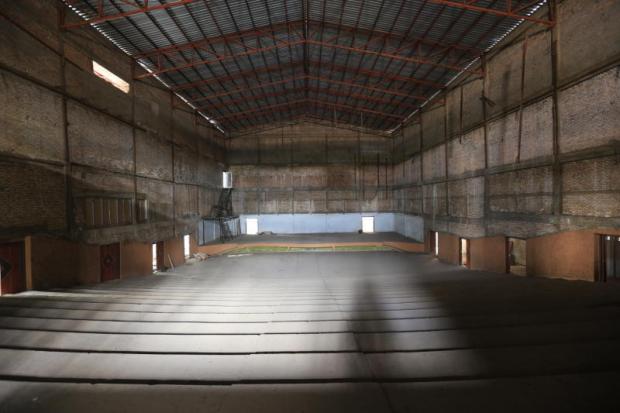 The Vista auditorium is currently a shell, but there are high hopes for revived activity. Philip Jablon 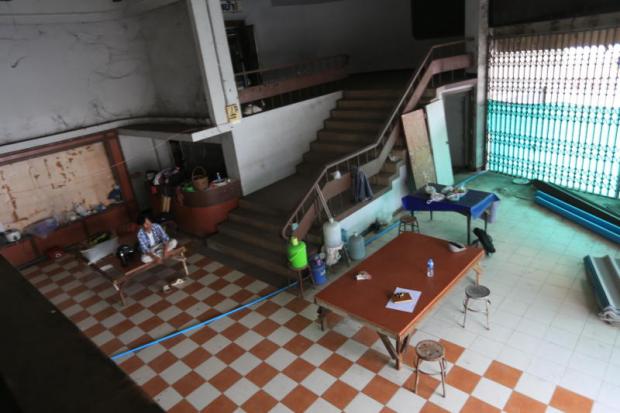 The Vista lobby was once bustling with activity. Philip Jablon 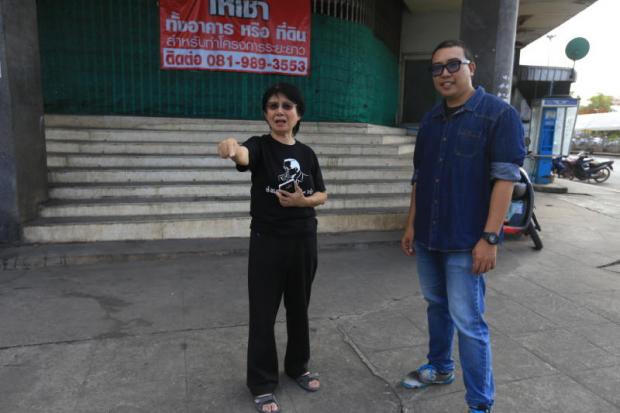