The Securities and Exchange Commission has stepped in to investigate claims that entrepreneur and self-help guru Thitinart "Kru Aoy" Na Pattalung was involved in some suspicious deals in the share market.

This comes just days after she complained to the police about an online campaign to smear her name. 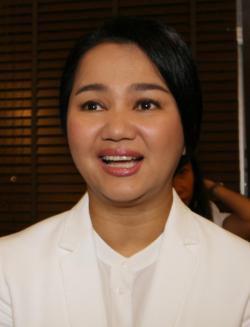 The probe started after an anonymous share trader, known only as "Boss", told the media that Kru Aoy had persuaded him to invest in Asset Bright Public Company Ltd (ABC), an e-commerce and real estate firm in which she is the third-largest shareholder.

Boss claims he invested 20 million baht -- some for himself and some on behalf of a group of Kru Aoy's followers -- after she informed him of a pending deal with an overseas investor that she promised would boost the company's share price.

While he was aware it was probably illegal to buy shares on the basis of such insider knowledge, he went ahead anyway, with Kru Aoy assuring him she would make good on any losses.

Boss said he invested in the company barely a month after meeting Kru Aoy, who contacted him via an online fanpage. Boss, who is well-known in share-trading circles, runs a webpage giving advice on the share market.

The supposed deal with the foreign investor never materialised.

"After three months, the share price fell from 4.5 baht to 2 baht a share. She urged me not to sell, saying the company was fixing the problem, but I went ahead anyway. I lost 13 million baht."

Boss complained that Kru Aoy promised to take responsibility, but never did. He said he is still paying off debts to the shareholders on whose behalf he invested.

The share trader denied he was part of a campaign to attack Kru Aoy, despite her claims to the contrary.

Kru Aoy denies coercing Boss to sell based on false promises. She admitted some of her followers had lost money buying shares in the company, but said they still trusted her and had not issued any complaints.

The self-help entrepreneur offers advice on life skills and getting rich at her Life Compass seminars, as well as in a series of top-selling books of the same name.

Earlier last week she gave the Department of Special Investigation details of what she said was an organised online campaign against her. She said the culprits had threatened to exploit various platforms including YouTube and social media to discredit her.

Kru Aoy said the culprits demanded 11 million baht within 36 hours or they would start releasing the information. She refused to pay and went to the police.

Her saga came to light after some celebrities complained earlier on social media that she was using their name to help promote her courses without their consent. A week or so later, she disclosed details of the smear campaign, which she said started when those responsible for it sent her a website link to a page containing her personal information.

"The only thing they got right is their claim that my father was a red shirt,'' she told the media. "I have always been open about his past, so that's no secret.''

In recent days, media attention has focused on her shareholding in ABC. The newspaper ASTV Manager, among her more severe media critics, said Kru Aoy took a 1.9% stake in the company three years ago. The daily claimed it was worth 1.6 billion baht at its peak and that the stock was extremely volatile.

However, the value of her stake has now shrunk to 23 million baht, with the share price having fallen from its peak of 63.5 baht to just 20 satang.

The paper said her track record as an investor was poor. It said she had persuaded her followers to invest with her, with the result that they, too, had lost money.

One of Kru Aoy's supporters went before the media to say she had lost 100 million baht on the shares but still believed in the self-help guru.

The SEC, which started probing the claims after Boss went to the media, said it was too early to say if any laws had been breached.

Mit still heading to the slammer

Likay performer Mit Mitchai has lost an appeal to overturn his jail sentence in a fraud dispute with a former lover. 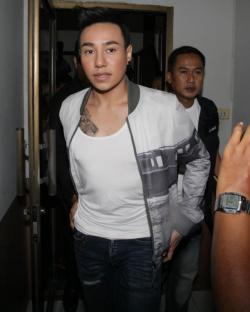 Ranchida "Pui'' Sithadechanon, who is in the automotive industry, accused Mit of taking up to 35 million baht from her for a business venture that failed to materialise.

The Thanyaburi appeals court in Pathum Thani last week upheld an earlier sentence that Mit, 21, should serve six years in jail for the offence and pay 27 million baht to his creditors.

The court agreed that Pui lent him the money as an investment to further his career not because she succumbed to his charms, as he claimed.

Mit has admitted receiving up to 20 million baht from his former lover over their 12-month relationship -- which was largely conducted in secret -- but he insists she gave him the money out of affection and cannot demand it be returned.

Pui, who claimed she got into debt to raise the funds, said Mit asked her for the money to start a likay troupe, a likay online venture, and a music video. She said none of the ventures came to fruition because Mit frittered away the money due to his lavish lifestyle.

The court of appeal released Mit on bail of 3.5 million baht, saying the two sides still have a chance to settle the matter.

Clarifying its decision to the media, the court said the judgement does not include ordering Mit to return the money to Pui as he had entered into a debtor's agreement with two other people for the 35 million baht.

One of these people is Pol Col Pachapon Rodpothong of the Royal Thai Police, whom Pui approached to raise the funds. Pol Col Pachapon earlier took defamation action against Mit after the entertainer claimed he was coerced into signing a loan agreement.

The court said it did not believe Mit was coerced and that the pair could take legal action to recover the funds if he fails to pay up.

Singer Pongsit "Pu'' Kamphee has praised the teen winner of The Voice Kids Thailand competition. He said he is often compared to the young star but jokingly stressed they are not father and son. 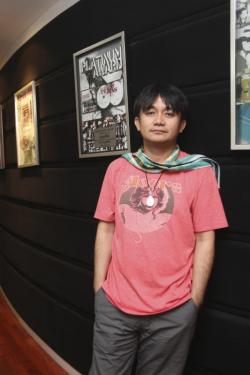 Siripong "Natt'' Srisuka, 14, from Udon Thani, who won the final of the contest, said he regards Pu as one of his heroes.

Both sing in the pheu chiwit folk style. Natt has mastered a tremolo voice like Pu's. He also plays Pu's songs and even looks like him, fans enthuse.

"Nong Natt is in Udon and I am in Nong Khai. We live close to one another so I suppose it's possible I could be his dad,'' Pu joked.

He also had some advice for the young singer. "By all means sing like me, but don't end up like me when I was a teenager,'' he said, referring to his wild past.

Pu said Natt sings with a voice mature beyond his years. "He sounds like an 18-year-old, but the fact is he is still a kid,'' he said.

The young man won more than 80% of the viewer vote in the final. A crowd favourite from early on, each of his songs pulled in more than 1 million views on YouTube virtually overnight.

Shortly after the final, he returned to Udon to see his mother, who is recovering from an automobile accident, to hand her his winning cheque of 1 million baht.

His mother said she had wanted Natt, who gets good grades, to pursue a career as a policeman. "However, after I divorced, I realised nothing is certain in life. When Natt told me he wanted to be an actor and singer, I encouraged him.'' 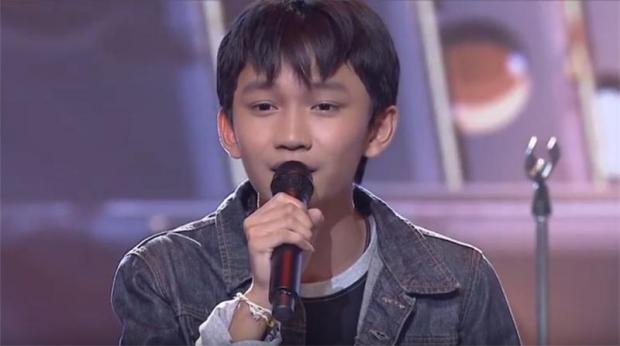