Assuming a role on the international stage
Life
Social & Lifestyle

Assuming a role on the international stage

When World War I erupted in July 1914, Siam under the reign of King Rama VI declared itself neutral. Having maintained strong diplomatic ties with various countries from both sides of the conflict, there was little reason for the small country in Asia to enter the war on either side, far removed from the conflict in Europe, and with nothing to gain from taking part.

But as history remembers, Siam would eventually join the Allies, and enter the war on July 22, 1917, 100 years ago almost to the day, as part of the US-led "Third Wave" of nations to take part in the conflict.

Why did a small nation take part in one of history's bloodiest and most protracted wars, whose ramifications are still playing out today? To answer that, and to commemorate our place in this historic ordeal, the Thai National Library is hosting the "Siam And World War I" exhibition, a visual telling of the story behind Siam's eventual participation in the world-spanning conflict, featuring newspaper and magazine clippings, rare photographs and video footage recorded by the French army at the time. The exhibition is currently being held in the library's Vajiravudhanusorn Hall, and is open free for all until Sept 30.

"Since the reign of King Rama V, Siam has had strong diplomatic ties with Germany, with many Germans even serving as government officials," said Chitti Kasemkitvatana, the curator behind the exhibition.

"At the same time, we were surrounded on all sides by colonies of Allied Nations members. On the one side, the British colonies spread from Burma all the way to India, while the other side belonged to the French. As such, for the first three years of the war, Siam tried very hard to remain neutral, despite pressure from both sides to join the war.

"I wanted to present a different angle from the common narrative around World War I, and really explore the reasons and ramifications behind Siam's decision to join the Great War".

In the exhibition, it's explained that the reasons for Siam's participation were numerous. For one, Siam had been forced to enter into many unfavourable diplomatic treaties with Germany during the reign of kings Rama III and IV, which allowed Siam to maintain its sovereignty from foreign powers. By joining the Allied Nations in defeating Germany and its allies, Siam would be able to nullify many of those treatises, giving extraterritorial rights to foreigners.

The decision was also partly a reaction to Germany's increasingly heavy-handed and inhumane methods of war, such as the use of mustard gas or attacking civilian refugee ships with submarines.

"Since the time of King Rama III, Siam has had a difficult relationship with Westerners," explained Chitti.

"Many foreign nations didn't recognise Siam as a sovereign nation with equal status as themselves, similar to other Southeast Asian countries. When we joined the war, these countries were forced to formally accept us as equal members of the international community."

Siam's total contribution to the war was minimal, as one would guess. Exactly 1,284 volunteer soldiers -- including medical, transportation and aviation officers -- were sent to the front lines, with 19 casualties suffered throughout the course of the war.

In fact, the July 22 Roundabout near Santiphap Road -- the first in Thailand -- is to memorialise the soldiers who fell serving in World War I. According to Chitti, the Siamese ground forces' conduct during the war even earned them a formal Croix de Guerre commendation from the French army. Due to their long training time, however, the air force soldiers only managed to arrive just as the war was ending, and did not get the chance to serve.

"Most of the soldiers that were killed didn't even die in the fighting, but from accidents and disease before and during their transit to the war front," said Chitti. The exhibition features several historical documents rarely shown in public before, such as photographs of Thai soldiers in a parade in Brussels, a diagram showing each nation's position in the Peace Conference at Versailles and King Rama VI's translation of English news meant to communicate with his subjects why Siam needed to enter the war, as well as European newspaper clippings with mentions of Siamese troops (mostly favourable). Another centrepiece of the exhibition is a replica of the Maha Pichaiyut costume, a warring outfit worn by Siamese kings of the past.

When Germany was defeated and the dust of war settled, the world was not the same -- historically, geographically or culturally. Likewise Siam, and the most tangible remnant of our participation in World War I is the current red, white and blue Trairong flag. Up until that point, Siam's national flag featured a white elephant on a red background. But shortly after Siam's declaration of war in September 1917, King Rama VI commissioned the tricoloured flag to show our allegiance to the Allied Nations of Europe, many of whom also had flags of red, white and blue.

"To be frank, many of the benefits that Siam, and later Thailand, received from our participation in World War I are mostly non-tangible and symbolic," said Chitti.

"But during the time, it was an important diplomatic decision, one that would create respect for Siam's sovereignty in the eyes of Western powers." 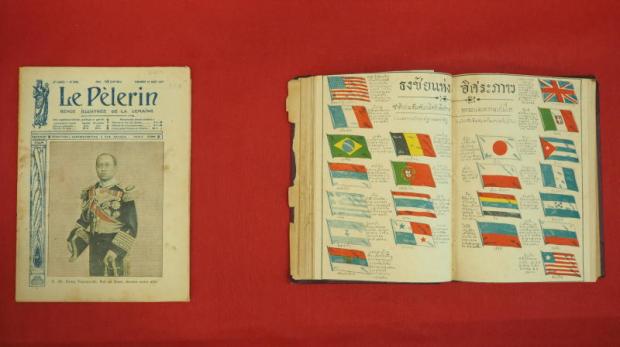 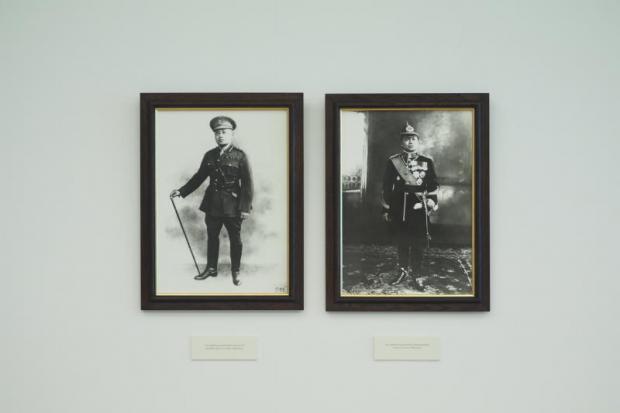 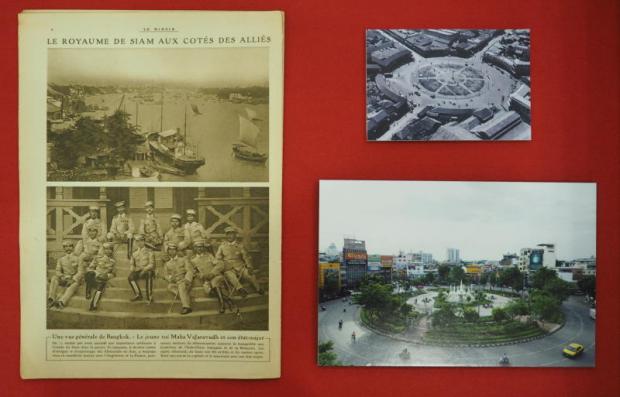 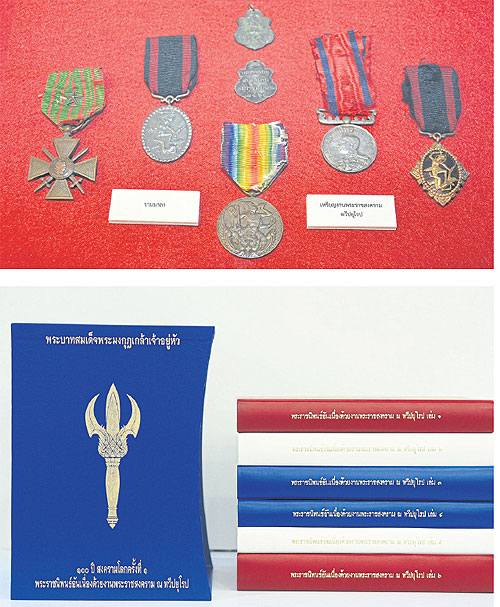 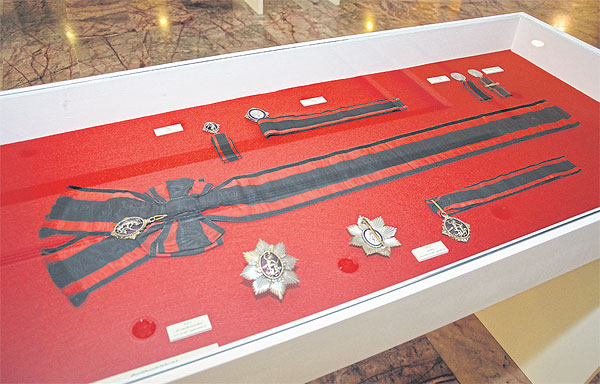