Have you ever been completely spellbound by photographs of deteriorating malls and hospitals? We certainly have, which is why we reached out to Dax Ward, the man who captured these places for us so we didn't have to. An American, Bangkok-based photographer, Ward's works have been featured in CNN Style, The Guardian, Lonely Planet and other well-known publications. His beautifully haunting photos of abandoned sites in Thailand are on display at "Abandonia", at Wishbeer the Vue on Charoen Nakhon 13 until Jul 24. We spoke to Ward about his love for the "abandoned".

Tell us about yourself and why you chose Bangkok?

I have been in Asia since late 2003. While trekking in Nepal in mid-2007 I was offered a job as a technology teacher in Bangkok, so, with positive experiences I had had while visiting Thailand in mind, I took the opportunity. I've now been in Bangkok for 10 years, working primarily as a technology teacher and manager at a private school, but with more and more jobs in photography.

What is your relationship with photography and how did it develop?

I started out as a hobbyist. A few years ago I didn't even know how to shoot with manual exposure settings. I worked steadily with a few instructors and learned quite a bit on my own. Now I get enough photography work to consider it a part-time job. Since I do not do it full time, I'm lucky enough to have the choice of being able to work on projects I like. I picked up a drone about six months ago as a new way to gain perspective on the locations that I document. 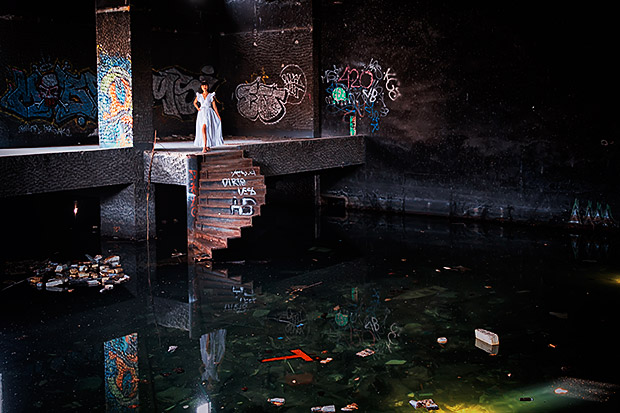 Which photographers have influenced you?

My favourite photo book is Subway by Bruce Davidson. His work is gritty, visceral, aggressive, risky and, most of all, fearless. He did whatever he had to do to get the pictures and to capture his subjects with an unflinching frankness. His work reminds me to always keep on the hustle and don't be afraid to take risks.

Is Bangkok a playground for photographers?

Bangkok is one of the best cities in the world for pictures. The cityscapes, traffic, infinite lights, motion, colours and most of all, people, make it a photographer's dream in many ways. There are a few neighbourhoods that are my favourites for walking and taking pictures. The best thing about them is that, though they are in the middle of an enormous city, if you walk deep enough into the sois it can feel like you are in a small village. It gets very quiet, the pace slows down a lot and people are friendly and in no sort of rush. I love getting lost in these places for a few hours, spending time chatting and eating, taking a lot of pictures. I am never disappointed with the images I take home. 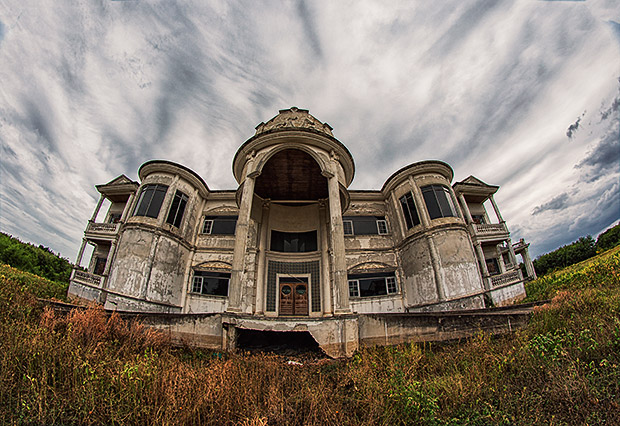 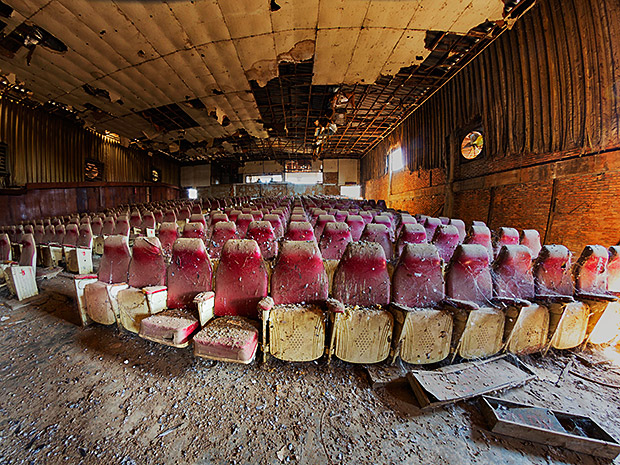 A rundown mansion in Nakhon Pathom and Petch-Siam Cinema in Sukhothai are among Dax’s favourite abandoned places in Thailand.

How and why are you fascinated with abandoned locations?

I got into urban exploration photography purely by chance. A media distributor representative in the UK contacted me after they saw my photos of the Bangkok aeroplane graveyard. That story did very well and was picked up by multiple publications. Since then I have been in constant pursuit for new places to document. I hadn't really done any abandoned-site exploring until that story broke, but since then I've found it to be a blast and have become a bit addicted. I have since shot about 40 abandoned sites in Thailand, South Africa and the US.

I do think that places take on a completely new personality when they are left derelict. When a site has been devoid of human involvement, it deteriorates pretty quickly, especially in a tropical climate. Foliage sprouts up from any spot with a bit of light and moisture, mould and dust gathers en masse, roofs and walls collapse, and squatters -- human and otherwise -- take up residence. Buildings become different. Abandoned places develop a distinctive character, which makes them more interesting to explore and photograph than when they are inhabited. 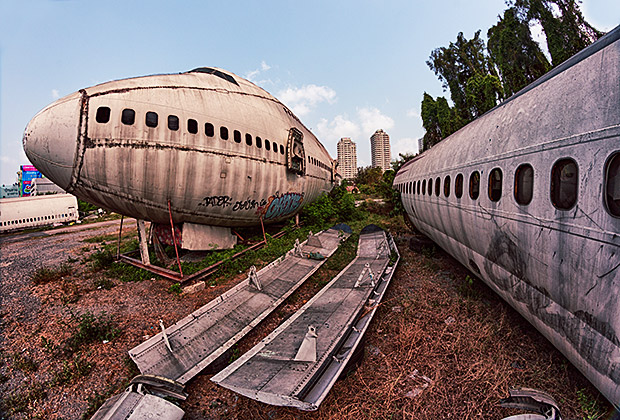 What entails photographing an abandoned location?

If a location is fairly easy to access, then it's a very good day. This doesn't happen very often, but, when it does, it's fantastic. I typically try to go early in the morning when the light is best and the city is quiet. Once I gain access to a location -- one way or another -- I go to work with my camera and tripod, trying my best to capture the story of the location, getting the shots to tell the story through details. A single shot can put out as much context as a paragraph of words. I spend as much time as I can at a location as my biggest fear is that I may miss something special. The length of time that I stay depends on an arrangement I've worked out with the owner or overseer, other times I have as much time as I need. I leave only when I feel like the job is done and all necessary shots have been captured.

Have you ever experienced inexplicable moments?

At an abandoned prison in Chiang Mai, I took a series of eight or so images near a guard tower, which came out with a dark shadow over them. I haven't been able to get any definitive explanations for what may have caused that effect when inquiring on photography forums. I believe in rational explanations for things like this, but Thais are very superstitious about ghosts, so I had to go to a temple afterwards with my wife to make merit. When we returned to the site on the final day of shooting, we walked backward as we entered, which is something that some Thais believe appeases ghosts. I don't believe in ghosts, but I do want to respect local customs. Executions were performed at the prison as it was a death row facility and a number of egregious events were said to have occurred here, including suspicious 'suicides' of inmates in a well. There were seven days and nights of Buddhist rituals held by monks after the prison's closure. It's a pretty creepy place, but has some nice street art murals. 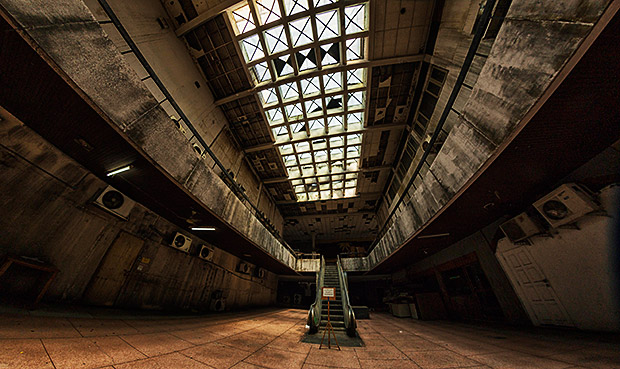 What is you most memorable abandoned place in Thailand?

There are a few that stick out as one-of-a-kind, but my two favourites would be the Petch-Siam Cinema in Sukhothai and the 'Abandoned Mansions' in Nakhon Pathom. The cinema was truly special as it was left completely intact, with seats, screens and even projectors sitting in place for more than 30 years after the last reel ended. The family that owns it let me in and left me alone for hours. It was a great experience and such a special place. The mansions are special because of the people who live there. Two kind and everyday families inhabit some rundown though upscale houses that were originally built for the affluent.

Which abandoned place are you exploring next?

Until recently I was not at all interested in Sathorn Unique Tower, because it has been over-documented and discussed ad nauseam. I want to photograph it in order to complete my portfolio of abandoned locations in Thailand, though I don't know that I'll ever be granted permission to enter. It's become very difficult due to past issues with backpackers vandalising the site and, of course, other darker incidents. I do understand the owner's frustration with so much publicity in recent years and the need for strict security.

What in the future?

I plan to return to China in autumn to go to Sichuan province and see what I can find there. I know that there are numerous fantastic locations to shoot, so I'll get a motorcycle and see what I can find. Russia is also on my list. With regard to places in Thailand, there are a number of abandoned sites that I need to check out, but not so much in the Bangkok area. I'll get to those in the next year or so. As far as long term plans, I love my job as a teacher, but the dream would be to work as a photographer full time, especially in the realm of photojournalism. We'll see what happens, as things have been picking up a lot lately.