In fiery red, like the trail of fire she blazed throughout the competition, 24-year-old singer and model Catriona Gray from the Philippines was crowned Miss Universe earlier this week in Bangkok.

"When I was 13 years old, my mother told me, 'I had a dream that you were in Miss Universe and you won in a red dress', " said Gray to the media during her post-win interview, in reference to her volcano-inspired gown. Adorning her perfect curls -- and adding a finishing touch to the entire ensemble -- was the much coveted Phoenix Mikimoto crown made of gold, diamond and pearl that sparkled under the lights. 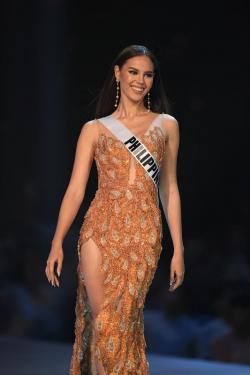 The half-Filipino, half-Australian beauty queen entered the world-famous pageant as a strong and experienced contender. She made the Top 5 at Miss World in 2016 before taking on the Universe. Her signature slow twirl during the competition's preliminary round went viral. When it came to the final round, her strong and confident speech helped her rise to the very top, triumphing over 93 other contestants. She is the fourth Filipina to win the Miss Universe crown.

Gray was born and raised in Cairns, Australia, before relocating to the Philippines. She studied music theory and has a black belt in Choi Kwang-Do. In the Philippines, Gray became an advocate for HIV/Aids awareness and prevention with Love Yourself PH. She also volunteers for Young Focus, an NGO which supports underprivileged children in the slums of Manila. As her first order of business as the new Miss Universe, after seeing her family and team, Gray plans to expand her work in these areas.

"[This] is something I feel passionately about because, a few years ago, I lost a close friend to health complications due to HIV. So spreading awareness of that cause and encouraging people to get a simple test and knowing their status is definitely my first project that I'd like to pursue," she said. She also hopes to advocate for better education for young children in impoverished areas and to lend her voice to any other worthy causes that come her way.

The new Miss Universe said she'd also love to pursue a singing career. Last month, Gray released a song in partnership with Young Focus, entitled We're In This Together, about poor children who are begging and starving in the streets. The music video was shot in a slum. "But if a change is gonna come/ Then it's got to start with me/ I don't ever wanna sleep again/ As long as you ain't got a home/ You can use my only bed/ To rest your weary head/ 'Cause we're in this together/ And I don't ever wanna eat again as long as you're still going hungry/ You can take everything you need/ It doesn't matter to me 'cause we're in this together, my friend," she sings. 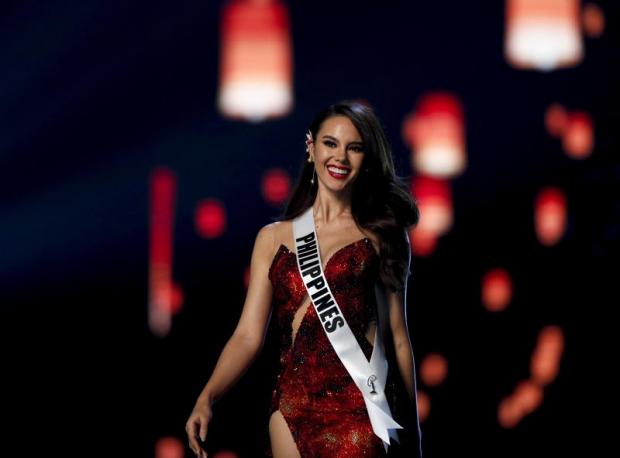 Music has a remarkable ability to connect different people across languages and cultures, Gray says, and it's a tool she hopes to utilise in her new role as Miss Universe in order to send positive messages to society. She's also excited about moving to New York to perform her queenly duties. She hopes to see all the Broadway shows and experience autumn and winter there.

Looking back at the Miss Universe 2018 pageant, Gray recalls the pressure she faced and the high expectations of fans back home. Things got overwhelming at times and it was crucial to keep strong mentally and remind herself why she was there in the first place. At the same time, it was important to be present at every moment and just enjoy the ride. She looked to her family and friends for inspiration and strength.

To her, the Miss Universe pageant is an empowering platform that promotes diversity in women and allows them to advocate causes they're passionate about on an international stage. 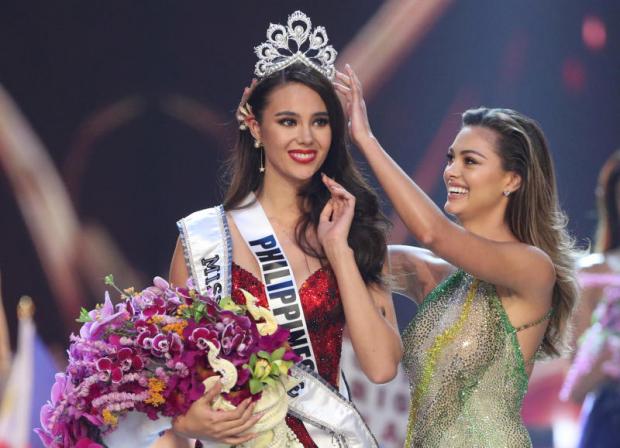 Gray said that her success was the result of preparedness and opportunity -- being prepared for the opportunity when it comes along and then giving it her all. She and her team came into the competition planned and focused -- to win it right from the start. When Thailand was confirming its status as the host for the 2018 competition several months ago, Gray was already in the country shooting a self-promotional clip, which she released as soon as the news was announced.

Gray and her team came up with signature onstage moves and put careful thought into each costume, from her arrival look to the preliminary round's phoenix gown to the blazing volcano-themed dress she wore during her crowning moment. If she faltered at any time during the competition, there was perhaps a tiny hiccup with her national costume which -- due to its weight and wheels -- prevented Gray from walking as gracefully as usual.

Some felt Gray may have been a bit too prepared and rehearsed. But how much is too much when it comes to achieving your dreams?

With her iconic strut and articulate speech, the effort she and her team put in has paid off. The crown on her head is testament to that. Gray in her national costume at Nongnooch Pattaya International Convention and Exhibition Center. 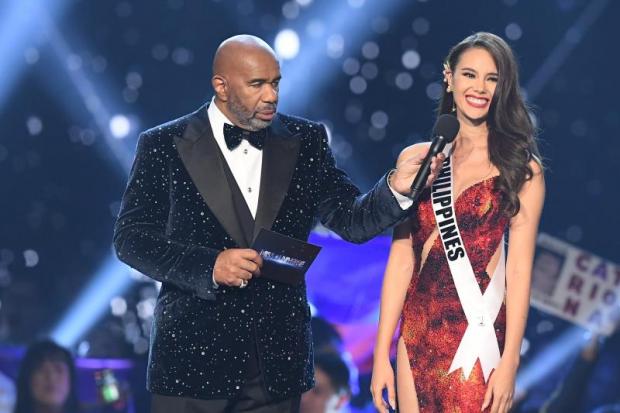 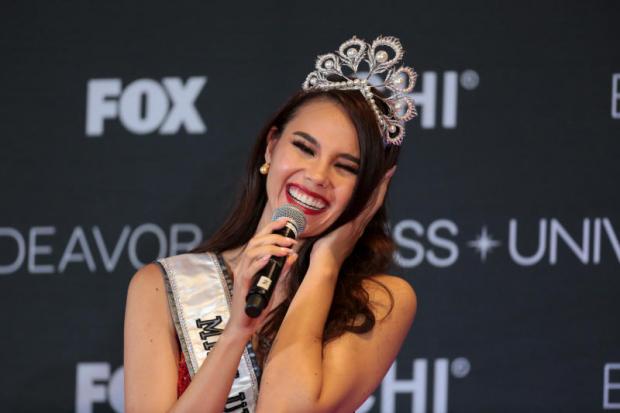 Catriona beams with happiness as she answers media questions following her win. 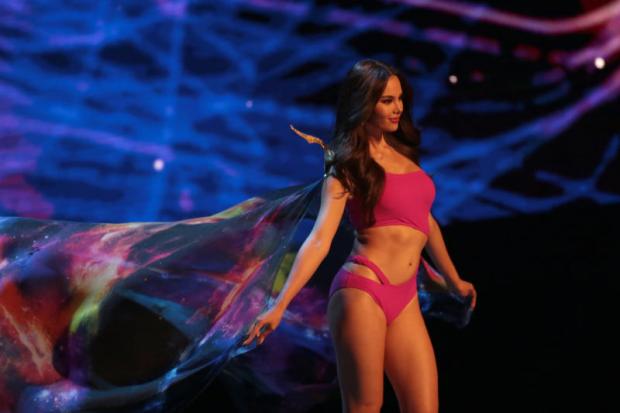 During the final round's swimsuit showcase. 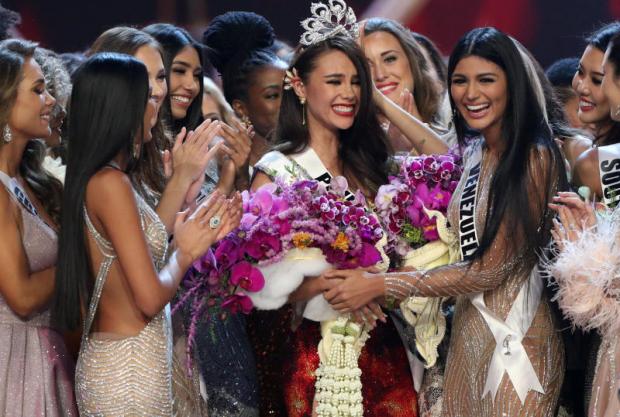 The other contestants congratulate Gray on her win. 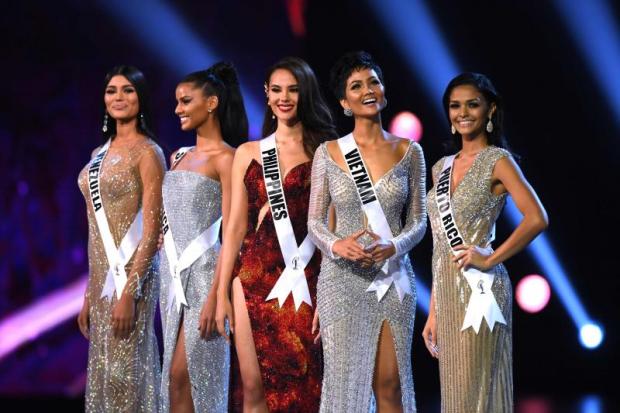 In her red gown, Catriona stands out among this year's Top 5. 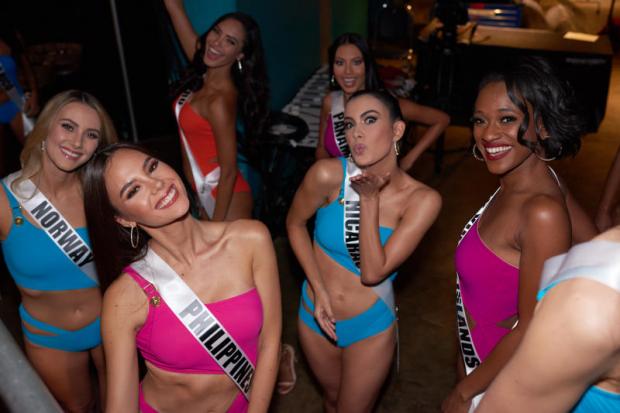 Backstage during the preliminary round. 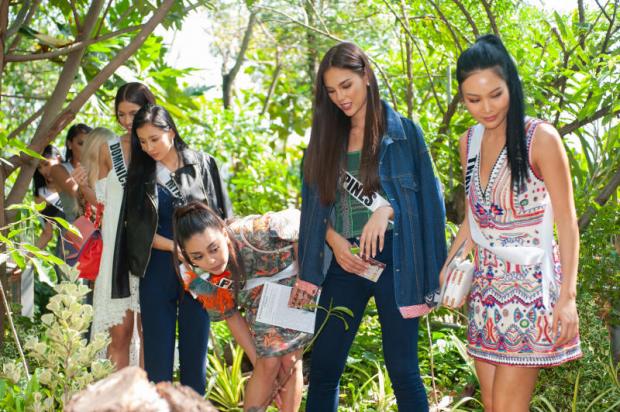 Gray and her fellow contestants go on an excursion to a snail farm.