Oops, they fell in

The woman whose driving resulted in the deaths of two people last week when she knocked their vehicle into an irrigation canal in Chiang Mai is softening her earlier stance that she did nothing wrong.

Wichitra Pukboonruang, 25, turned up at Phuping Rachaniwet station in Chiang Mai late on Tuesday night to hear three charges, including careless driving causing the death of others.

Earlier, she visited Nakhon Nayok and Bangkok, where she paid respects at the funeral of TV presenter and stylist Chaturaphat "Centimetre" Khemnak, 28, one of the two victims who died in the crash.

Her appearance at the funeral helped offset a fierce backlash Ms Wichitra suffered online after the accident, when she appeared in TV footage taken at the local police station denying she was in the wrong, and failing to offer an apology.

Video footage shared online shows Ms Wichitra's Toyota Vios hitting Centimetre's Toyota CR-V in tambon Suthep's Kan Klong Rd, knocking the vehicle into the canal. Centimetre and her companion, driver and long-term friend Supakij "Joe" Kerdsarn, 30 called out for help but died when they were unable to get free of their vehicle, which plunged into rapidly flowing waters. 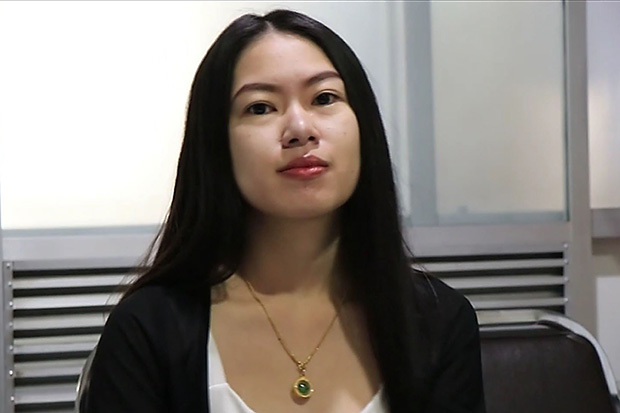 Police say Ms Wichitra was in the wrong because she was in the right hand shoulder lane used for turning but didn't in fact turn. The CR-V which was in the lane to her left tried to turn right, and the two cars grazed each other, knocking the CR-V through a road barrier.

However, in the interview at the station, Ms Wichitra insisted she was in the middle lane, even though the clip shows otherwise. She admitted she wanted to go straight, heading for Doi Kham Road skirting the canal, and sped up just before the crash.

In the clip, she could be heard asking the police to check if her face looked OK before they started filming. Her remarks upset netizens, who said she seemed unconcerned about the fact she had just taken two lives. They also bridled at witness reports from the accident scene which said she insisted on calling insurers before contacting rescuers.

"I have seen the clip and don't know what to say. She is so careless that she was able to kill two people but can still ask the police to check her face and laugh, is that right? I hope you pay for what you did," one netizen wrote.

Two locals who went to the aid of the victims, identified on social media as Maythus Muangthong and her partner Worawet Techa, said they were heading home on their motorcycle when the accident happened.

"At first both were conscious and called out for help. My partner asked them to release the door lock, but owing to their shock as the car started sinking we lost contact with them.

"As we went to help we could hear them crying out from inside the vehicle. My partner tried to break the windscreen, but we lacked the gear, so we were unable to reach them.

"We told Ms Wichitra to call the rescuers, but she insisted on calling insurers and police first," she added.

Bathing rites for Centimetre were held at Wat Rangsi Sophon in Nakhon Nayok. Ms Wichitra, who turned up belatedly after being admitted to hospital briefly with stress, redeemed her battered reputation somewhat as Centimetre's mother, who emerged a selfless hero of the saga, took her in her arms and said she bore no ill-will.

"We do not want to take legal action, we are just delighted to see her. We also asked her to drive more carefully next time, and she agreed," she told reporters.

"This incident is an opportunity to get to know each other. You could also be a substitute daughter for us," the mother said.

Police say they will call in Ms Wichitra to give more evidence before sending the file to prosecutors. 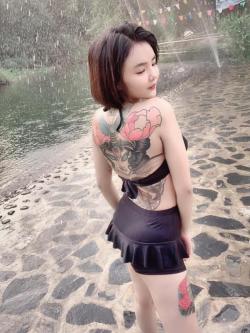 Former net idol Saitharn ''Neuy'' Wangprasert is challenging a man she identifies as an online fraudster to prove they have even met, after he claimed he had taken surreptitious images of her in bed with other men.

Neuy has complained with police after a Facebook contact, Raja Zulqarnain Haider, posted the images online, and linked her to illicit drugs.

Neuy, who is married to Panya "Keng Laiprang" Yimumphai, 33, a tattoo-clad net idol serving three years in jail on an old drugs charge, complained to police late last month when a business deal involving the sale of iPhones she entered with Mr Haider, known as Bang Jack in the Thai media, went sour.

Since then Bang Jack has escalated the dispute to demand the return of 2 million baht which he claims he paid for her husband's Facebook site, backing up the demand with online threats and leaked images. Neuy denies it's her in the pictures, or that she owes him money.

Bang Jack, who is often linked with celebrities but who appears to have no hard-won reputation of his own, was arrested in Nakhon Ratchasima three years ago for illegal entry, and now lives in the United States.

Neuy said Bang Jack contacted her a month ago, asking her to help him sell the iPhone Xs Max online for 30,000 baht. In return for picking up the phones at the airport and delivering them to customers in Thailand, he would send her fees of 40,000-50,000 baht a month. 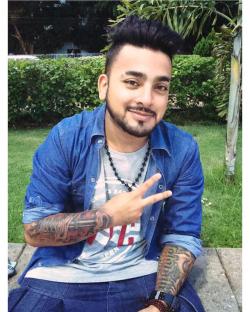 He asked to use her bank account for the transactions, claiming he had no account of his own in Thailand. Neuy said she received two transfers to her account of 30,000 baht each, which Bang Jack promptly asked her to send him.

Later police contacted her to say a customer who had ordered a phone online and sent the money to Neuy's account had complained that the phone had yet to arrive.

Neuy said she was unable to make contact again with Bang Jack, who failed to send her the phone from overseas as agreed. She was left having to repay the defrauded customer 30,000 baht from her own funds.

A current affairs TV show last week invited Neuy's mother on air to discuss the saga, with Bang Jack and Neuy joining the host briefly by phone link. Neuy's mother, Nujaraporn Pannil, wasted no time in attacking Bang Jack, saying if he and Neuy were once as close as he claims, he should present even one photograph of the two together to prove it. Neuy insists she has never met Bang Jack.

"If you have the evidence, let's see it. Aren't you an expert at leaking stuff? Let's see you reveal the truth. Don't spread lies," she said. Bang Jack, a former English teacher in Thailand, insisted they had known each other three years.

He said he refused to send Neuy the telephones to send on to customers because she did not transfer the 60,000 baht, a claim the mother, who performed the transfer herself, denies.

Mrs Nujaraporn presented a bank transfer form as proof, which Bang Jack airily dismissed, saying he had faked such documents himself, and that one could be a fraud too.

Bang Jack repeated the spectacular claim that he had sent Neuy the equivalent of 2 million baht in US currency in an iPhone box by air, but declined to say how it passed through customs, or give any details of the flight. He said he would carry on leaking the pictures, none of which can be pinned down to Neuy as the faces of the protagonists are obscured. The saga continues.

No deposit, no show 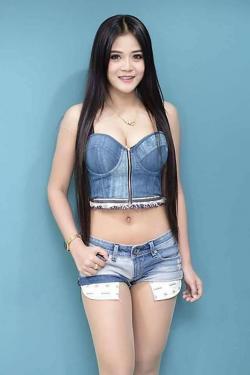 The manager of a record label has defended a no-show by his star performer at a concert in Isan last week which led to unruly scenes as fans demanded their money back.

Prachakchai Naowaras, of the indie label Haithongkham Records, says his star singer, Lamyai Haithongkham, failed to show for a concert in Samrong, Ubon Ratchathani, on Monday, prompting angry fans to take to metal barricades surrounding the stage. He said the promoter failed to transfer a deposit, and should apologise to the fan's singers for letting them down.

The 100 baht-a ticket concert was held at the local football ground with sexy Lamyai, best known for her girating-hips hit Pu Sao Kha Loh, billed as the star attraction. A series of acts took the stage first but when Lamyai had still failed to appear by 11pm, 3,000 fans were left empty-handed.

A young woman who attended the concert posted a clip of the angry scenes at the venue. The concert promoter, who took to social media the next day to clear the air, insisted he had booked Lamyai and checked with her handlers in the hours before she was due to appear. They assured him she was on her way.

"If we were not able to agree on terms of the deal they should have let us know, because I end up the damaged party when she fails to show," he said, referring to her label. 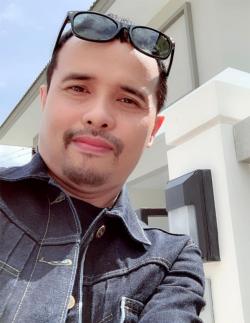 The promoter, who was not named in media reports, admitted he had reached a mere verbal agreement with the label, and intended paying her and her entourage before the concert. He did not send a deposit, but said she had not demanded one when he had hired her in the past.

However, Lamyai's manager, Mr Prachakchai, said the promoter had, indeed, asked for a deposit to cover items such as transport, accommodation, and fuel, which were not expenses his side should have to pay.

"He could have sent a deposit of as little as 3,000-5000 baht and we would have come," he said. "Lamyai had performed the night before in Nakhon Si Thammarat and planned to fly to Ubon Ratchathani on Monday as agreed. After travelling from the south we waited in the Rangsit area close to the airport for them to transfer the money, but it did not arrive.

"The promoter's team weren't interested, they wanted us to accept payment on the day. But it is not my job to spring for the air fares. Sometimes we can turn up at a concert and there's not even 20 people [in the audience] there yet. They will have us wait until 10pm to get paid. In the past we may have waived the need for a deposit, but she was getting paid just 500 baht a show back in those days," he said.

The promoter said he will hold a free concert to placate angry fans. He did not say if he would book Lamyai.