A former muay Thai boxer who sprang to celebrity status overnight after he managed to knock out three teens who harassed him and his friends outside a Chanthaburi nightspot was brought down to earth when another victim came forward to complain of assault. 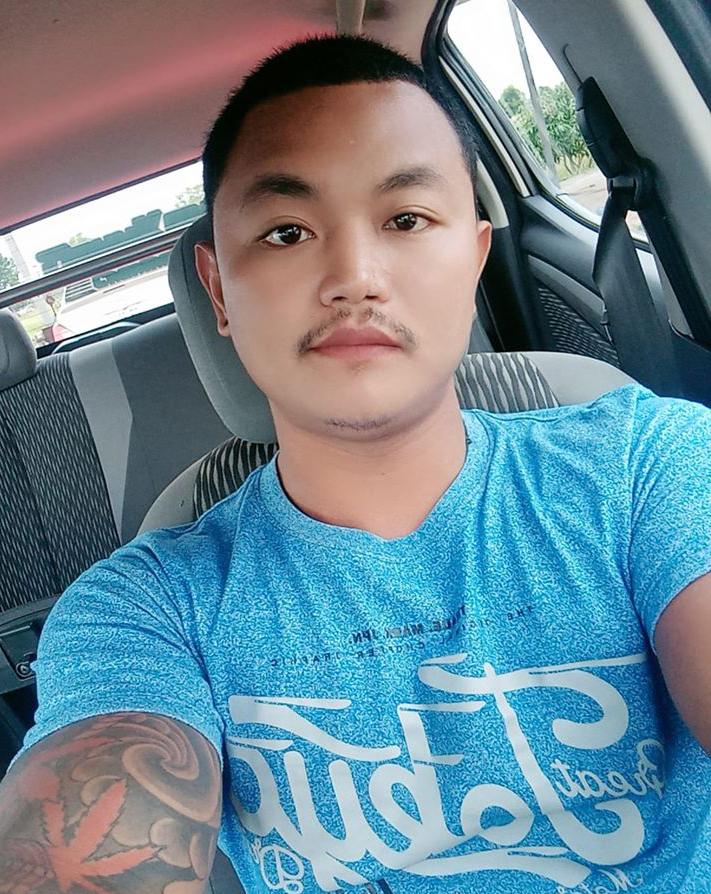 When Kritsana "Lek" Kaneh-nok on Nov 21 posted images of his exploits outside a pub the night before in which he made tidy work of three youngsters, knocking them out with a few well-executed punches to the head, he was quickly feted in the media for his boxing skills. The images show the young men in a heap on the ground, two out to the world, the third rubbing his head and wondering what happened. In later shots their girlfriends have gathered round, trying to revive them, as police and Lek look on.

Lek, a former muay Thai boxer until his retirement from the ring more than a year ago, is now a fitness trainer specialising in self-defence. He says his reputation on the muay Thai circuit in the east, earned from bouts in provinces such as Chon Buri, Trat and Chanthaburi, was nothing compared to the overnight fame he gained outside the pub that night, which elevated him to net idol status.

It also drew job offers from a Thai politician and an overseas-based Thai agency, wanting to hire him as a bodyguard, though Lek said he turned them down as he prefers to lead a normal life. Amateur boxers have been in touch wanting to try their hand, and boxing camps have invited him to sign up.

However, the attention he has earned has also complicated his efforts to make peace with his aggressors, one of whom has laid a complaint of assault. Another victim has come forward to press claims resulting from an earlier incident.

Recalling the latest drama, Lek said the youngsters picked a fight with him and two friends as they were leaving the pub. "I had been to the restroom and when I came out I saw this group arguing with my friends, who asked me to help. I stood in the centre of the group, appealing for calm, but they kept pushing and taunting, and a guy in a red T-shirt punched me in the ear," he said.

News reports said Lek responded with his boxer's instinct and training to defend himself from the attack. He elbowed the red-shirt victim, dropping him instantly. The others came at him with punches, so he hit them twice each, knocking them to the ground. His attacker in red recovered and took another swing, but Lek hit him twice, leaving him unconscious. 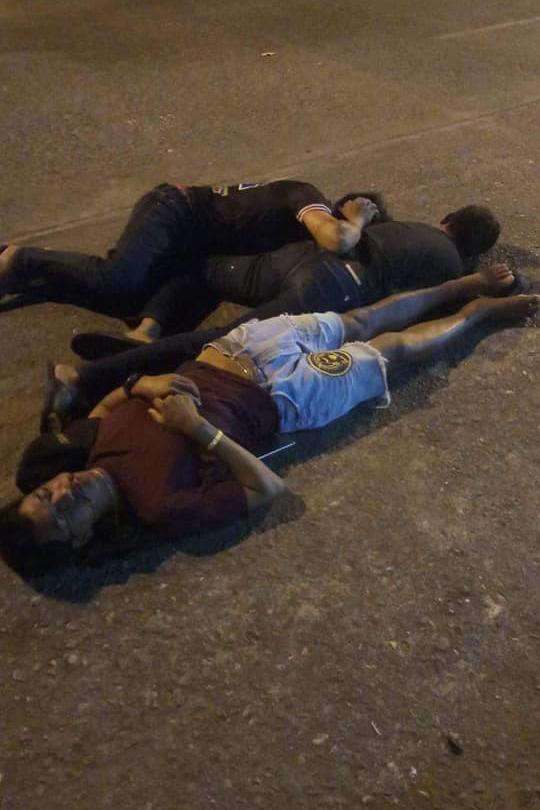 Three teens who were knocked out.

Reports say Lek revived the teens to ask why they had done it; realising what they were up against, two immediately gave him a wai and apologised. When police arrived each side blamed the other but the two who gave him the wai opted not to take matters further. The one in red, however, laid a complaint of assault. By the end of the week, after earlier declaring he had settled the row with the help of elders, Lek was grumbling on Facebook that negotiations with the young man's family weren't going so well.

"I am still confused; how can you take legal action against me when it was your crowd which attacked me first? You thought you were Jaa Phanom (Tony Jaa, Thai martial arts actor) himself, jumping and landing punches on my friends and I. You copped a beating from me in return, so what is it that you are demanding?"

He said while he was prepared to pay damages up to 100,000 baht, if his victims wanted more they would have to see him in court. Within hours of the pub saga coming to light, another young man had come forward to say Lek had attacked him in an earlier incident on Nov 14. Theerapat Yoonatdee said he and three friends were heading home near Wat Kong Sanam Pao about 3am and did a few wheelies on their motorbikes.

A group of four including Lek, on bikes behind them, asked them to stop but they fled. One of his friends wasn't able to get away and was hit by a member of Lek's group, who evidently thought they were doing wheelies as a sign of disrespect. Mr Theerapat said he asked Lek what he wanted, but without saying a word the ex-boxer hit him in the left eye and on the bridge of his nose, putting him in hospital for six days. Despite offering to help pay for his hospital care, Lek had yet to front. Mr Theerapat laid a police complaint on Nov 17.

Lek says he has since settled this matter, but the dispute with the red shirt guy is still bubbling on. Meanwhile, the ex-boxer's former girlfriend, Napaporn Seeha-onta, 26, said Lek is good-natured and playful, though sometimes forgets his own strength. He has never picked a fight, because as a boxer by trade he has to keep himself under control. If not, he could be accused of using his skills and training to pick on others, she said.

An auto parts manufacturer is being hailed for his cool temper after calmly walking away from his four-year marriage when he discovered his wife had secretly married someone else. 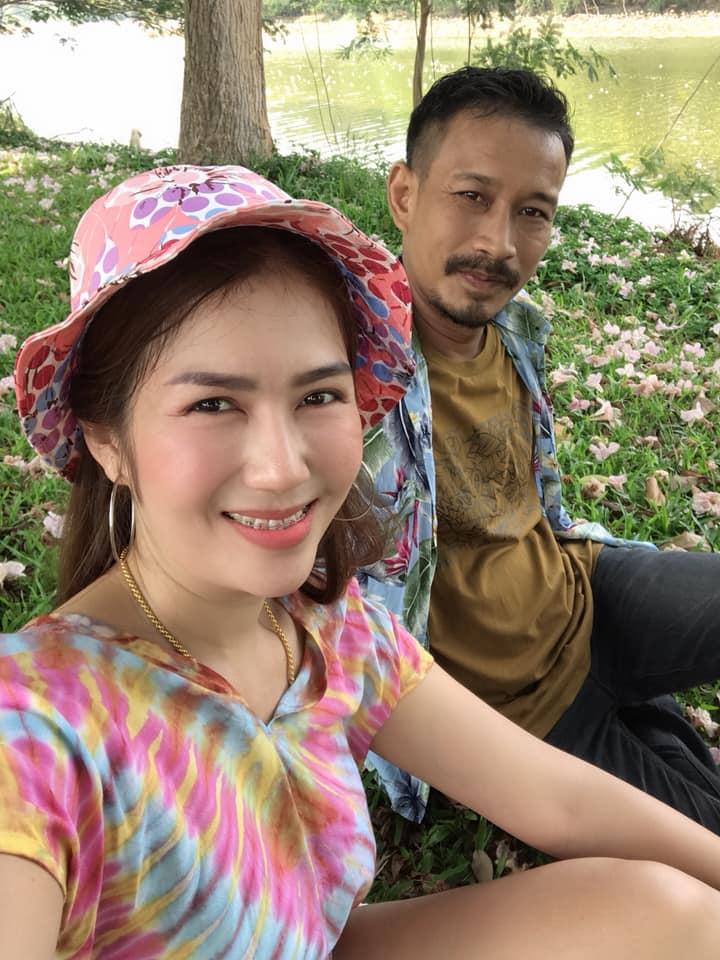 Sompop "Pop" Bunchuay, 42, has ended his marriage to a Suphan Buri woman known as Mod (assumed name), or "Phan Phan" on Facebook, after learning she had secretly married a Bangkok man, identified as "Oh", in a quiet ceremony on Oct 9.

Pop said Mod and he worked in different towns, him in Suphan Buri and Mod in Bangkok. They saw each other on special occasions and weekends, and seldom had any problems. They would also call each other before bed every night.

They went on a trip with friends to Phu Thap Boek mountain in Phetchabun on Oct 12. Earlier, someone sent him a message revealing Mod had secretly married Oh on Oct 9, but she behaved on the trip to Phetchabun as if nothing had happened.

On the way back from the mountain trip he decided to surprise Oh at his home. Oh, he said, was shocked to discover the woman he had recently taken as his wife was married to someone else. Pop said he showed him pictures of Mod on his phone and later turned up with police to help him negotiate. He learned his wife Mod was inside the house, but she locked the door and refused to come out. Security footage showed Pop behaving calmly, even offering Oh a wai on greeting, for which he received wide praise on the internet.

Pop said he was posting about his ordeal not to condemn his wife's infidelity but to warn others about the importance of staying calm in the face of such provocation. "Another couple might have resorted to violence, but I thought about my parents and my own future. Don't fall victim to a moment of passion," he wrote, adding he was not prepared to throw it all away for a woman who didn't love him any more.

Pop said he had called it quits with Mod without asking his wife to repay the dowry he gave her. Mod took from him a dowry of 200,000 baht, plus 6 baht weight in gold. From Oh, she took a dowry of 180,000 baht. On the day she left for the mountain trip, Mod told Oh she was heading to the market to sell goods, but didn't return until the following Monday.

An Amarin TV crew visited Oh's home and spoke to the neighbours, who said the wedding was held at Oh's place but few elders or family from Mod's side of the family came. However, Pop says he saw some of her relatives in the wedding pictures, so knew at least some were aware of her duplicity, but said nothing to him. He is not sure if she did it out of greed, but she has since called to beg forgiveness for her actions.

Police are investigating a fatal collision between a pickup truck and a group of big bikes in Nan which left two dead, including the singer from the band Feel.

Footage of the Nov 22 accident posted on social media, taken from the dashcam of the pickup, shows the driver trying to overtake a sedan in front in Tawangpa district, Nan on the road to Tung Chang.

Netizens said the car in front was going too slowly, but the pickup driver pulled out anyway, even though a stream of big bikes was passing him in the oncoming lane. One of the bikes hit his side vision mirror, causing the crash in which Pawarit Promdum, 27, and his co-rider, Thachaphong "Noom" Buapa, 32, singer from the band Feel, were killed. "Why would he chose that moment to take over? It's almost as if it was deliberate," one netizen grumbled. 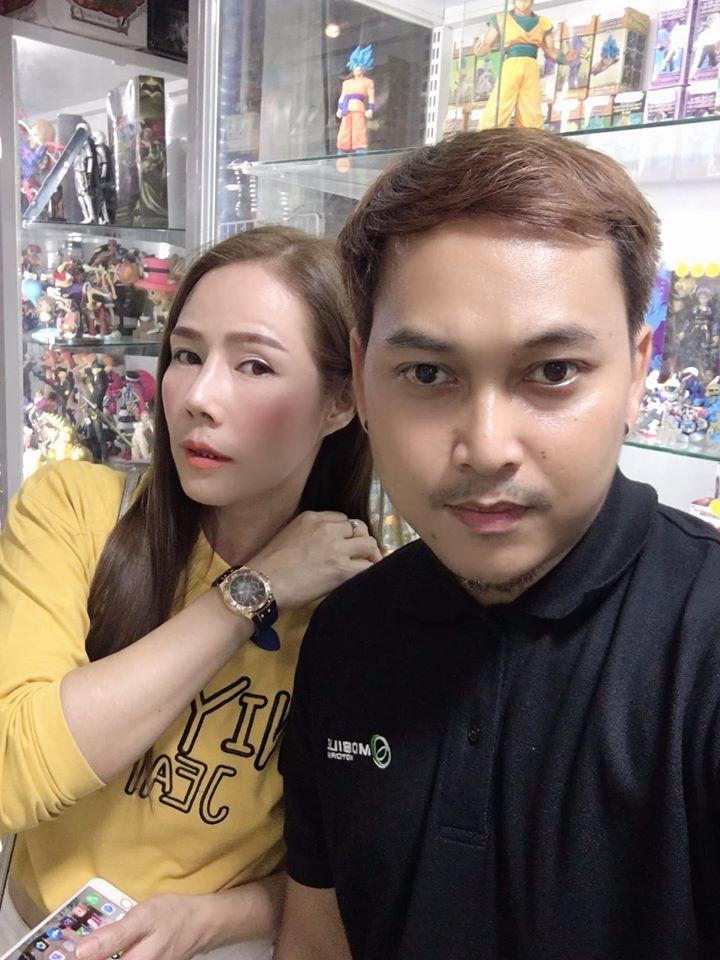 Noom's girlfriend, Sukanya Thongmak, writing on Facebook as Sukanya Mod, said the singer and his friends were heading for Chiang Rai, after praying at a nearby temple. She and Noom's mother appeared to have premonitions that bad things would follow from the road trip, and asked him not to go ahead, to no avail.

She said it was hard to come to terms with the loss, "I love you, and think of you with all my heart," she said. Police say they are still talking to witnesses and a decision on charges is pending.