Too busy having fun

Wayward hi-so businessman Jirat "Champ" Petnunthawong's legal problems are mounting with police wanting to question him over a high-speed accident on Samui island last week, and an outstanding assault case in Pattaya. 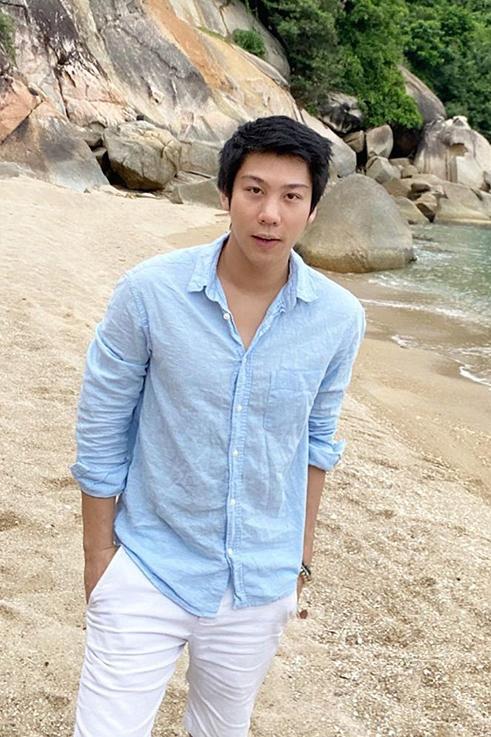 Champ and his passenger friend, model Raknapak "Namwan" Wongtanatat, were injured in the crash on Samui on Monday when his Toyota Vios rammed into a concrete barrier by a bridge in Maret district.

He was taking action to avoid a pickup truck but lost his grip on the vehicle. Witnesses said his car sped past before skidding to avoid the pickup and hitting the bridge barrier. Police found a 50m skid mark at the scene. 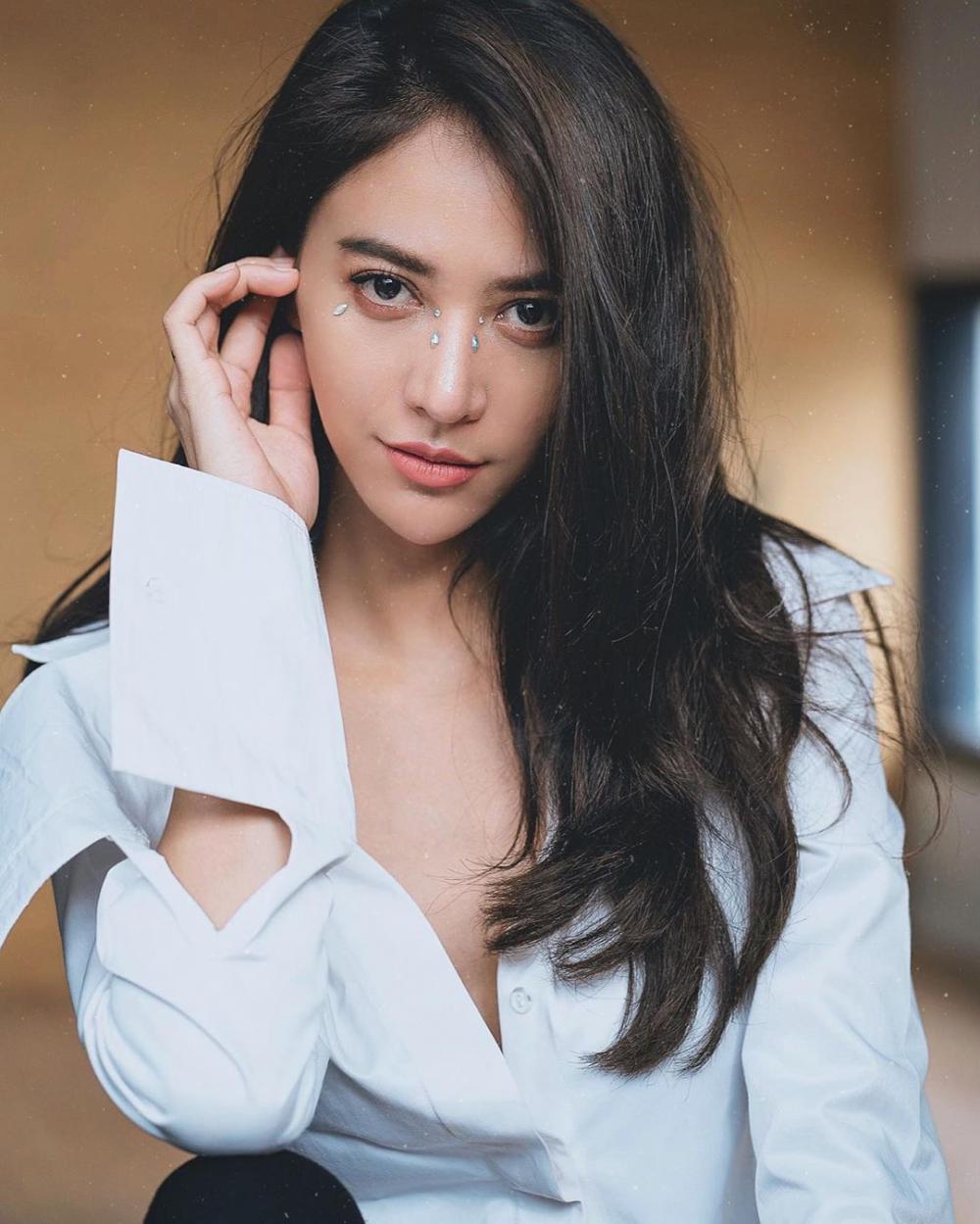 Champ and Namwan were taken to Bangkok Hospital Samui before Champ was airlifted by helicopter to see an orthopaedic surgeon in Bangkok. Champ injured his left arm, right knee, and broke his right ankle, while Namwan suffered a chest injury and scrapes to the arms and legs.

Media images showed Champ in a stretcher talking to rescue workers. Bophut police, called to the accident scene, admitted later they did not test him for drunk driving as he was talking coherently. A hospital blood test later found no signs of alcohol in his system.

Despite that, netizens lashed the police for failing to do their duty, saying they were giving him lenient treatment because of his wealth. Champ's millionaire family makes its money from hotels, asset management and spare aircraft parts.

Pol Cap Thamprasit Yongyosying, deputy inspector at Bophut station, said police would call him in for questioning once he recovers from his injuries.

Both declared on social media they were safe and thanked those worried about them. Netizens, however, recalling the pair's involvement in an assault incident in Pattaya weeks before, were less than sympathetic.

Critics joked they were more worried about the bridge than Namwan's state of health. "Is the bridge damaged?" they asked. The saga gave rise to the comical hashtag on Twitter, #Save the bridge.

Namwan, after initially taking the criticism in her stride, later retorted with legal threats. "You're cosy and warm in the online world...but you'll be all alone before the judge's bench," she grumbled.

The pair's reputation had already taken a drubbing thanks to Champ's assault case which proceeds in Pattaya without Champ's involvement, as he has yet to respond to a summons for questioning. 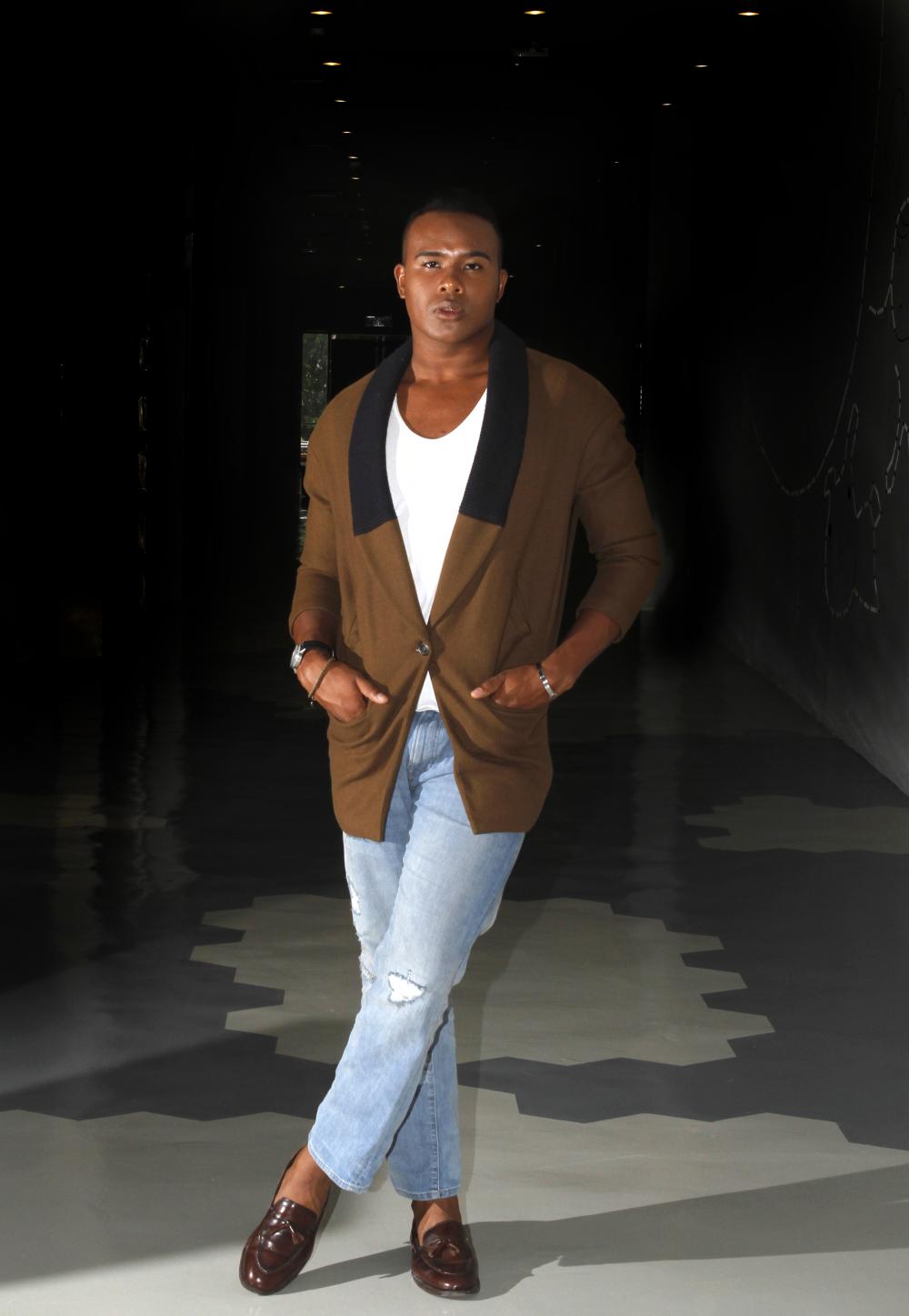 Comic actor Rusameekae "Kae" Fagerlund is pursuing assault charges against Champ after he glassed him at a Pattaya nightspot on Sept 2. Police issued a summons on Sept 5, but Champ has yet to get in touch.

They are now preparing to issue a second summons calling him in by Oct 1. if he fails to do so they will seek a warrant for his arrest.

Champ, who has a lengthy history of trouble with the law, struck Kae in the face in a fit of jealousy after he greeted Namwan, who accompanied the businessman to the nightspot, with a hug.

Champ, best known for his public scrapes with his former wife and a long-running legal dispute over a failed New Year concert he launched in 2012, mistakenly thought Kae, who is gay, was hitting on Namwan. The attack left Kae with a bloody nose and recurring headaches.

Witnesses say he fled without offering an apology, perhaps after realising that Kae, who trains in muay Thai and calls himself "Thai King Kong" was much bigger than him.

Kae, a Thai-American married to a Swedish man, said he and Namwan had worked together previously and he was offering a simple greeting. Namwan later offered an apology on Champ's behalf, but netizens rounded on the pair for Champ's poor behaviour.

Among the critics were Champ's former wife, Nicole Patanapong, former runner-up in the Miss Maxim beauty pageant, who said Champ caused nothing but trouble for her family. Outspoken DJ Paranyu "Tack" Rojanavudtitham, meanwhile, challenged Champ to a match on the TV show 10 Fight 10, a celebrity boxing tournament.

Updating fans on progress in the case last week, Kae said prosecutors could take action against Champ, or his own lawyer sue for damages. He said he had been in touch with the Swedish embassy in Bangkok asking them to ensure his safety, as he is worried about reprisals.

Despite lingering pain to his nose stemming from the nightclub incident, Kae disclosed he has also signed up for a celebrity boxing match in the second series of 10 Fight 10, in which he will take on actor Thitinan "X" Suwannasak.

Responding to the news, DJ Khemarat "Oung" Soonthornnont joked that Kae would have to distinguish between X and the person he would really love to be hitting when he climbs in the ring in early November. The saga continues.

Keeping her head above it

Italian-Thai model Sarah Casinghini is coming under fire for the way she treats her six-year-old son with singer and actor Pirat "Mike" Nitipaisankul, who has launched a high-profile legal bid to gain joint custody over the child. 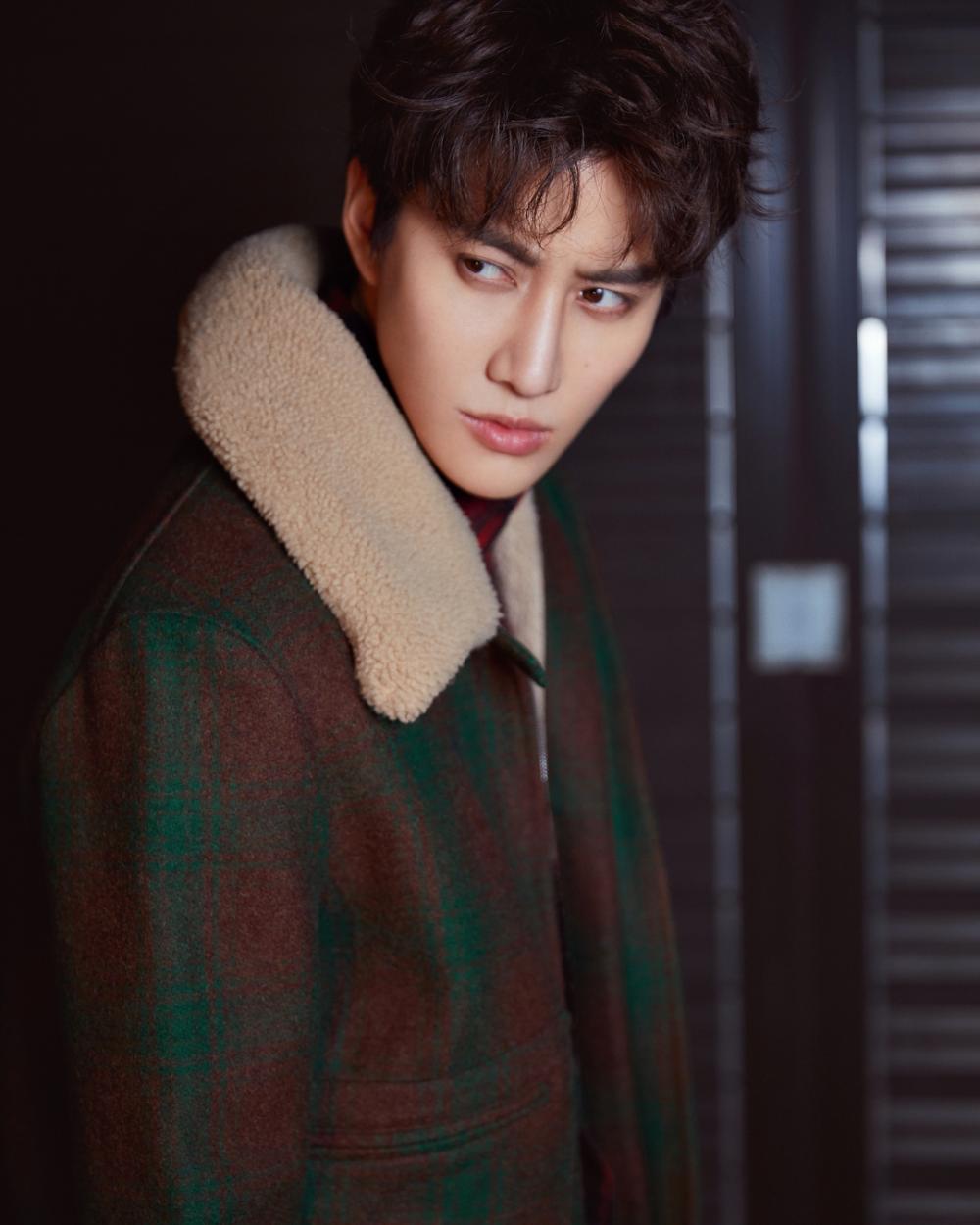 Mike asked the Central Juvenile and Family Court to recognise his legal rights as the boy's father, a move opposed by Sarah, who said Maxwell should decide what he wants when he is older. Maxwell lives with Sarah's family in Phuket. At present sole parental rights belong to Sarah as the boy was born out of wedlock.

Fans on both sides of the growing split are digging up evidence against each other since news of Mike's court bid emerged. The actor, who works in China, said he has paid almost 10 million baht on Maxwell's upkeep since he was born but is given little say over the child's welfare. Sarah, he said, had forbidden him access to the child for months and severed contact.

Mike was originally seen as a reluctant dad, amid reports soon after the child's birth that he insisted on a DNA test to prove his paternity. However, public opinion swung back in his favour after revelations the test was sought by parents on both sides amid claims Sarah was playing around.

Defending her stance against Mike's joint custody bid, Sarah claimed that Mike wanted to cut corners on maintenance which would diminish the boy's quality of life. She denied asking anything of Mike and said she was happy to raise Maxwell herself. Mike's lawyer, however, released a list of six demands in which she asks him to boost his child support even as he asked her to cut costs modestly to help him during the Covid-19 slump. 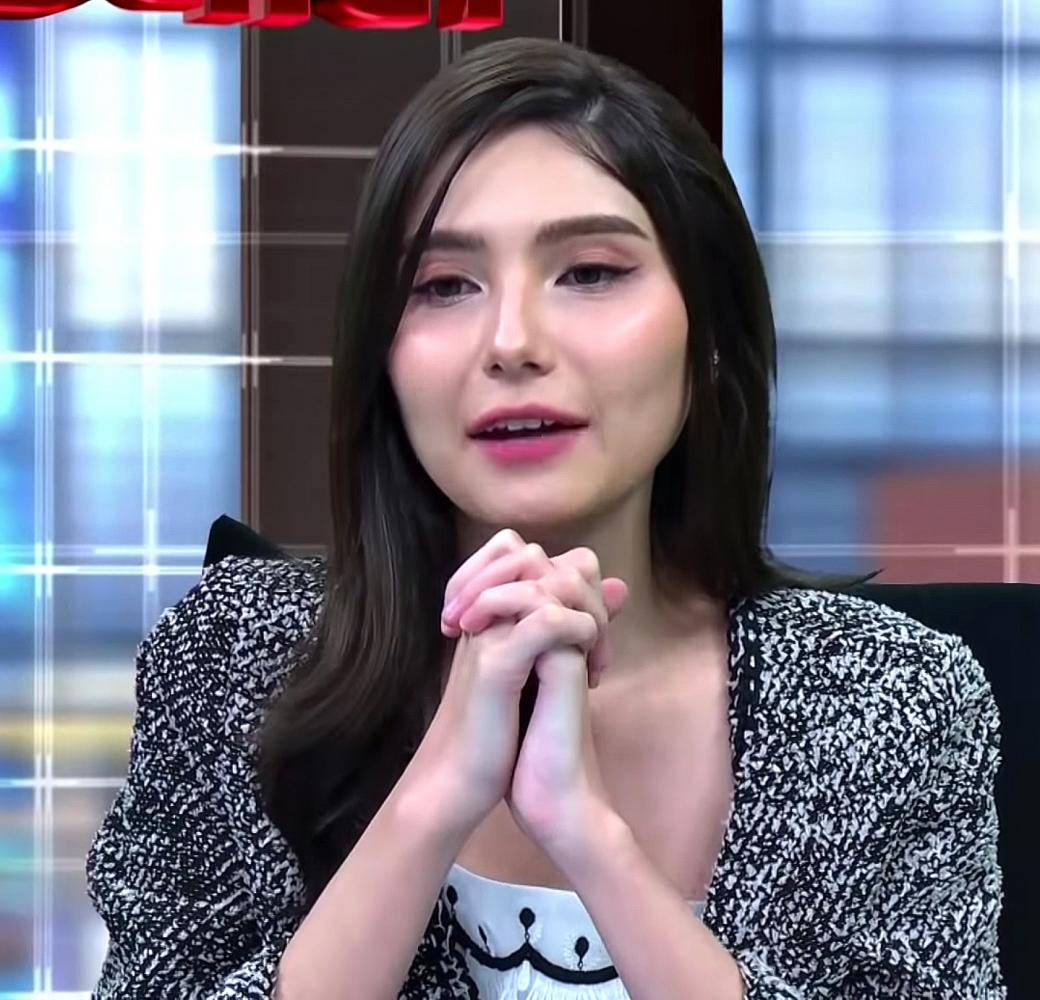 In the past week, as the dispute rumbled on, the young mother came under renewed fire from netizens, who accused Sarah of coaching Maxwell to criticise his father publicly, exploiting the child to sell goods online, and failing to ensure his safety. First to draw netizens' ire was an Instagram live session with Maxwell in which Sarah was reading out messages on social media to her son. "There are people here who say Daddy loves Maxwell very much," Sarah says. Max, however, demurs, asking "Really?" She replies, "Really"

But he counters her again, saying: "Are you sure you're not lying? So why were we booted from our condo?" He was referring to claims that Mike had them tossed out of their condo in Bangkok before Sarah later moved the child to Phuket. Sarah reprimands the child, telling him not to talk that way about his father, but netizens asked if she had coached him to say the words. Mike's elder brother, Pichaya "Golf" Nitipaisankul, said there was no way his nephew, a cheerful, lively child, would say such a thing. 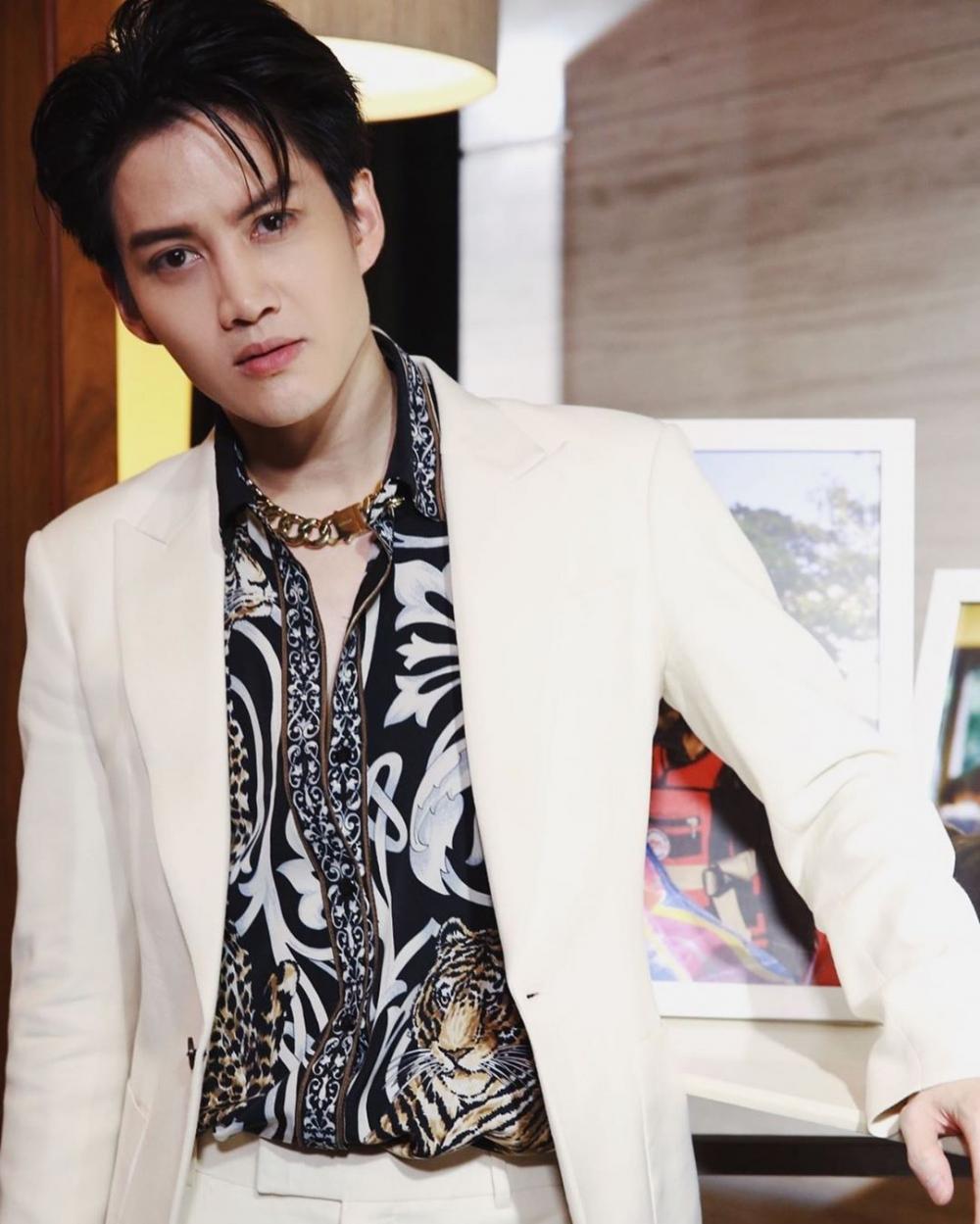 "What did you input into his head? I feel sorry for my nephew, having to be in an environment such as yours. You're a mother in what language?" he asked caustically on social media.

"Before you go to bed, take a good, hard look at yourself in the mirror. When you leave the home, are you ashamed each day? Ask yourself, 'Is there anything left of me which I would still regard as human?'

Later in the week, Sarah was engulfed in a new drama when netizens unearthed a clip of her with her son, who was evidently unwell, as she hawked cosmetics online. Netizens said she was exploiting the child for commercial purposes.

Her list of demands, which critics say are excessive, ask Mike to pay school fees at an international school or equivalent until Max is able to look after himself, up to "doctorate" level at university. His maintenance payments should last just as long, she said.

Sarah had also asked for an increase in her allowance to 50,000 baht a month, and demanded he buy Maxwell a condo in Bangkok so he would have somewhere to stay close to school. She also insisted he not try to make money from the boy's name by having him work in the industry or posting his image to social media -- an act she has now been caught out doing herself, critics say.

Most recently, fans have bridled at a clip taken from Sarah's YouTube channel from March last year in which a teenager has taken Maxwell for a swim. She plunged him underwater without warning, prompting him to cry for his mother, who was filming the episode. Rather than reprimand the teen, Sarah laughs and tells him to stop crying or they will go home. This prompted another blast from Golf about Sarah's parenting skills. The actress has yet to respond to the latest dramas.