This is the first art show in the Kingdom by the highly recognised Danish and German artists.

A former cartoonist who later made his name in the Copenhagen art scene, Kvium brings oil-on-canvas paintings in Baroque style inspired by universal conflicts such as the body, family relations and vanity.

His confronting motifs are illustrated in the form of human figures in various scenes. Distorted figures with abnormal faces are the main subjects in his paintings, many of which show an androgynous face closely resembling his own, using the chiaroscuro technique.

Kvium has exhibited internationally in Germany, Cuba, Norway, Belgium, the Faroe Islands and China. He has earned numerous awards and nominations including the highly coveted Eckersberg Medal and a knighthood from Queen Margrethe II of Denmark. 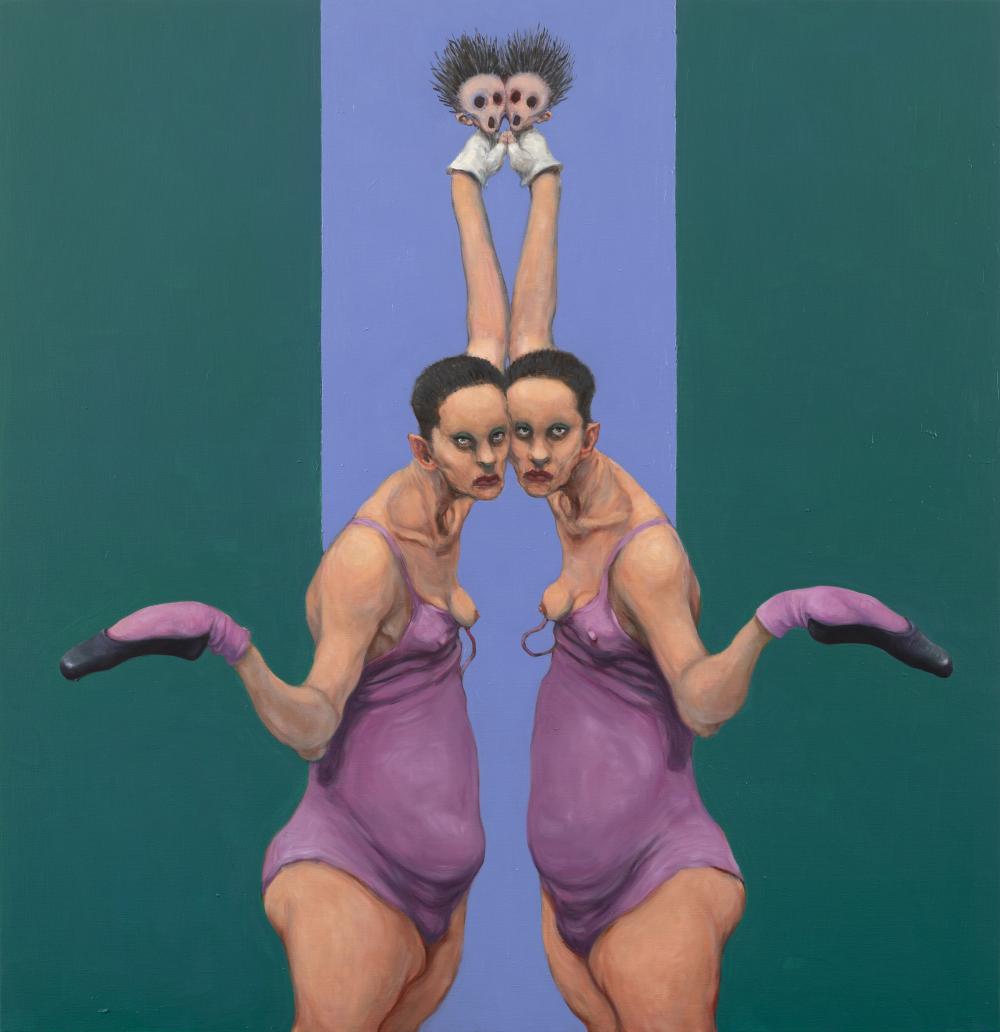 Lemmerz, meanwhile, showcases marble sculptures that circle around the concepts of life and death, will and oppression, combining the classical art of sculpting with contemporary issues of the world.

Born in Germany, he now lives and works in Denmark and Italy where he expresses himself in a variety of media -- film, performance, sculpture, drawing, painting and installation works, many of which exceed taboos and engage in the conditions of human existence.

Tang Contemporary Art is on the 2nd floor of River City Bangkok, Charoen Krung 24, and opens 11am to 7pm Tuesday to Saturday.