The meat of the matter
Life
Social & Lifestyle

The meat of the matter

Wanna* was looking forward to a party with her friends at home and preparing sliced pork for a BBQ hotpot.

However, little did she realise that the simple preparation process could send her into a coma.

The 49-year-old lecturer from a university in Phitsanulok province passed away a few days later after being diagnosed with a deadly infection caused by a bacteria known as Streptococcus suis. Prior to her death, she had diarrhoea and vomiting and was sent to a hospital where she also started suffering from bone pain, shivering and later kidney failure and septicaemia.

Wanna's death made headlines recently and raised questions if handling raw meat could be potentially detrimental to health, especially now that more people are cooking at home due to Covid-19 fears. Yet, it turned out that Wanna had an open wound on her hand when she handled the frozen pork which killed her days later.

Suwapat Kittibunchakul, a lecturer from Mahidol University's Institute of Nutrition, said the fact that people get infected from handling raw meat through their skin or wounds is possible although chances are very low, especially when compared to other channels of infection.

"The skin provides protection from things that are harmful to the body. However, in this case, the deceased had an open wound [on her hand] which served as a pathway through which the bacteria got into the body. In normal circumstances, this does not happen often because not all micro-organisms can get into the body through the skin," Suwapat said.

Streptococcus suis is a pathogen found in living pigs and without an open wound or a cut on the skin, the bacteria cannot enter.

But Suwapat's concern lies in the fact that people touch Streptococcus suis contaminated pork and then their eyes.

According to data from the National Institute of Health under the Ministry of Public Health, Streptococcus suis has an incubation period of one to three days. Infection in humans can lead to symptoms like fever, shivering, fatigue, nausea, headache and hearing loss. In severe cases, Streptococcus suis can be deadly as patients fall victim to septicaemia.

Suwapat added that besides Streptococcus suis, other bacteria that can get into the body through a cut skin are anthrax, leptospira (spread through the urine of dogs, rodents and farm animals) and certain types of worms.

Although we hear a lot about bacteria in red meat, it doesn't mean these germs do not exist in white meat. Certain types of harmful micro-organisms, according to Suwapat, can be found in both red and white meat and are equally dangerous while some are more common in white meat such as the Salmonella bacteria.

When it comes to supply chains for meat and poultry, slaughterhouses are used to transport meat from farms to consumers. While farms and slaughterhouses are regularly monitored and certified by the Department of Livestock Development, small, old or unqualified ones can fall off the radar.

"Slaughterhouses are a significant factor here when it comes to food safety," Suwapat commented. "In most cases, the meat of living animals doesn't contain pathogens. But the process through which the animals are killed and handled including containers can lead to contamination. 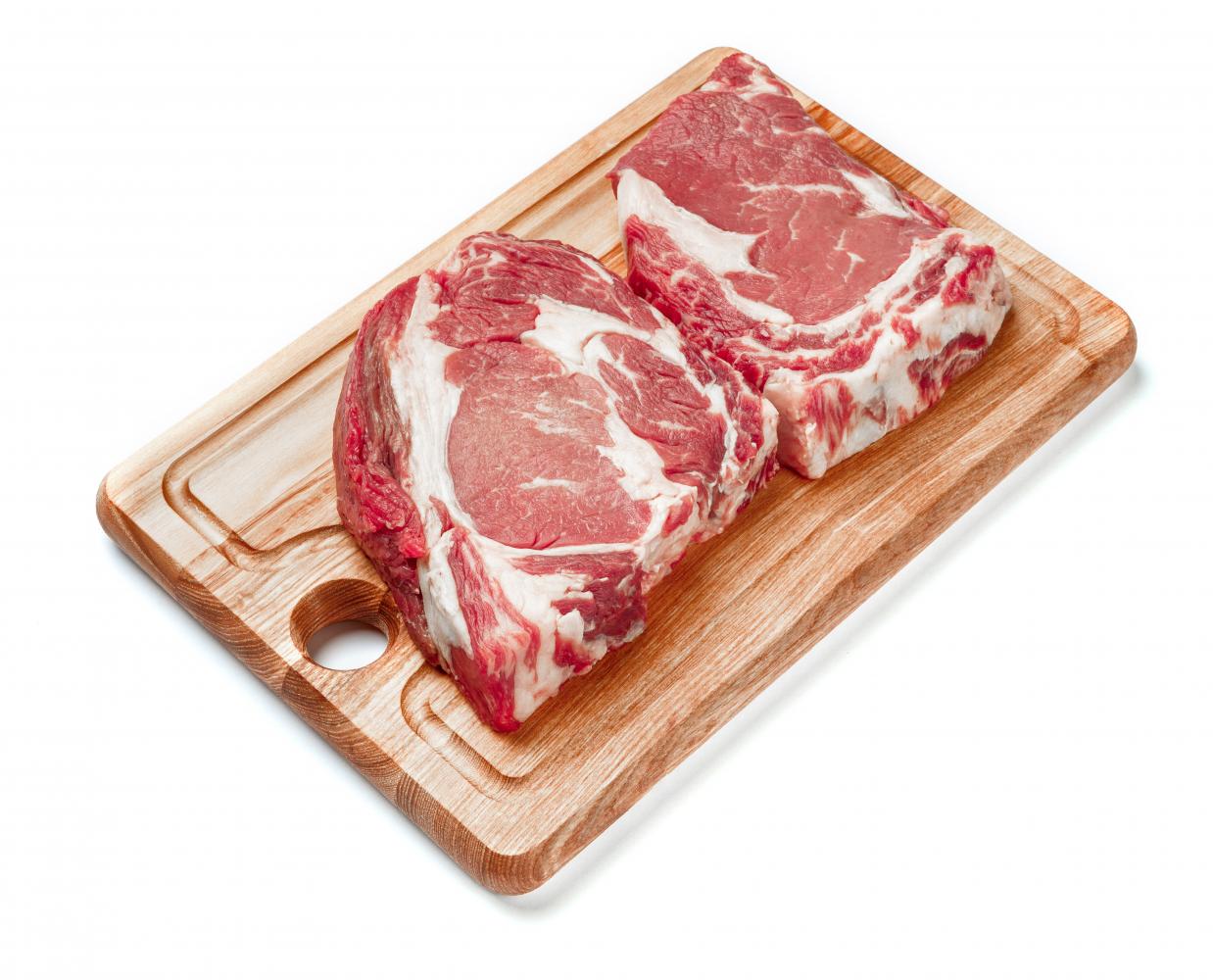 "Thailand has implemented certain standards that monitor farms and slaughterhouses, including the Good Agricultural Practices (GAP). Before meat products leave slaughterhouses, they are checked again. Distributors and transporters must also be qualified and certified."

Most pathogens that exist in animal meat can usually be destroyed by a temperature of over 70C, but to ensure that these unwanted micro-organisms are killed, the temperature and duration must correlate.

Frying, boiling, grilling and steaming usually means the temperature goes above 100C which, according to Suwapat, is enough to kill germs in five to 10 minutes.

"But five minutes at 70C might not be enough," she noted.

Manufacturing protocols and standards are one thing but what consumers can do to protect themselves against bad meat is to remain vigilant when making purchases. Buy meat from reliable sources or stores, preferably with recognised standard certification.

"Buying meat products from supermarkets is usually safe to a certain extent," Suwapat explained. "But if you buy them from fresh markets or small street vendors, take the level of hygiene into consideration. The place should be clean and so should the meat products. Check if the meats are stored in the refrigerator. If not, check how long they are left at room temperature. In a tropical country like Thailand, the higher the temperature, the more germs can proliferate."

Next, look carefully at the colour of the meat, added the lecturer. Red meat should be pinkish and not too dry. White spots on the meat surface could mean worms. Brownish meat also means it is not fresh and bruises could mean the meat comes from sick animals.

"Green or grey meat means it is turning bad while a pale colour signifies the meat is from unhealthy animals," she added.

At home, meat should always be stored in the fridge but refrigerated meats should not be kept for more than two to three days. Nonetheless, meats frozen at a temperature of below -20C can be stored for months.

Before cooking, wash the surface of the meat to prevent contamination. Using clean containers and cooking utensils is also paramount.

When handling meat, personal hygiene is important, Suwapat advised. Cooks should wear gloves (and protective masks in some cases) to prevent possible contamination.

"Meat handlers should also wash their hands both before and after touching products. When you finish prepping meat for cooking, always wash your hands before touching something else," Suwapat concluded.

* Not her real name.