Netizens back Chula student activist's attempt to save Scala

published : 12 Sep 2021 at 16:10
writer: Saritdet Marukatat
Chulalongkorn University Student Union leader Netiwit Chotiphatphaisal holds a placard during a rally against a plan to turn Scala to be a shopping mall, on Friday. (Photo from NetiwitC Twitter account)

Netizens are throwing their support behind a low-profile campaign by a student activist and friends trying to prevent the razing of a beautiful old cinema to make way for another shopping mall in Bangkok's Siam Square.

"Totally agreed. We have too many shopping centres in this country, especially at Siam Square and Chula," Yingcheep Atchanond, manager of Internet Law Reform Dialogue (iLaw), tweeted on Sunday.

He was one of the supporters of Netiwit Chotiphatphaisal, who led a dozen Chulalongkorn University (CU) students in a protest outside Scala against a project by Central Pattana Plc to turn the magnificent old building into another shopping mall in the heart of the city.

"No more malls. Scala must be for everybody," read another banner held by a student protester.

Mr Yingcheep, a familiar face of iLaw in its mission to protect human rights and offer legal assistance for anti-government protesters, agreed. "We lack space for other activities," he said.

Central Pattana has been selected by PMCU, the property management arm of the university, to develop Scala for commercial use. No details have been provided by PMCU or the project winner.

Several land plots in prime locations owned by CU have been turned into malls, the latest one being Samyan Mitrtown opposite Jamjuree Square, another mixed-use building.

Past and present students have cried foul over the university's decision to place more importance on making money than promoting education and preserving the community. A rally was previously held to prevent the school's property office from removing an old shrine to make way for a profit-generating dormitory.

"I am a (CU) student in an era when the campus is surrounded by shopping centres," wrote another Twitter user registered as tula. 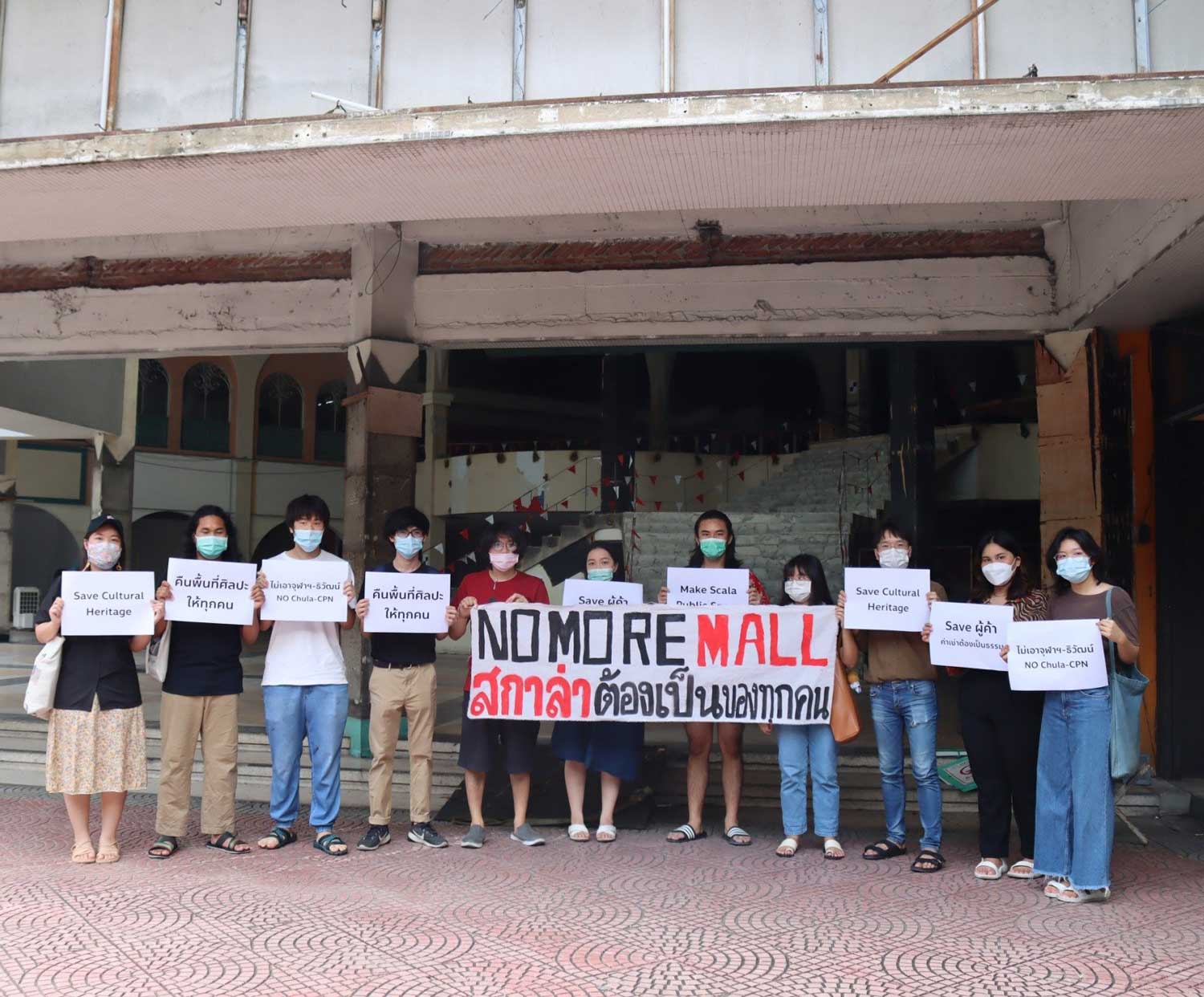 The Student Assembly of the Political Science Faculty on Friday supported a call to turn Scala into public space for students and the general public to hold activities.

Scala, regarded by movie-goers and architects as one of the grandest buildings in the country, closed its curtains forever in July last year after more than a half-century of entertaining people.

The cinema looks set to follow its predecessors Siam and Lido, which have already made way for malls.